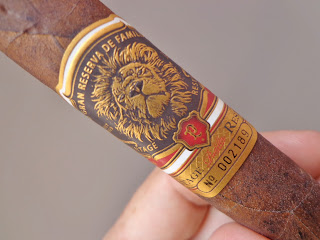 First of all I like to give a big thank you to John Sandlin at Oliva Cigar for this cigar and information about the cigar. I met John at IPCPR and we chatted for a few minutes and he handed me this stick for me to review. 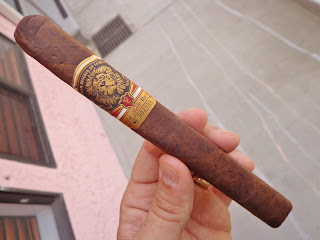 This dark chocolate, well constructed, minimally veined cigar was boxed pressed and felt nice in my hand. No soft or hard spots. I took the cigar from it's cellophane casing and looked over the nice band on it. At first I thought it had a double band but it didn't. It was a brown, gold, red and cream colored single band with a lion's head on it. It also had a serial number along the bottom that reminded me of the Padron Anniversary cigars. I smelled cocoa and hay from the foot and strong barnyard from the stick. The cigar had a light sheen to it. I clipped the cap and took an open dry draw of cinnamon and spice. I toasted the foot and tasted notes of leather and cedar from the full smoke. Later spice and nutty notes joined the cedar and leather I tasted in this first third. The nice dense gray ash fell for the first time about an inch in and the burn was even for the most part. 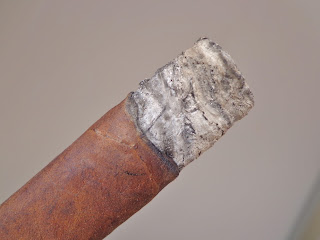 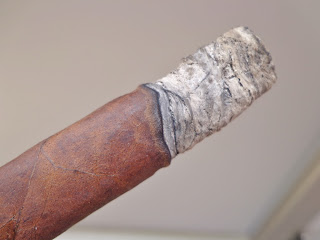 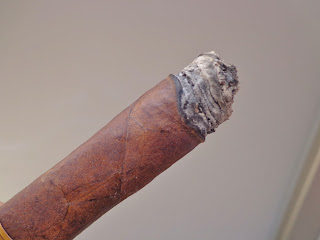 The second third and the ash would fall again an the burn remained even. Nice full smoke continued to flow from this cigar as I tasted hints of nuts, cocoa, molasses and roasted coffee.The ash fell again toward the end of this third. The cigar's band came off without incident of tearing. There wasn't any cracks, tears or defects underneath the band. 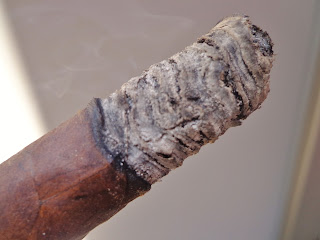 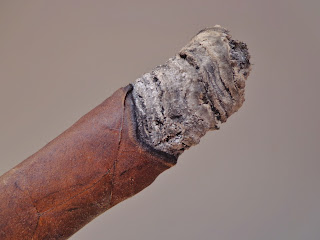 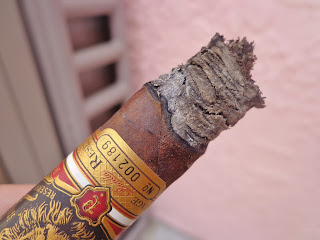 The smoke continued to pump out full and creamy in the last third of this very nice cigar. The burn was even and the ash fell once more. I tasted wood, cedar, roasted coffee and cocoa. I smoked this cigar until I couldn't smoke it anymore. 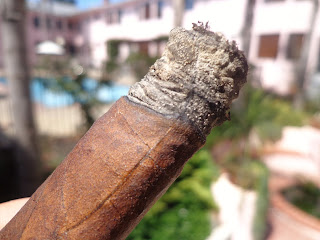 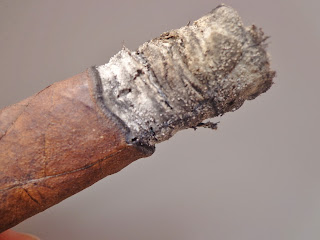 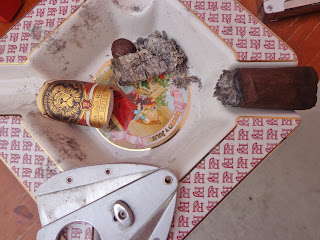 This was a very fine smoking experience and a Cigar Assessor's Approved Cigar. If you find this regular limited production cigar at your local B & M you should give it a try. You'll be glad you did. - August 19, 2013 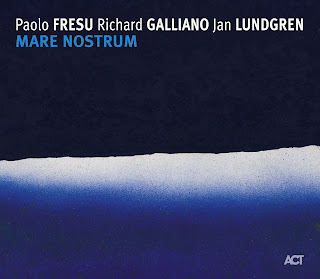 Posted by Cigar Assessor at 7:35 AM