Friday night, I along with my friend Armond attended the Montecristo Social Event at the Standard Hotel in downtown Los Angeles. We were excited to finally get there, after driving over an hour and a half in traffic to make the 6:00pm start. The same distance took us 20 minutes to get home later.

When we got off the elevator to enter the roof we walked toward the Montecristo Event sign. It was a beautiful evening. We walked to the sign up table and met Ashley Duff who checked us in then handed us each two drink tickets and a Romeo y Julieta RyJ cigar. (See review)

We grabbed a beer from the bar and found a table to sit down. There was a slight breeze so we couldn't use the wooden matches laid out on the tables to light our cigars. So, I pulled out my Colibri Stealth 3 and shared it. People really loved the lighter. Another gentleman, Steve Webb was sitting at the same table and we talked cigars for a while. Really nice guy.

Waiters walked around with trays of fine finger foods. Seared ahi, bacon wrapper shrimp, mini-burgers, chicken and waffles. They also had a table of chips, dips and cold cuts.

Soon after, Larry Palombo, VP of Tobacco Altadis U.S.A., came and sat at our table and took out packages of Ligero, Viso, Seco tobacco leaf. Wrapper, binder and filler were given to us to feel and smell and then a little education followed each leaf. Larry then took some filler and bunched it up, folded it and then rolled it with a binder and then wrapper. 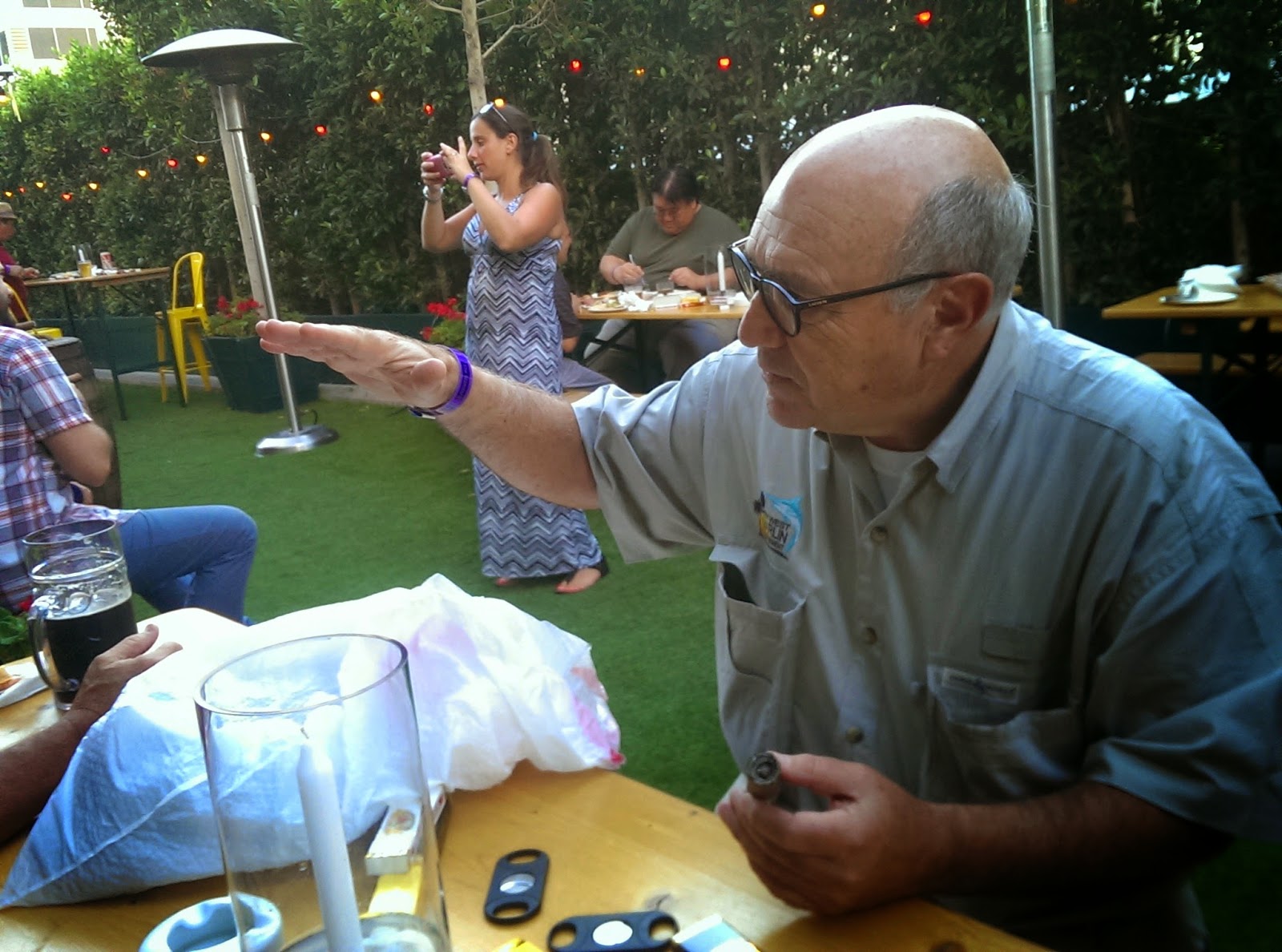 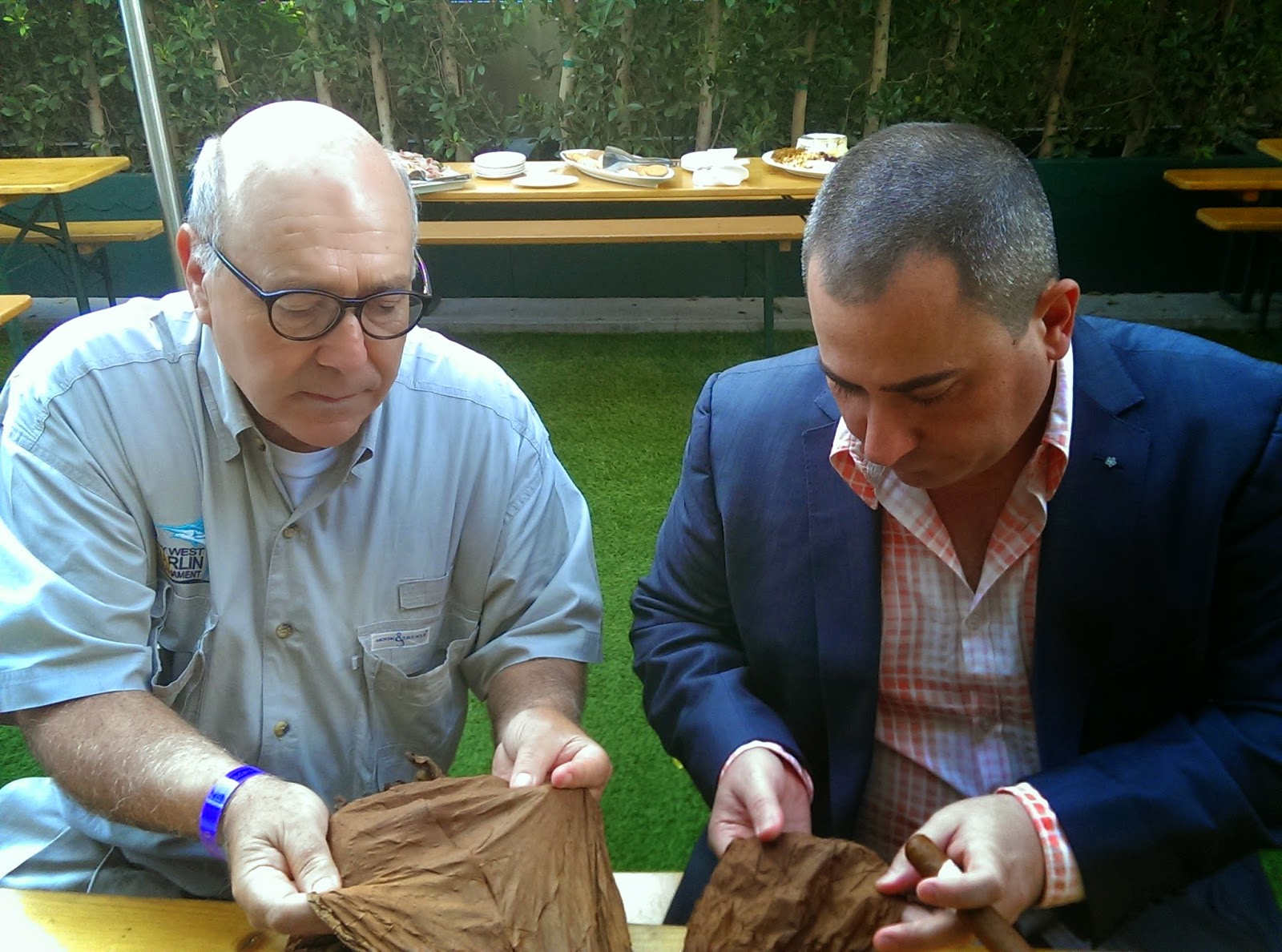 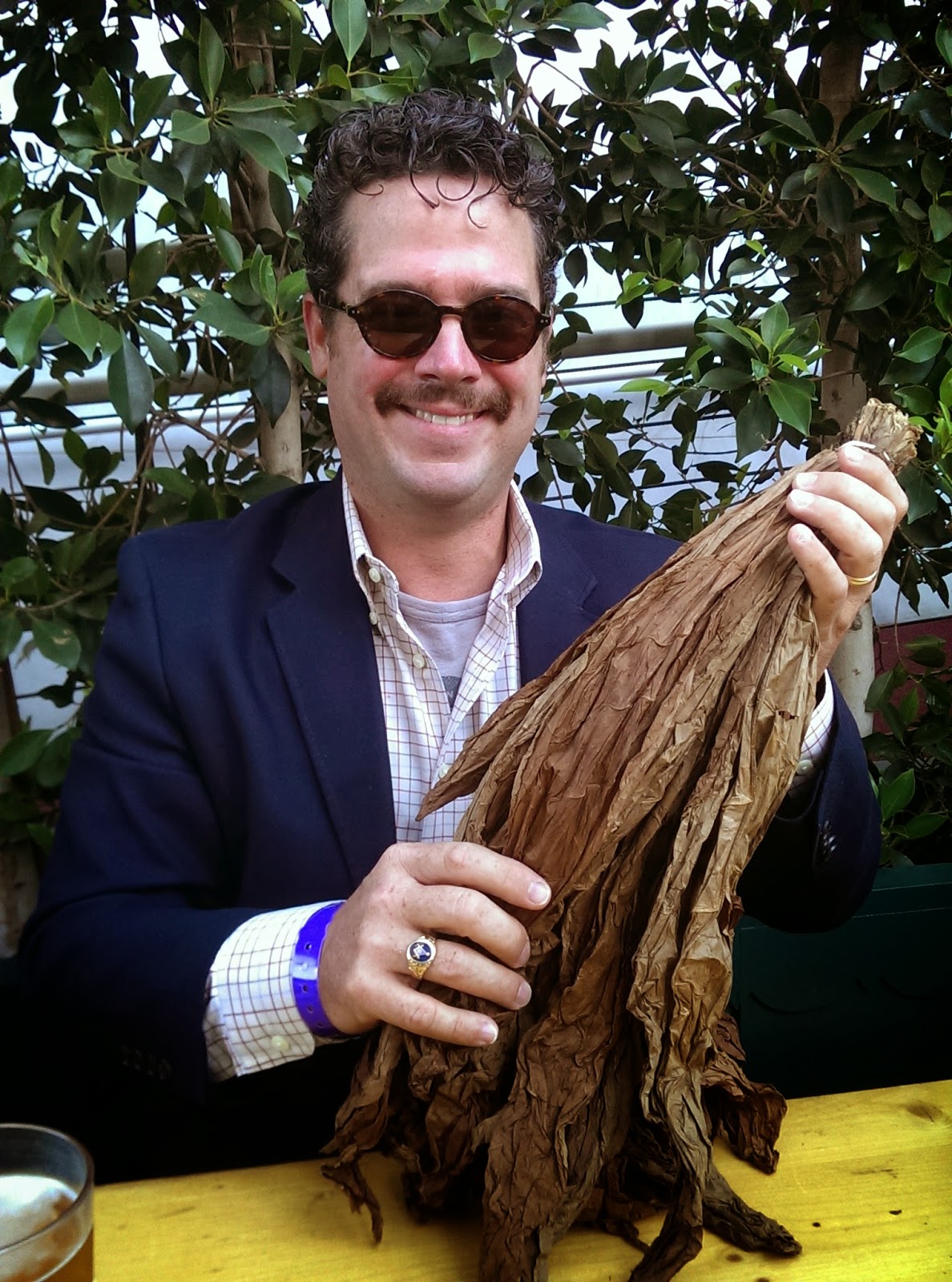 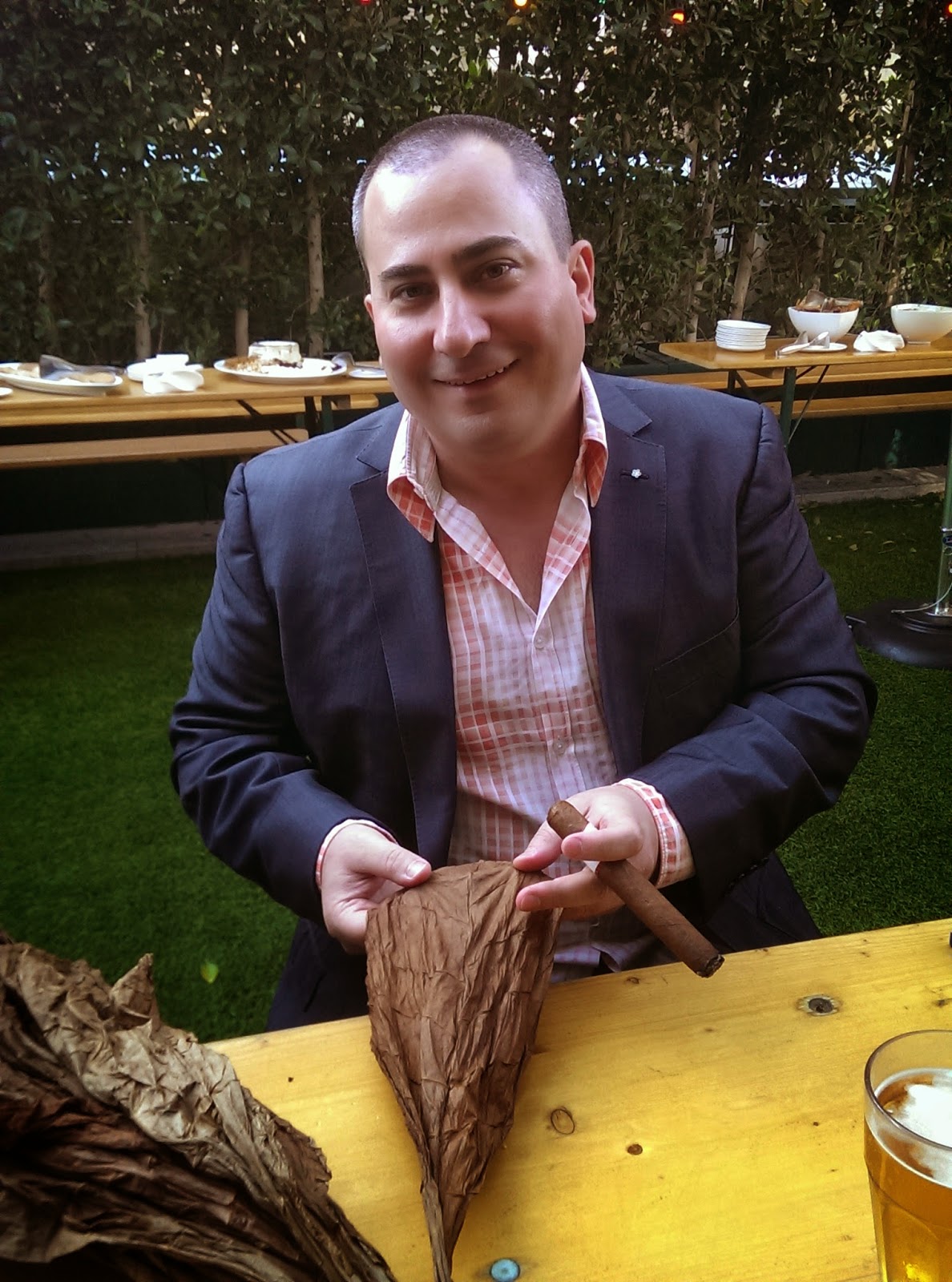 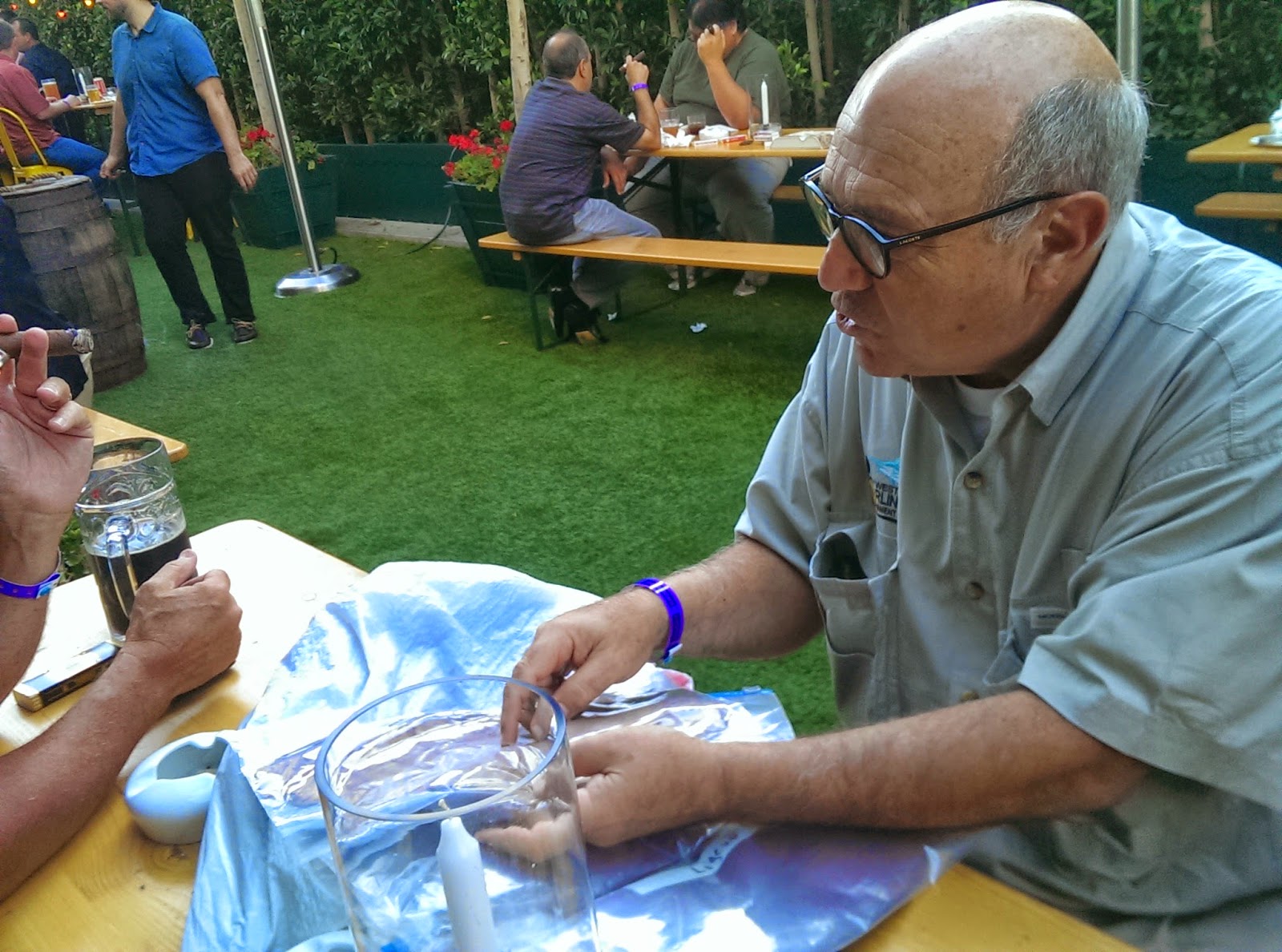 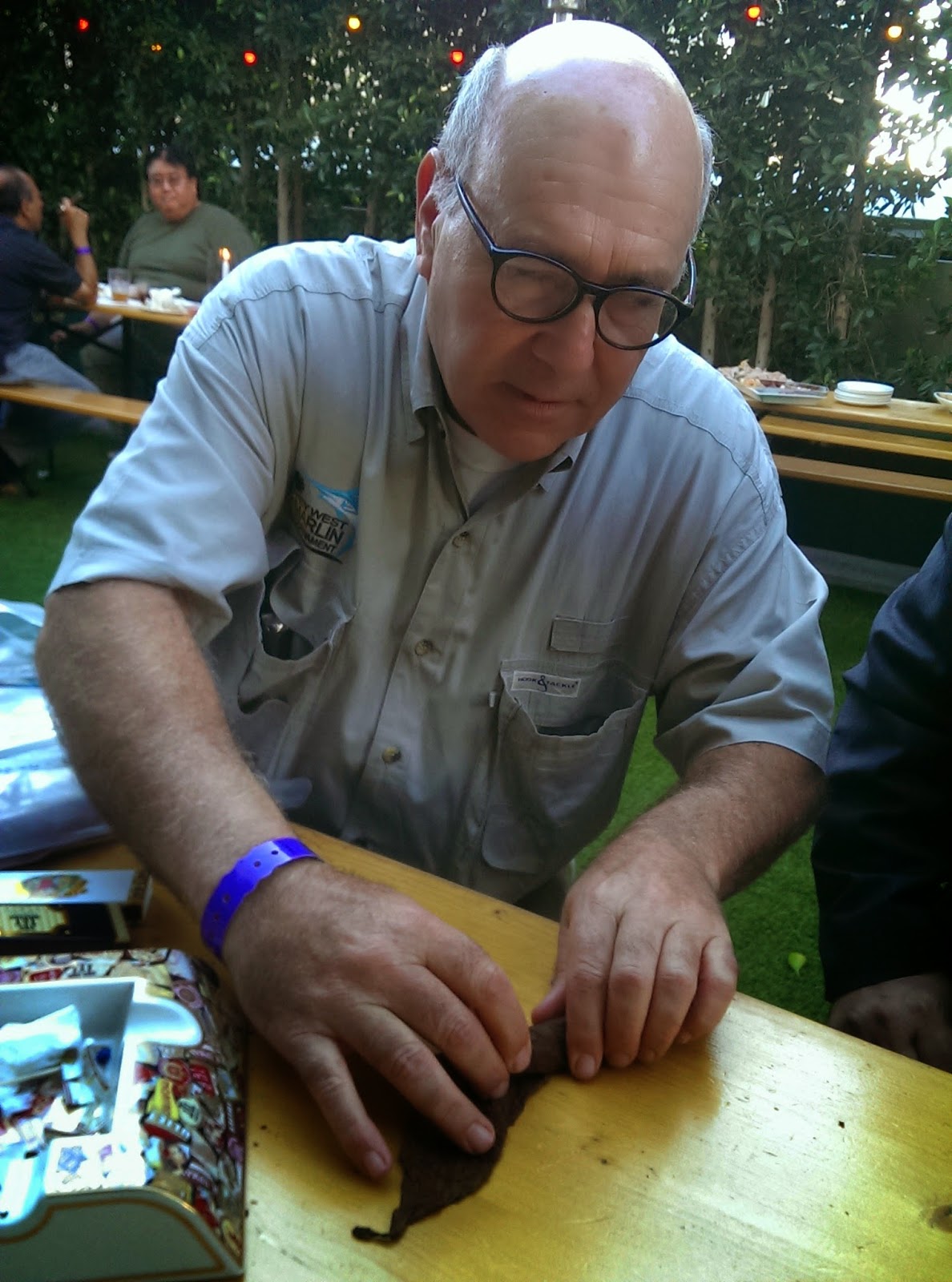 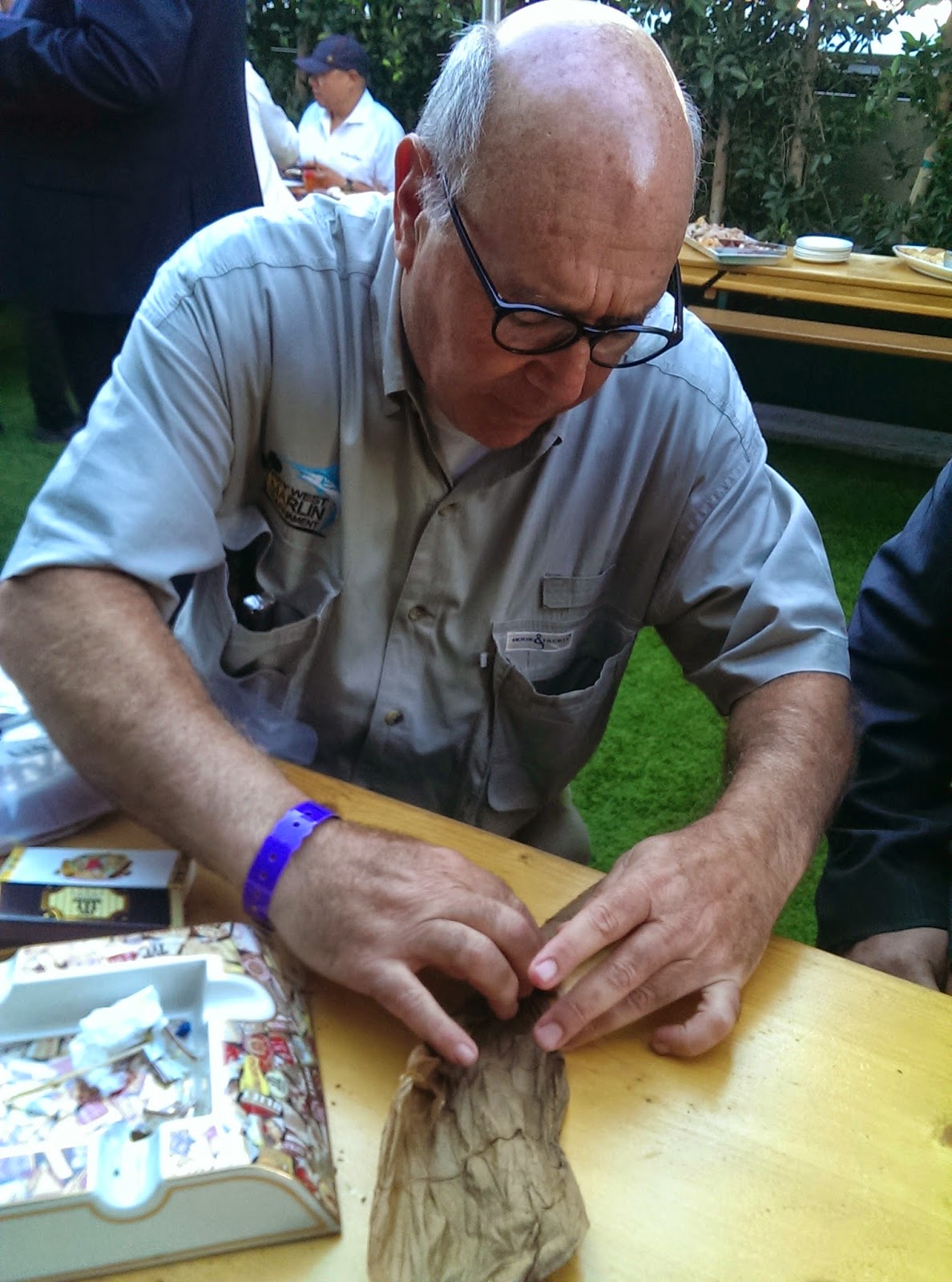 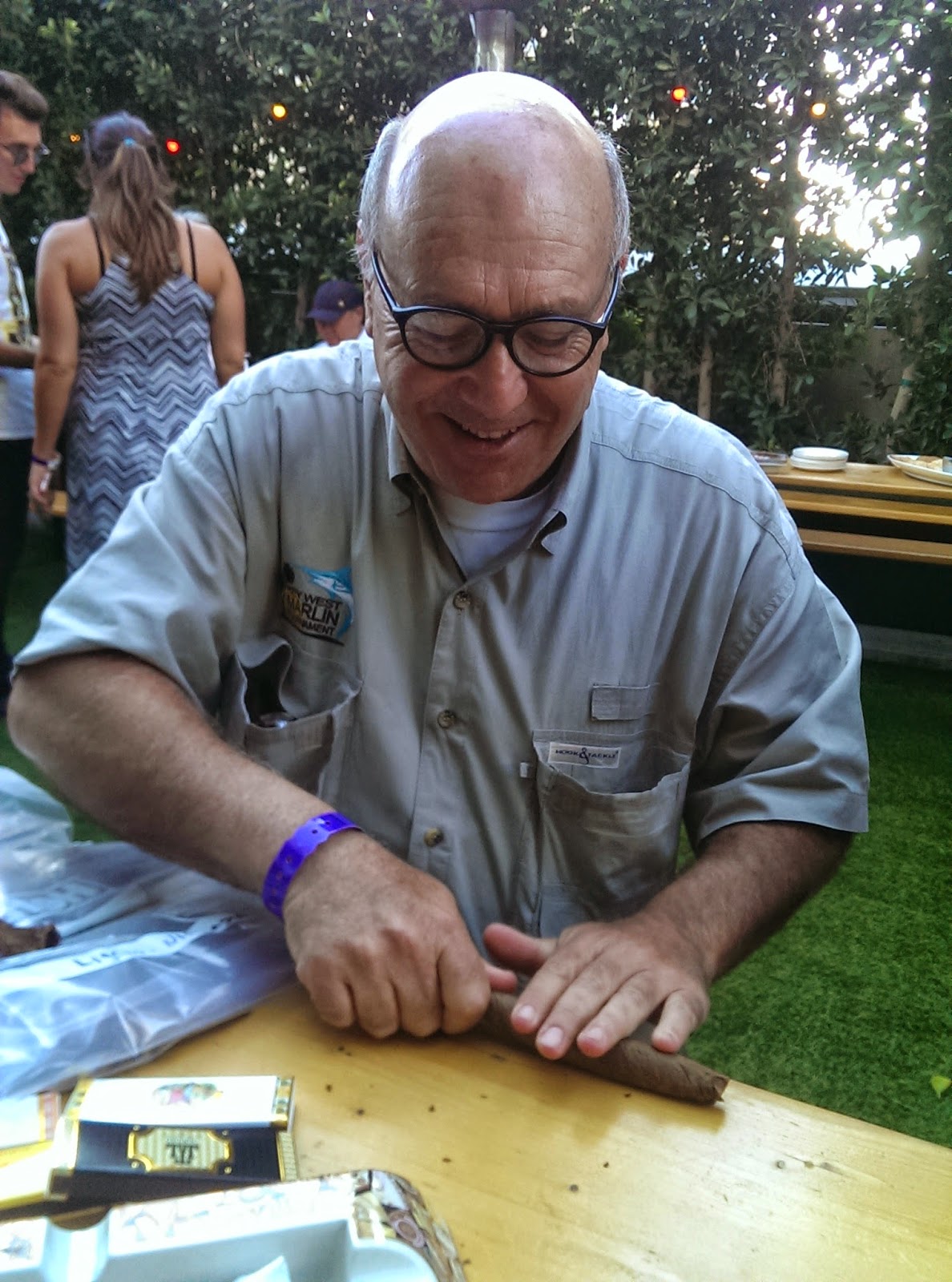 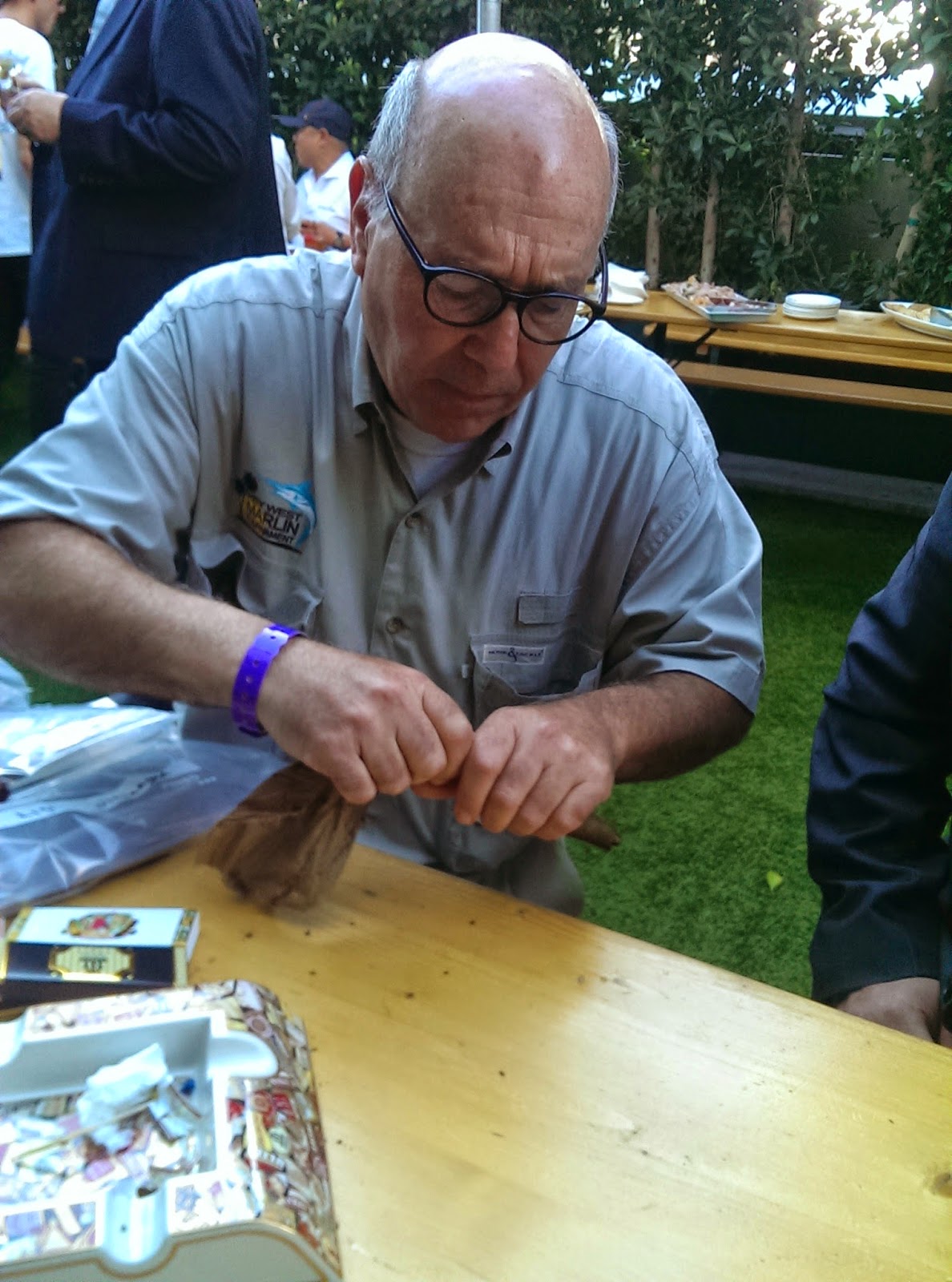 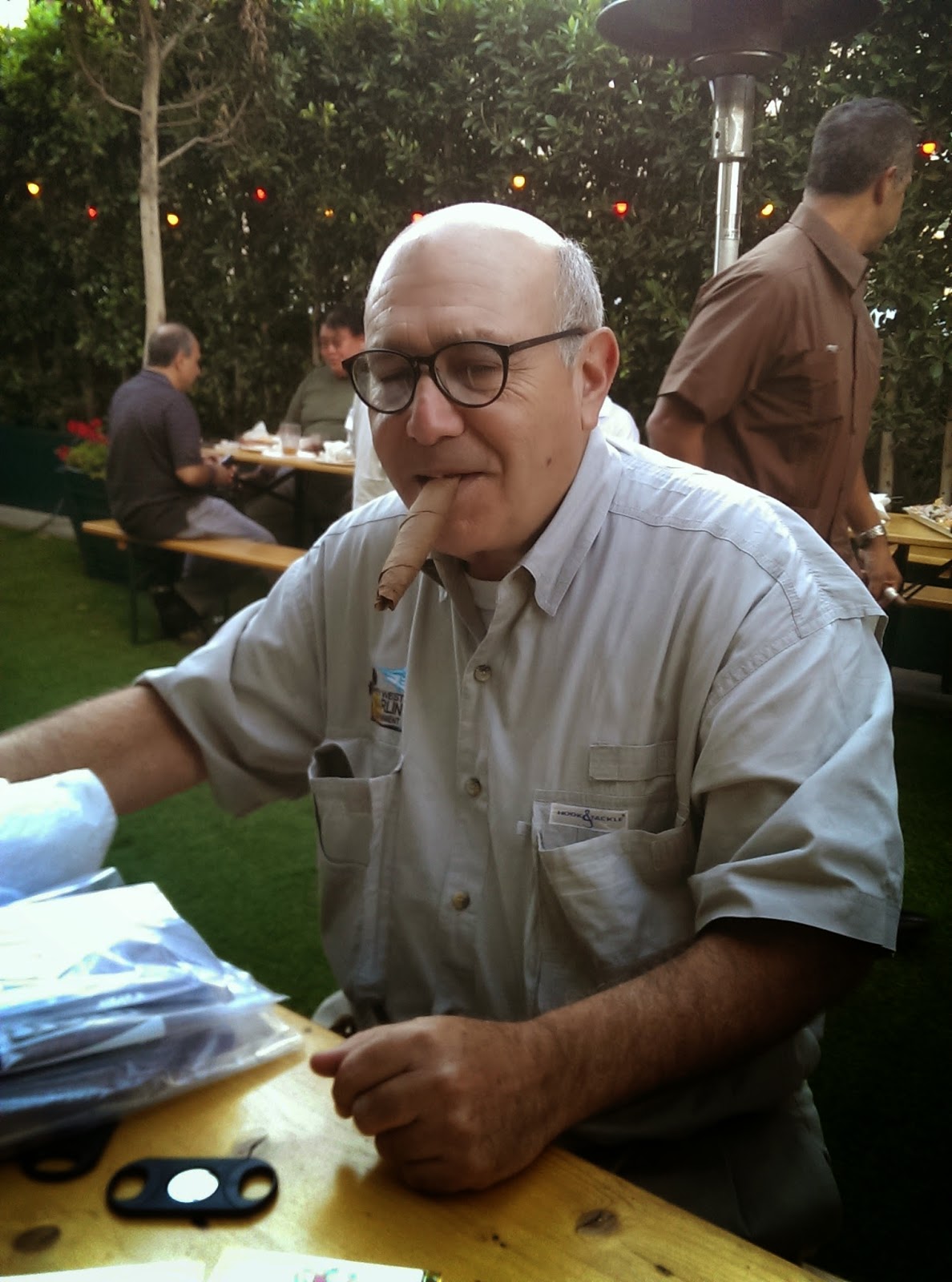 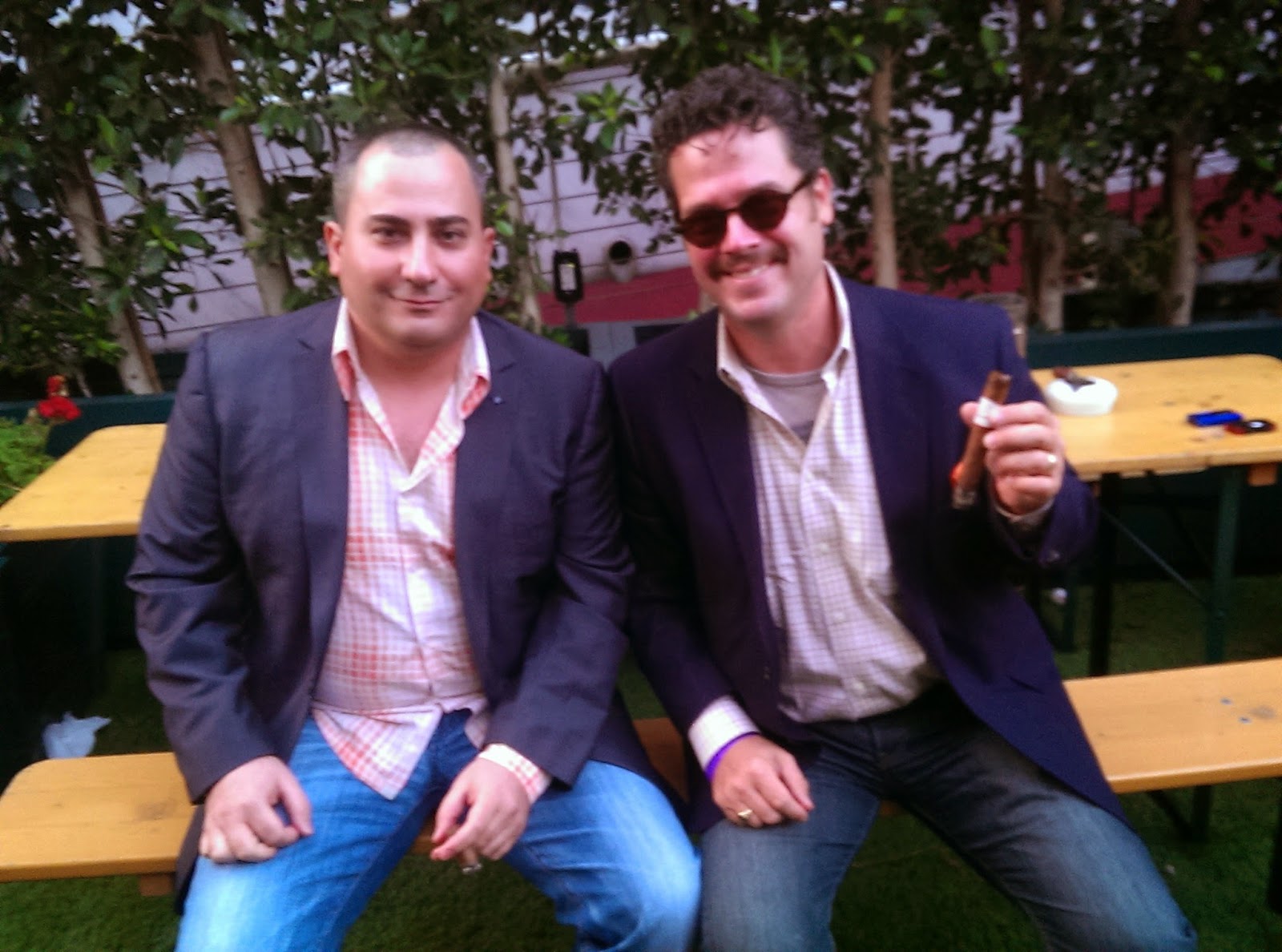 Both Armond and I wanted to try it but that wasn't going to happen as Larry placed the finished product in his mouth. We were really enjoying sitting and chatting with Larry. Ashley then walked over to take Larry to another table of eager cigar smokers.

We talked some more with Steve and Ashley throughout the evening and then finally left a while after the event finished.

Everyone seemed to really enjoying themselves. The event went by to fast.

It was a nice event and well worth the ticket price. Looking forward to their next one. Maybe I'll be able to roll my own cigar next time.
Posted by Cigar Assessor at 12:34 PM 2 comments: