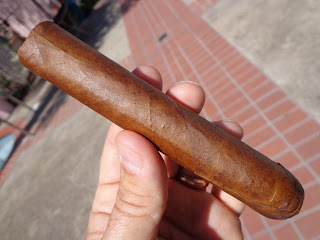 Today I smoked a cigar not yet on the market and a cigar that will make its debut at the 2013 IPCPR show in Las Vegas.  The Garo Edicion Limitada. This cigar is so new that the samples I received from Dr. Garo were not banded yet. I will be pairing this cigar up with a AJ Stephans Root Beer. 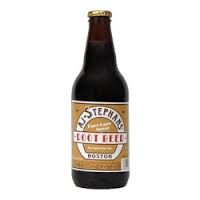 I pinched this 5 X 56 honey brown stick from it's wrapper enough to sniff the foot. I smelled leather and sweetness. I pulled the rest of the cigar out and smelled sweet barnyard on the stick. I looked the cigar over and this well constructed stick had a nice oily sheen to it and minimal veins.  I clipped the cap and tasted a strong leather flavor from the dry draw. After toasting the foot, I tasted cedar and salt from the first few nice open draws of full creamy smoke. Later on in the first section, notes of pepper and honey sweetness added to my flavor palate. The smoke continued to be very full and creamy and the burn was even. The draw was nice and open. The ash is grey and didn't fall. 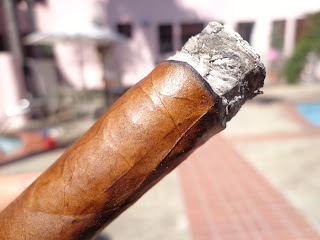 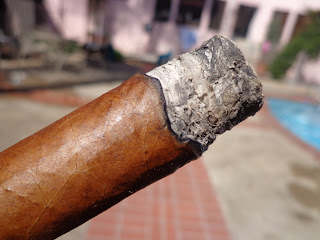 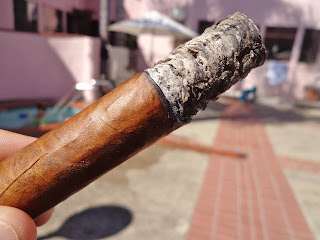 During the second section the burn continued to burn even, the draw was still open and the smoke remained full and creamy. Notes of nutmeg, spice and sweetness engulfed my taste buds. The grey ash fell close to the halfway point in this smoking experience. 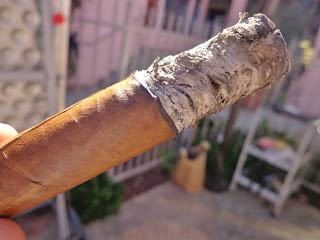 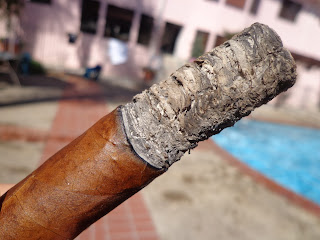 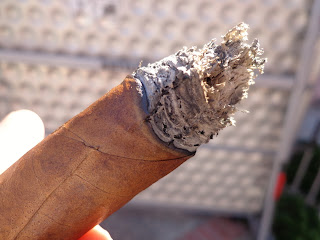 The last third and I tasted hints of wood, salt and honey and the burn was still even. The smoke still kicked out full and the draw remained open throughout the rest of this smoke. The ash didn't fall again until after I finished smoking this cigar, which I smoked until I couldn't hold it any more. 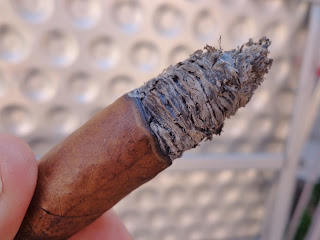 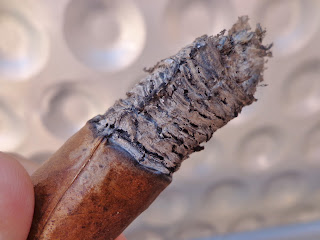 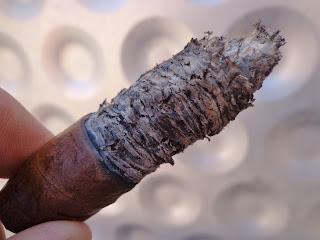 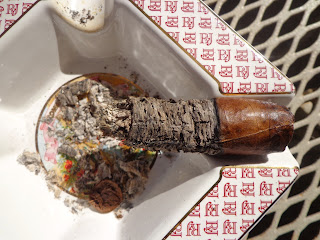 This was a great smoking experience and a winner as far as I'm concerned. I give this cigar the Cigar Assessors Approval. When this cigar becomes available, you should get a few, you'll be glad you did. - July 8, 2013 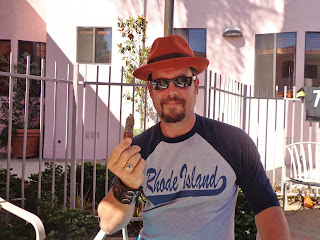 
Posted by Cigar Assessor at 10:23 AM No comments: