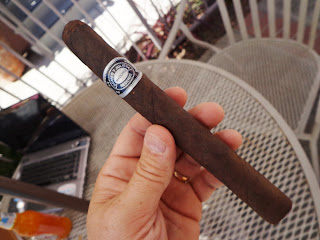 On a beautiful day I decided to smoke a Romeo y Julieta 1875 Maduro Reserve Churchill, a dark chocolate well-constructed stick with minimal veins. I will be drinking a Virgil’s Orange Cream Soda while I smoke this stick. I pinched the cigar from its wrapper and smell cocoa and hay at the foot and barnyard on the stick. I clipped the cap and got a very open draw of cocoa and spice which reminded me of Mexican Hot Chocolate Mouse, a dessert made by a friend of who owns a dessert company called Bar Dulce. I toast the foot and get cedar from the first few draws of full smoke. 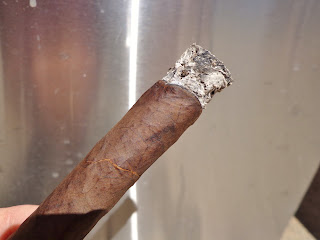 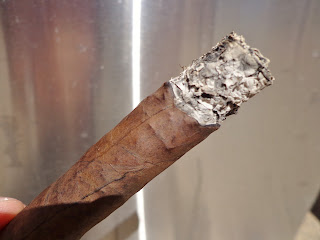 The first third and the burn was a little uneven and the smoke was pumping out full. I tasted notes of nuts, salt and caramel. The grey ash with streaks of black fell about a third of the way in. I noticed a minor crack in the wrapper in this section however it never became a problem. 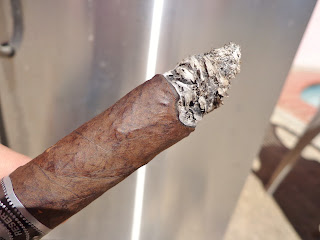 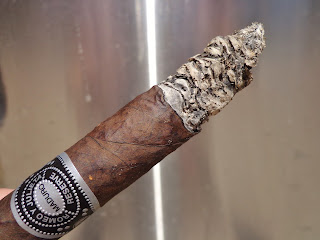 The second third and the airy ash is a variety of greys and blacks and the burn is even. I tasted notes of honey, saltiness and nutty flavors.  The ash fell again at the end of this section of the cigar. 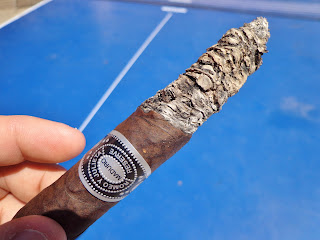 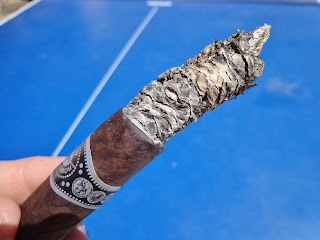 The last third and I took off the band without incident or tearing and the burn was still burning even as the smoke kicked out full. The flavors I tasted in this last section was nuts, wood and saltiness. I smoked this cigar until I couldn’t hold it anymore. 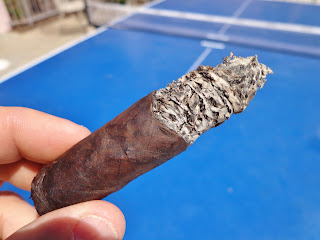 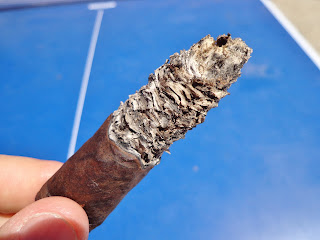 This cigar is another great stick from the makers of Romeo y Julieta.  I would suggest if you haven’t tried one to pick a couple or few up and add them to your humidor. You won’t be disappointed. - April 18, 2013 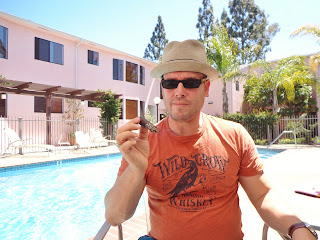