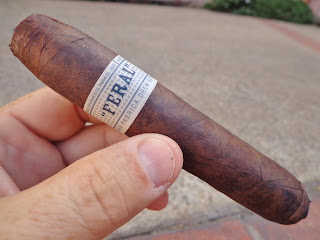 Today, I was excited to smoke this stick given to me by my good friend Casey Aldulaimi. The famous Feral Flying Pig from Drew Estates. I took this 60 ring gauged stick from my humidor and decided  it was a good day to smoke in the pool. I set up the camera and relaxed in the pool and began my experience with the Pig.


This well-constructed minimally veined stick was dark chocolate in color and had a nice pig tail on the cap. The band was white and simple with the word "Feral" in type set on it and use the Drew Estate logo as the buckle. From the foot, I smelled hay and cocoa and barnyard was the smell I got from the stick. I twisted off the pig tail and clipped the cap. Taking a dry draw I tasted cocoa and hay. After toasting the foot I tasted cedar from my first few puffs of smoke. Later on in this first third I tasted notes of leather, citrus and cocoa from the nice full smoke. The dense gray ash held it's form and the burn was even. 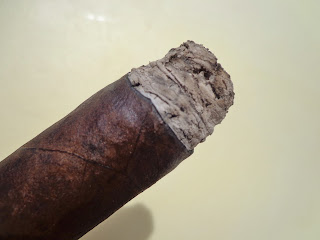 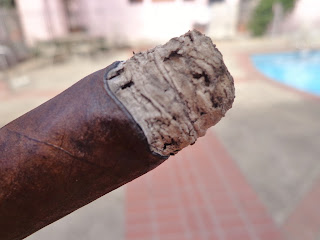 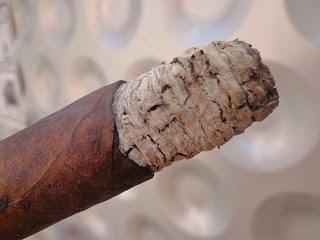 In the second third the smoke continued to pump out full and the dense ash fell off a little of the way into this section. The burn continued even and hints of nuts, leather, white pepper and honey were the flavor notes I tasted. 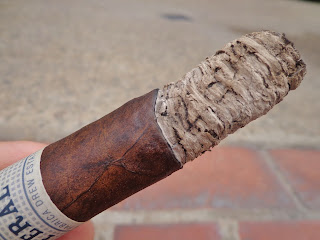 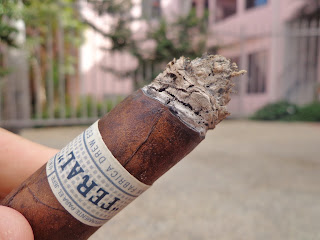 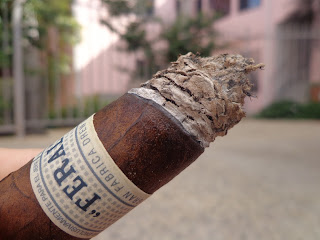 The last third and smoke was full and burn remained even. The band came off easily without incident of sticking or tearing. No cracks or defects underneath. The ash fell again and notes of honey, wood, coffee and pepper was what I tasted. I smoked this cigar until I couldn't hold it anymore. 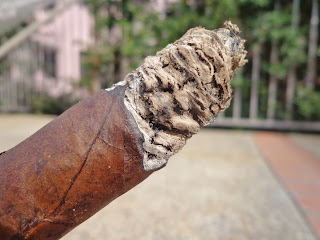 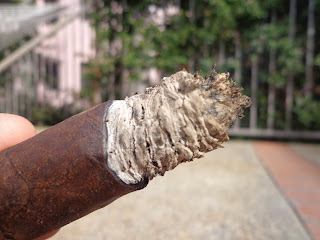 Now the only thing about these cigars that irritate me is the price point. The brick & mortars here on the west coast like to bump the price up quite a bit over suggested retail and it becomes out of my price point for a nice smoke.  If my friend Casey didn't place this stick in my hand, I wouldn't have been able to enjoy smoking it for a review. Other than that, the Feral Flying Pig is a very nice smoking experience and a Cigar Assessor Approved Cigar. Give it a smoke, you'll be glad you did. - September 1, 2013 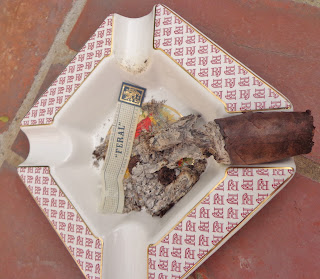 Posted by Cigar Assessor at 7:05 PM No comments: