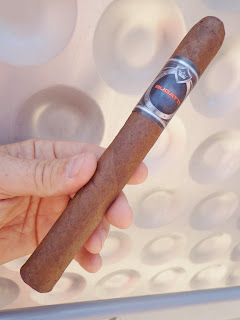 This cigar was recommended to me as a very good smoke so I bought a stick and put it in my humidor for a few weeks. Today, I decided to take it out and smoke it for a review. I set up my gear by the pool and looked forward to smoking this big maduro cigar. 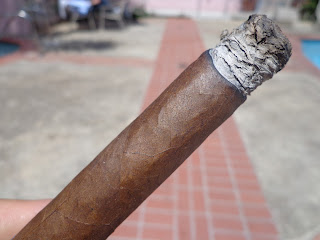 I pinched this cigar from it's wrapper and smelled hay from the foot and barnyard and oil from the stick. I clipped the cap with my Xikar Xi1 cutter and took an open draw and tasted nothing. After a few more draws a slight hint of hay appears. I lit the foot and tasted cedar in it's full smoke. The nice medium dense grey ash fell about a quarter of the way in. The first third and I tasted cedar and a slight mild hint of leather. 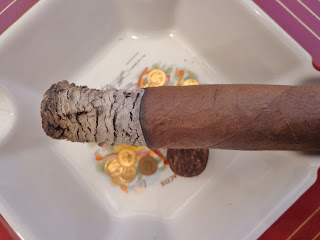 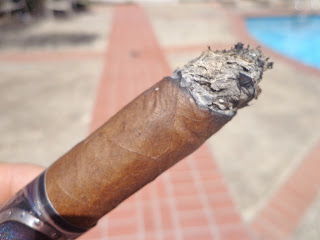 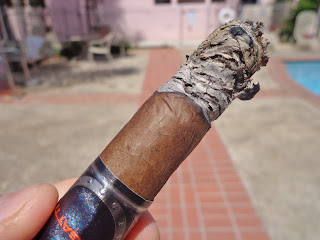 The second section and the grey ash fell again around the half way point. The smoke was still pumping full and the flavors were no where to be found. Just tasting smoke and tobacco. My mouth was getting very dry. At this point I would have usually put the cigar down and gotten a different one but for this review, I held out hope. 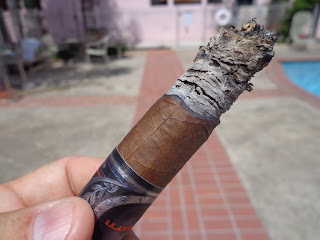 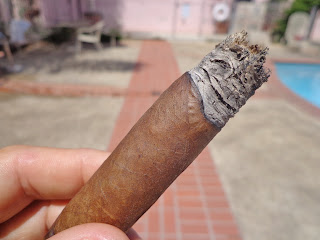 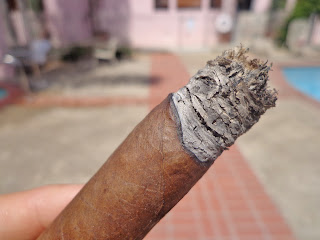 The last third and the only thing going for this cigar was the full smoke. It was tasteless and then bitter. At this point my mouth wasn't happy and was very dry. I decided I couldn't take anymore and stopped smoking. 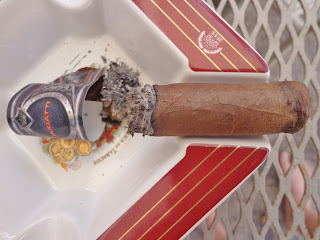 I was very disappointed with this cigar considering it was recommended to me as a good cigar. Other reviewers wrote that they tasted chocolate, nutmeg, cocoa, sweetness and so on. I wish I even tasted one of those flavors. Maybe a bad cigar in the box or a bad box or batch. However, when you spend your hard earned money, this isn't what you should expect to get. I wouldn't purchase another one of these and would pass on it if I were you. If someone gives one to you, well that's a different story.
-May 23, 2013 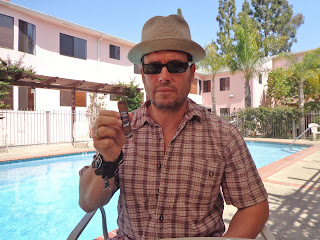