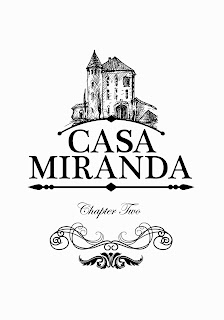 Miami, FL June 6th, 2013 – Everybody loves a good sequel, and the Casa Miranda Chapter 2 is
set to debut at IPCPR which is being held this year in Las Vegas, NV.

The follow up to the original which was made in Miami at the famed El Titan de Bronze, will be
made at My Father Cigars S.A in Esteli, Nicaragua.

According to Jason Wood; VP of Miami Cigar & Company, “Just like any great novel, our story
continues to gain momentum with the release of Chapter 2 at this years’ IPCPR. I look forward
to our consumer’s feedback on this medium bodied beauty!”

The tobacco used for this new chapter is a dark Nicaraguan Corojo wrapper with filler from Brazil,
Dominican Republic and Nicaragua.

It is available in the following sizes:

Miami Cigar & Company, founded in 1989, is the exclusive US distributor
of La Aurora brands. They are also the worldwide owner/distributor of
Tatiana, Don Lino, La Sirena and Nestor Miranda line of cigars. They can
found on the web at http://www.miamicigarcompany.com/ &
http://www.facebook.com/miamicigarcompany


Posted by Cigar Assessor at 8:37 AM No comments: