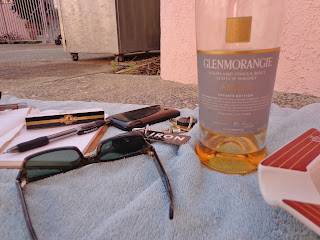 My wife has the day off today so after I finished at the gym, picked up the kids from school; I decide to sit in the Jacuzzi with a nice cigar and splash of scotch. Some Glenmorangie Artein, jazz trumpet music and the Garo 10th Aniversario Belicoso cigar will suit me just fine. 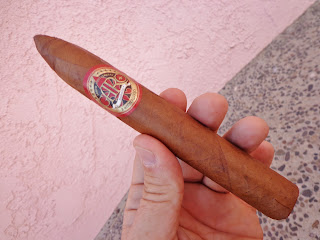 I set up my mobile office beside the Jacuzzi, get in and let the relaxing begin. I take this big brown nut colored cigar with not many veins out of its wrapper and place it under my nose to inspect its fragrance. I smell cherry on the stick and sweetness and hay from the foot. The band on this stick is elegant in color and design. I clip the tip off the pointed end and take a nice open dry draw of cinnamon stick. 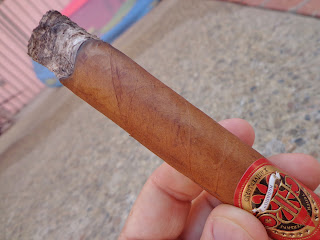 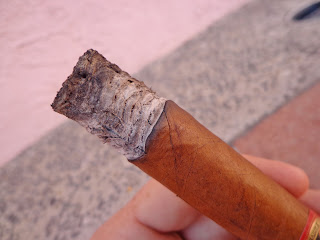 I toast the foot with a wooden match and the full creamy smoke fills my mouth with hints of a nutty coffee flavor. Later the flavor mixes with hints of cedar. 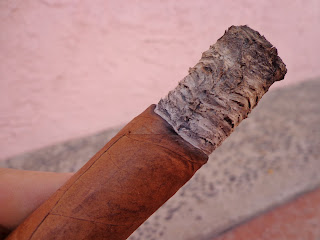 The grey ash still in form with streaks of black falls off as the even burn gets close to the second third of this cigar. Notes of mildly sweet dry fruit and leather dominate this second of the stick. Occasionally I taste a light salting in the back of my palate. The smoke is still full and creamy. 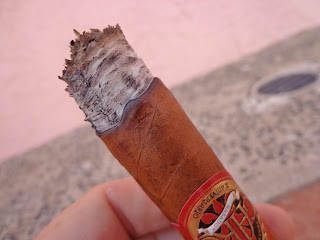 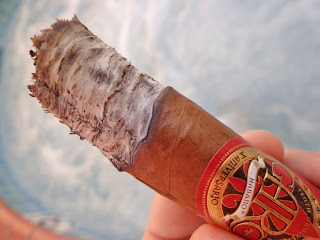 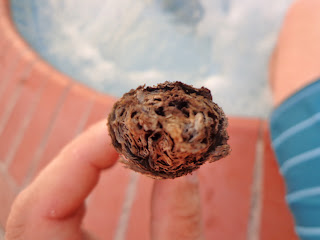 The ash holds strong until it reaches the last third of the cigar at the band and falls off for the second time. I still pick up notes of leather along with almond and cocoa flavor.  I smoke this bold stick until I can fit both fingers and lips on it without burning the fingers. 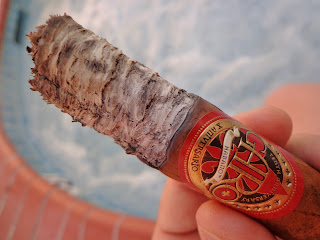 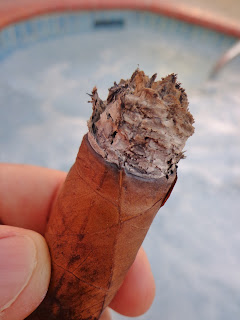 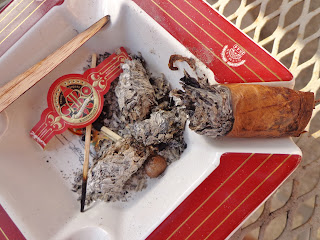 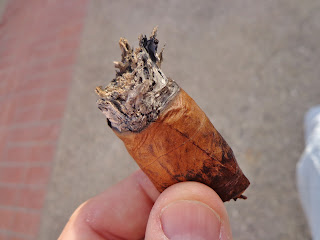 This is the fourth different Garo I have smoked and have thoroughly enjoyed. I don’t understand why these well constructed full flavored cigars aren't available at more cigar shops. I will again put the website here for you to find out if any of the Smoke Shops in your area carries them. -March 22, 2013 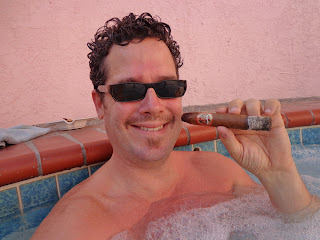 Posted by Cigar Assessor at 2:16 PM No comments: