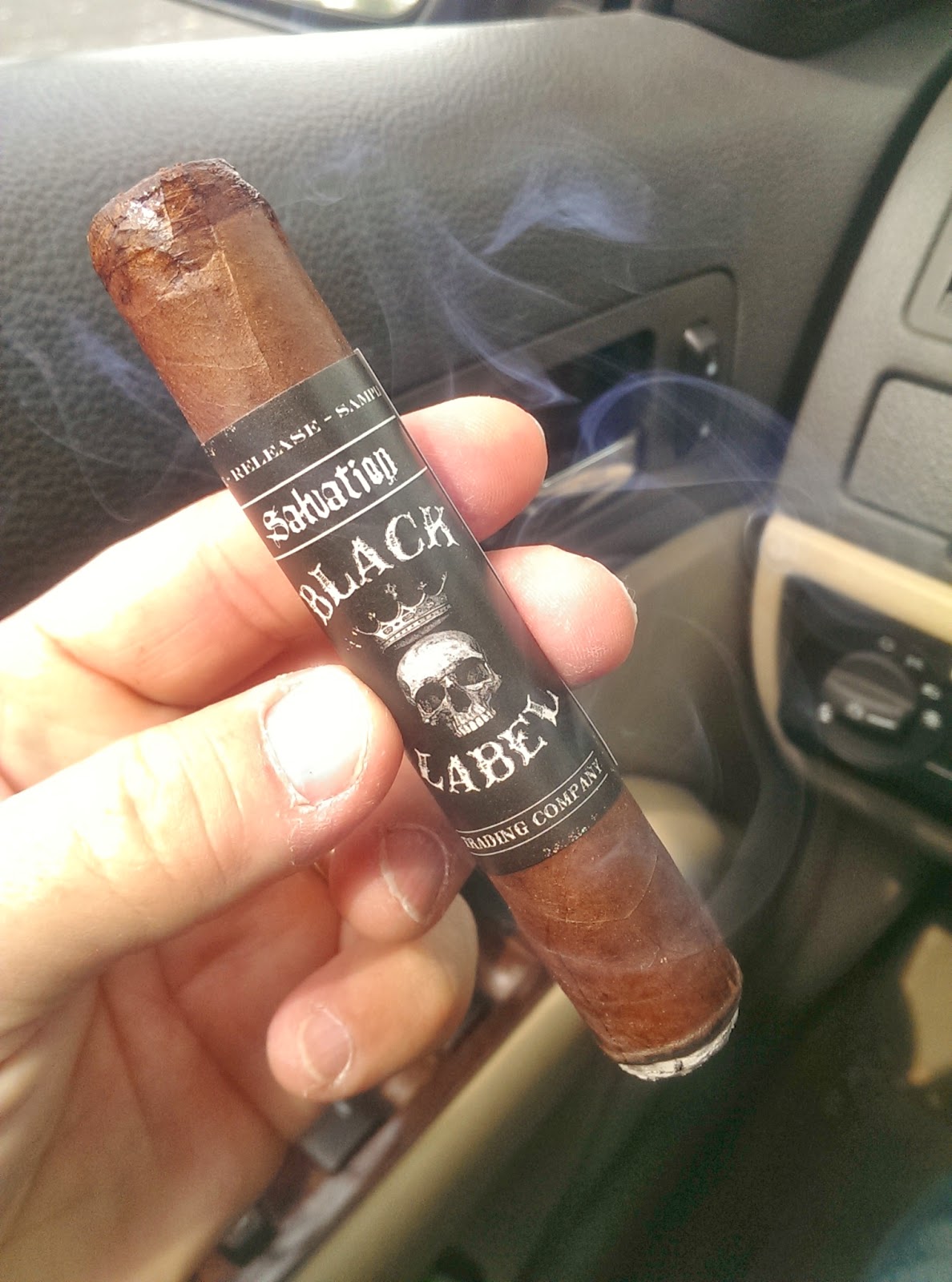 This was my second cigar from Black Label Trading Company. Last year I was sent three cigars one Royalty, Satuation and Last Rite. I reviewed the Royalty and enjoyed it and now it was time for Satuation. After reviewing the cigar, I saw the name is actually Salvation. But it is spelled differently on the Pre-Release Sample band. So during the video review I am calling this cigar Satuation. 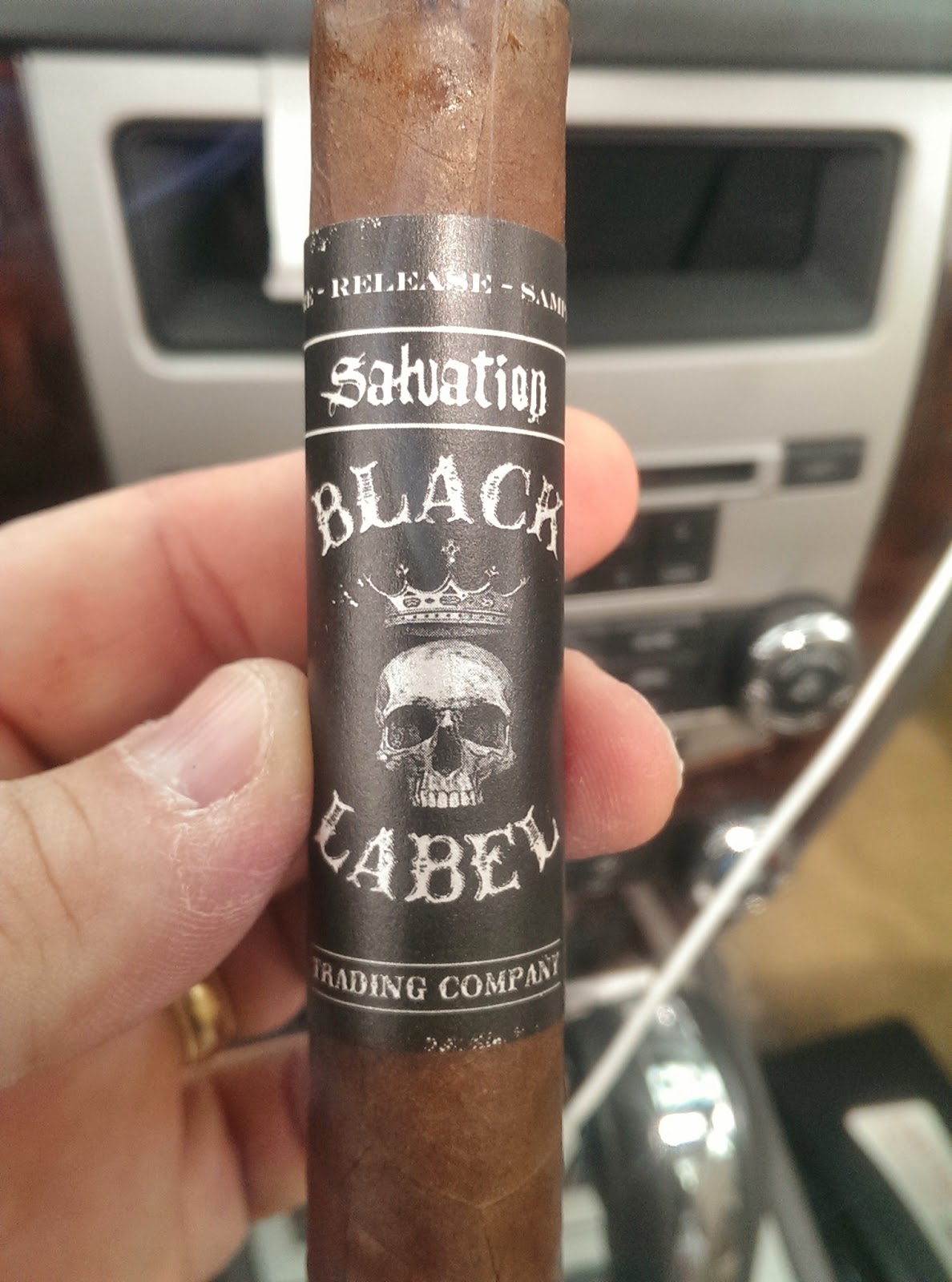 I placed the foot of this well constructed, chocolate colored, minimally veined cigar under my nose and smelled chocolate pudding with Habanero/Cayenne pepper. Very nice. The wrapper omitted smells of coco and dirt from a little league field. I clipped the cap with my Tonino Lamborghini Le Mans cutter and get a nice clean cut. I tasted hay and leaves from the dry draw. The draw is nice and open. I toasted the foot with my Tonino Lamborghini Forza and taste chocolate from the first few draws of full smoke. I then tasted a hint of cedar creeping in.

Later in this first section I tasted floral notes and sweetness. The burn was even and the ash was a nice dense grey ash with streaks of black. The smoke continued to be full and the ash stayed in tact for the first section. 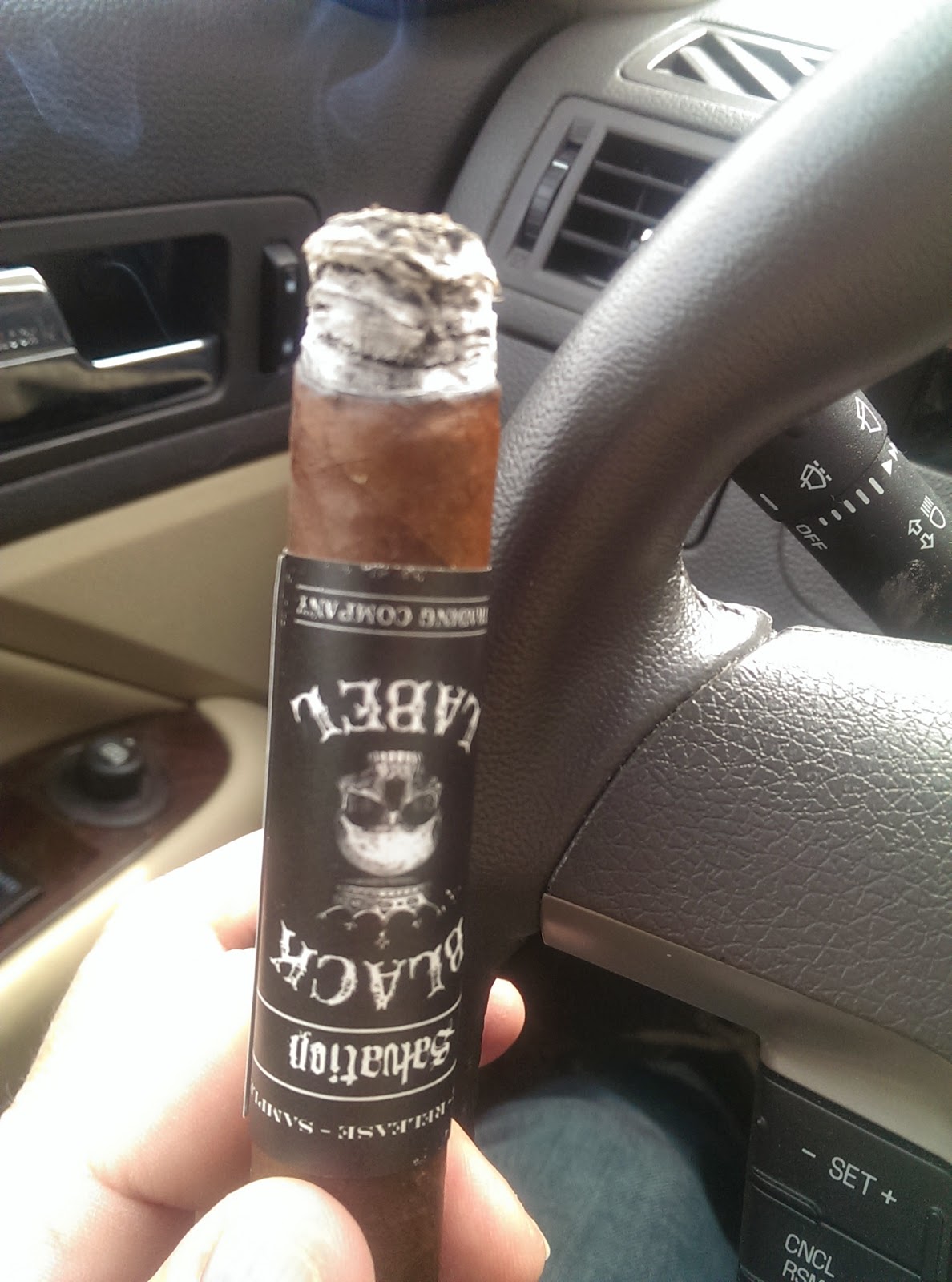 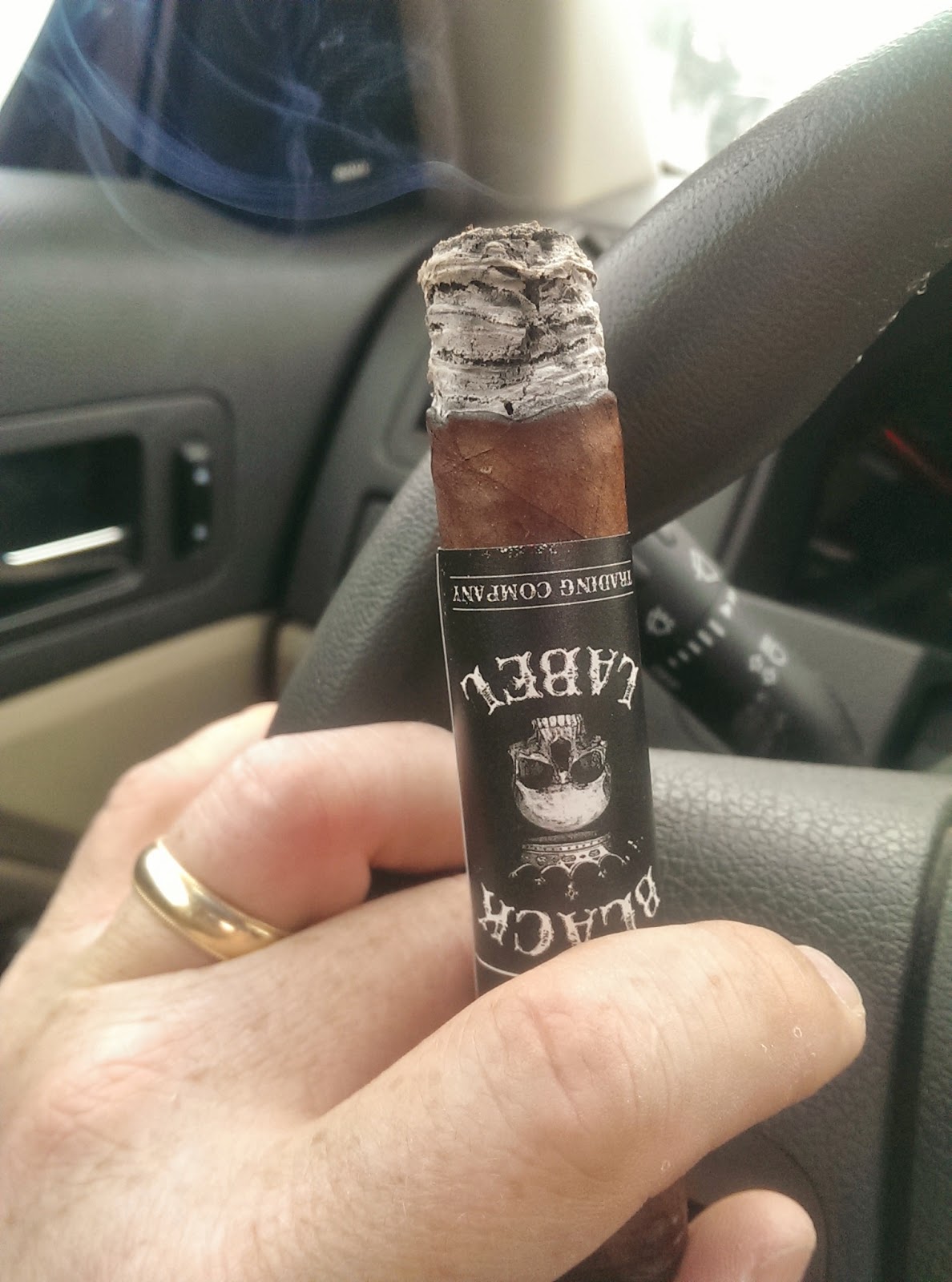 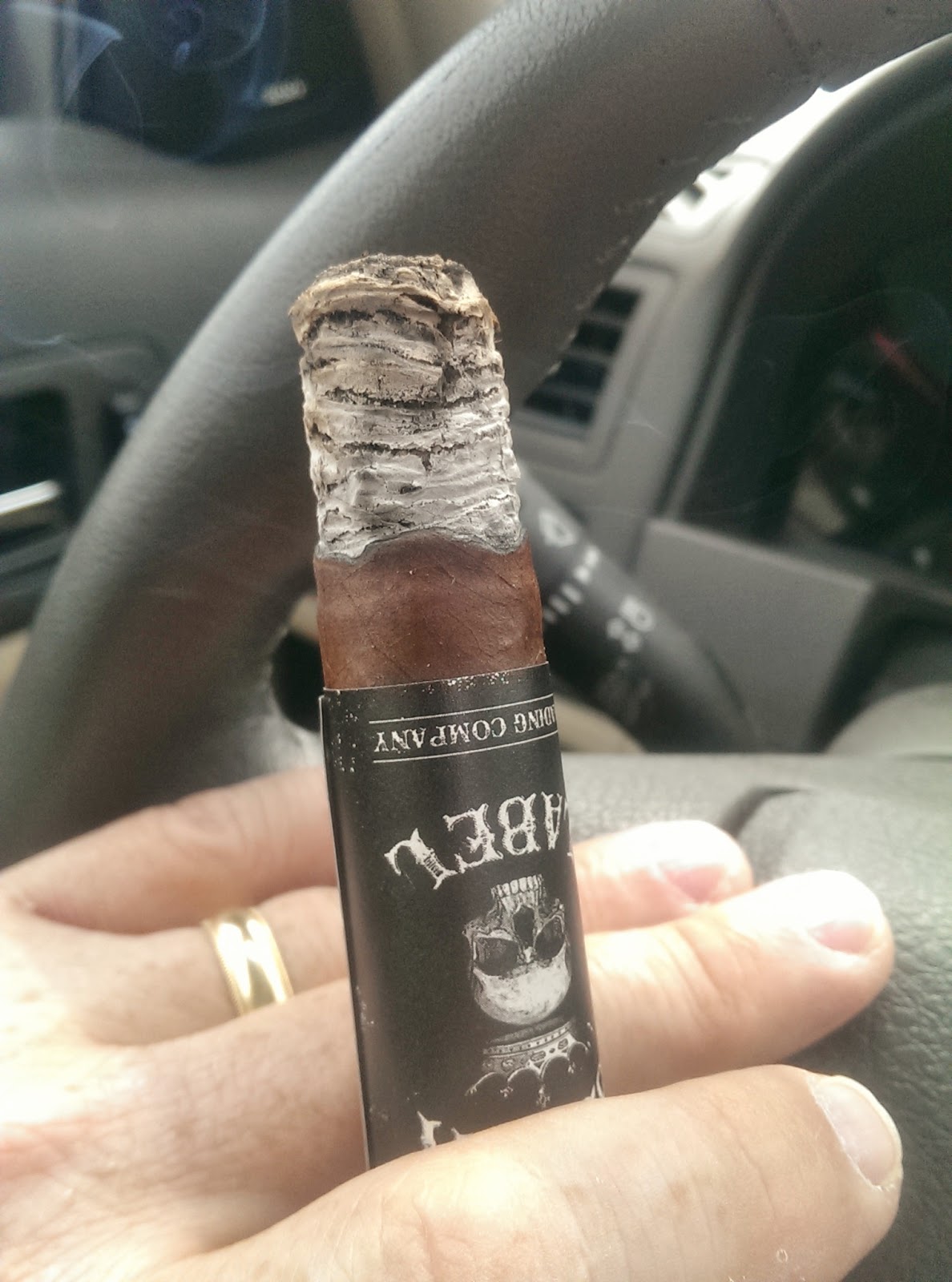 The ash fell in the section section and the burn was still even.  The band is so large I had to slide it off in this section. No defects, glue or cracks underneath. Sweet molasses, leather and a mild white pepper was the flavor note I tasted. So far, so good. 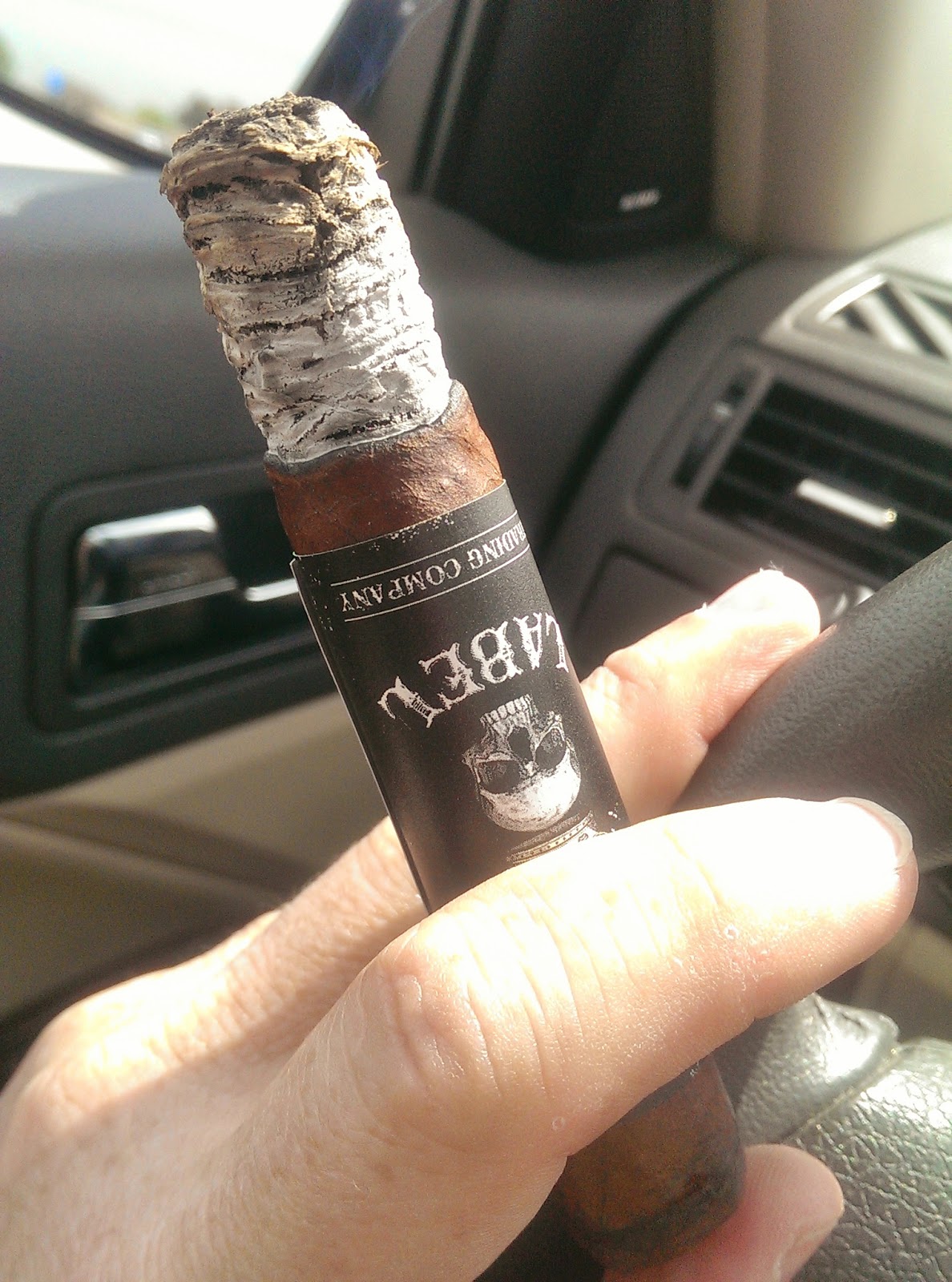 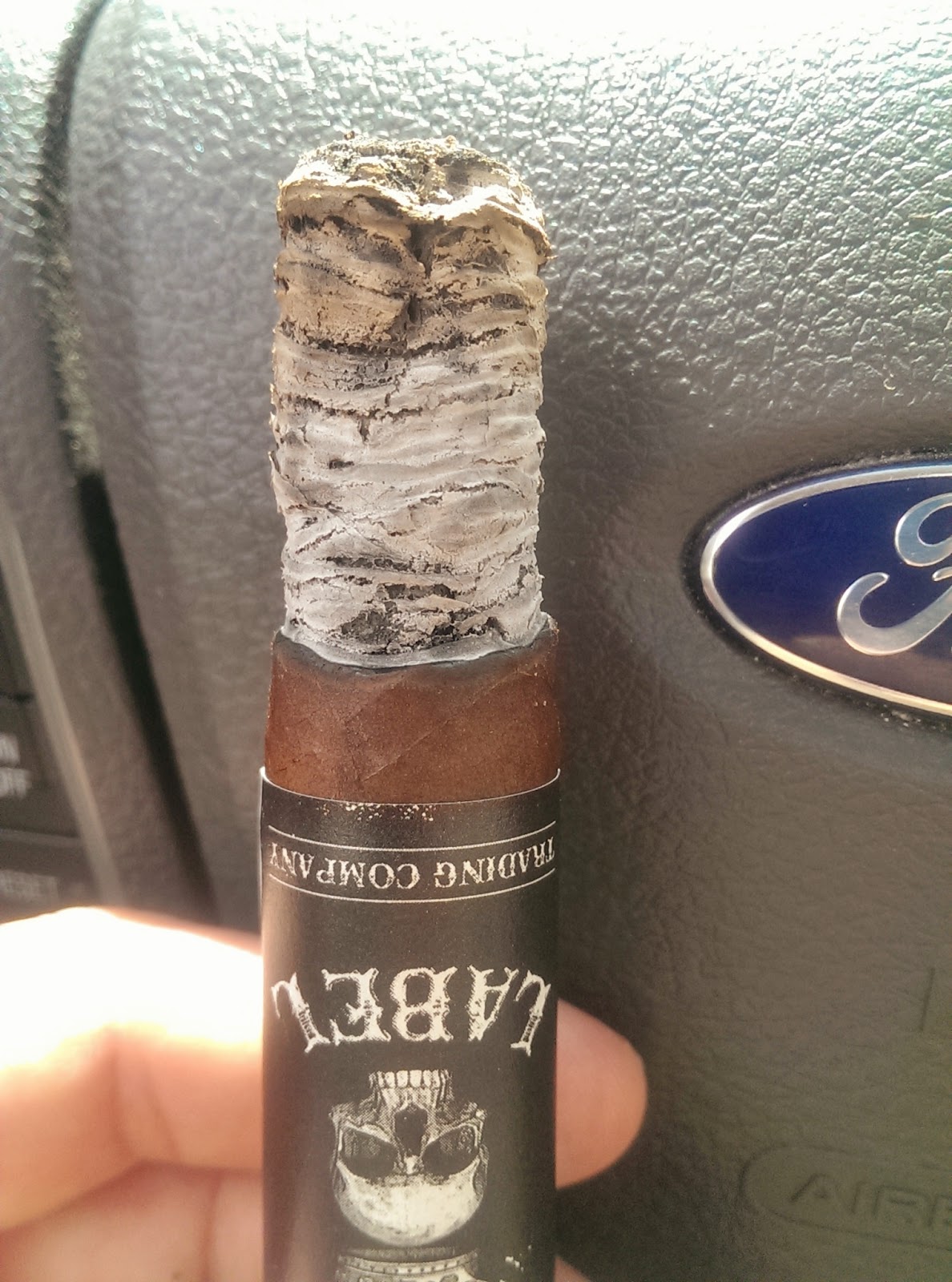 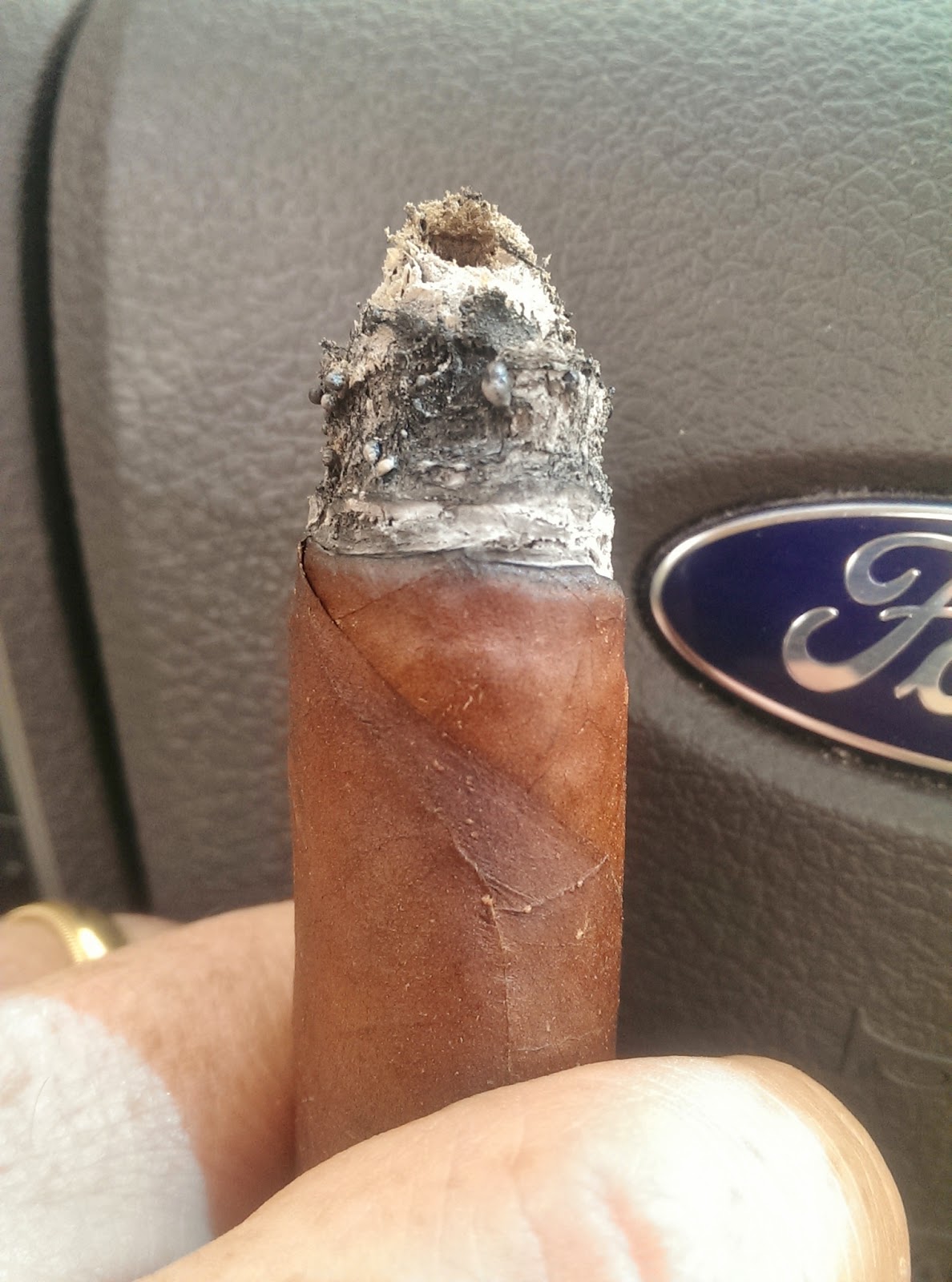 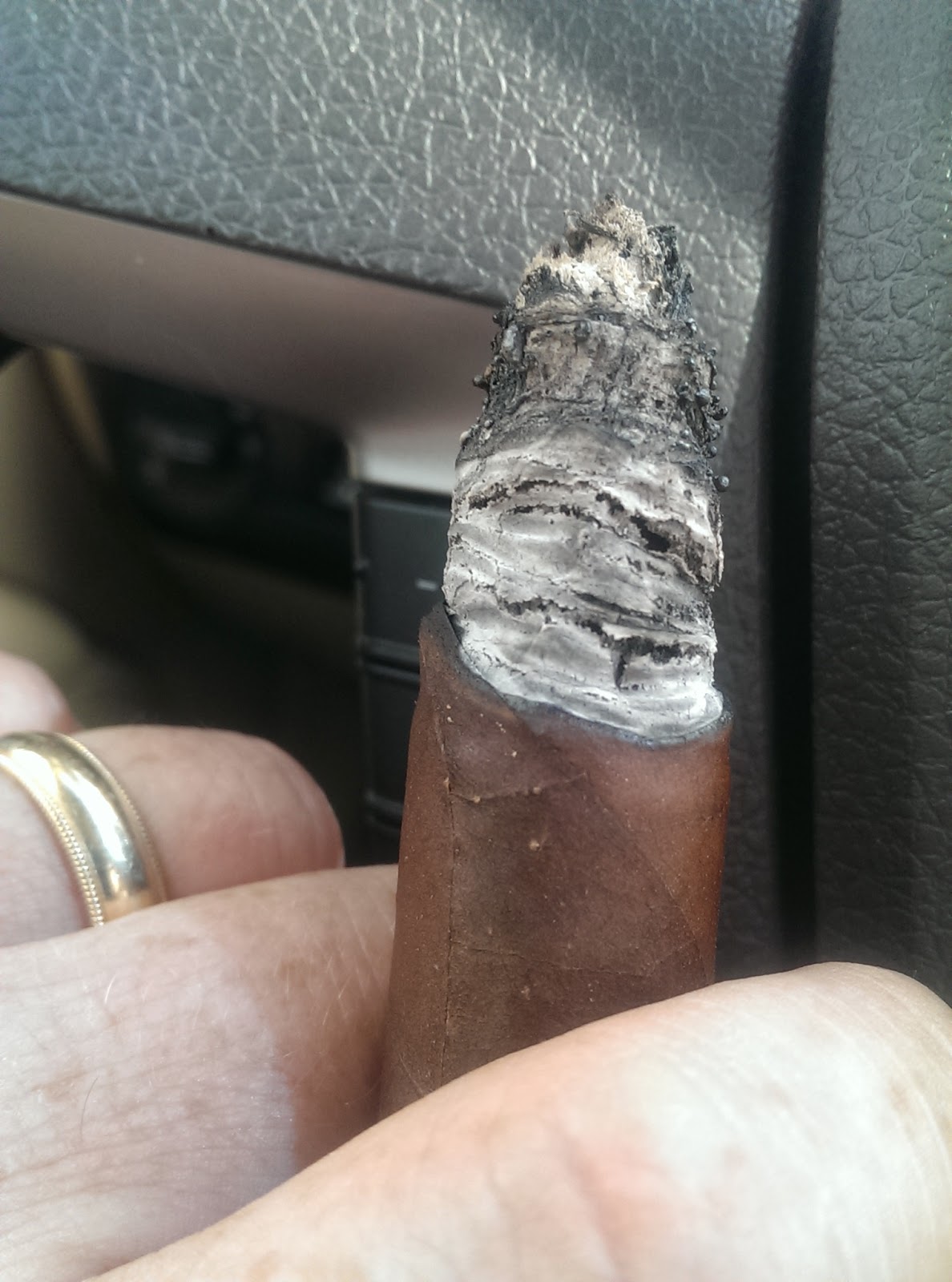 The last section and the ash fell again and the burn continued to be even. The flavor notes round off with white pepper, molasses and cocoa. The smoke never died down and continued full and creamy. 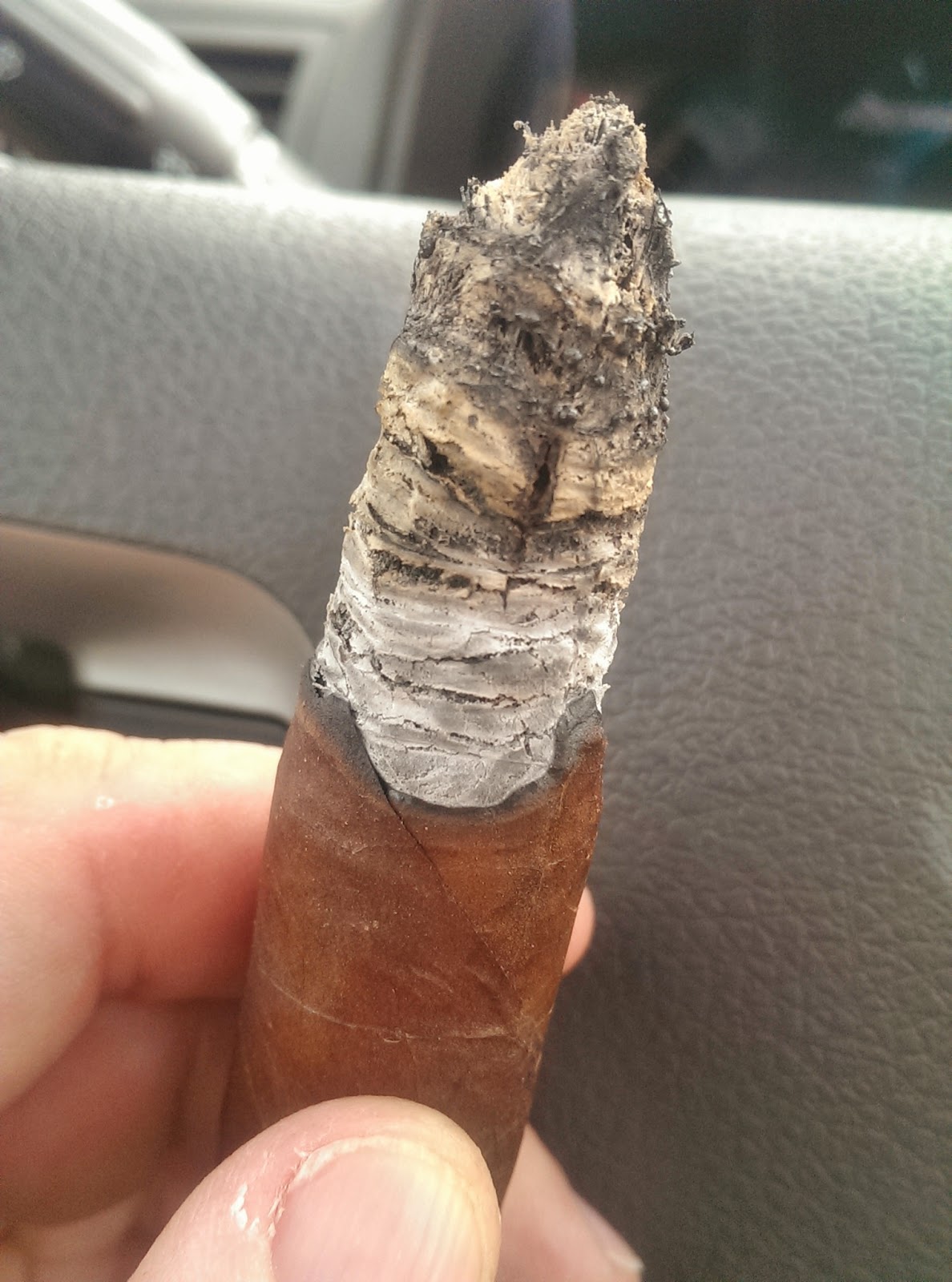 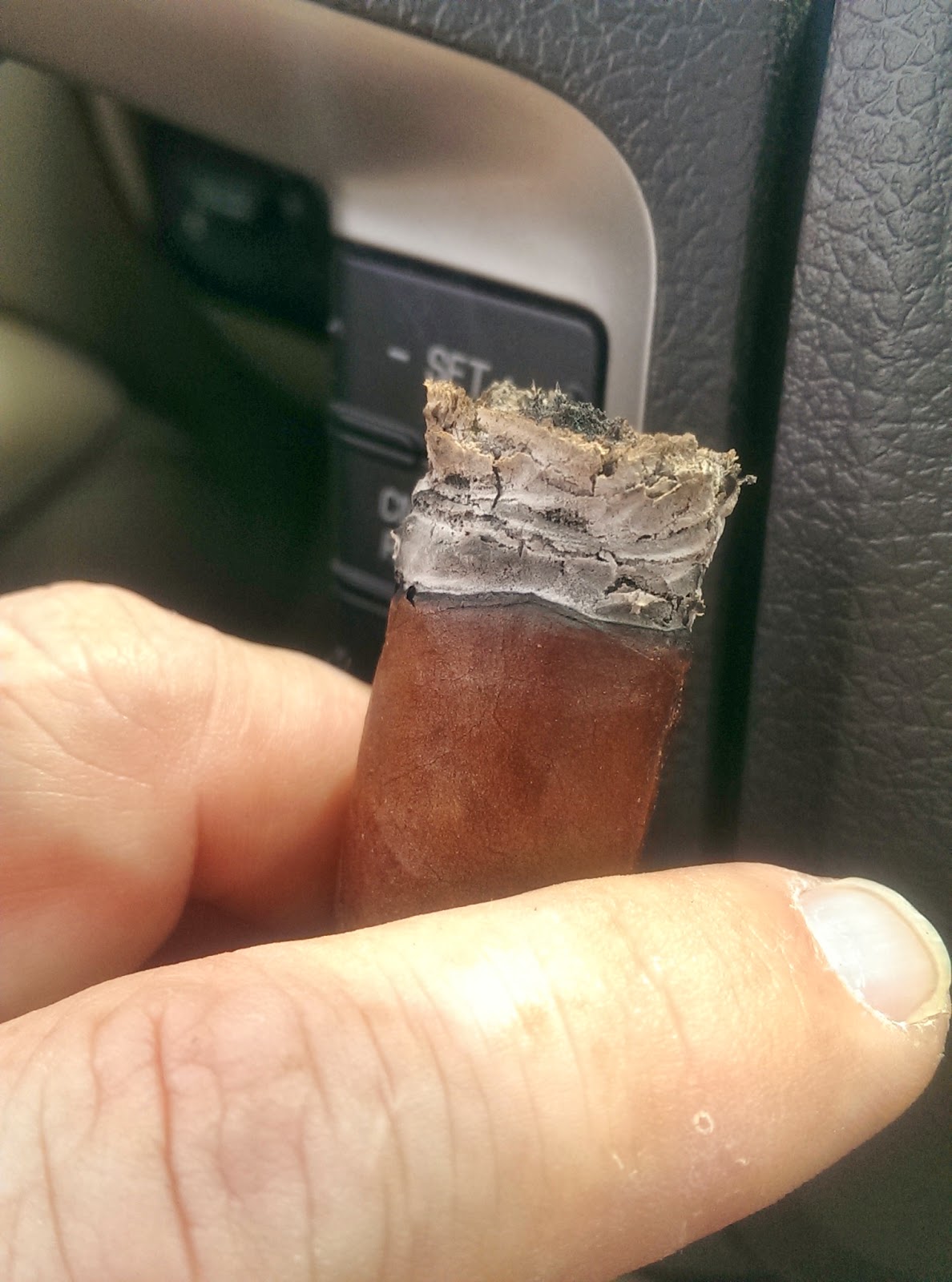 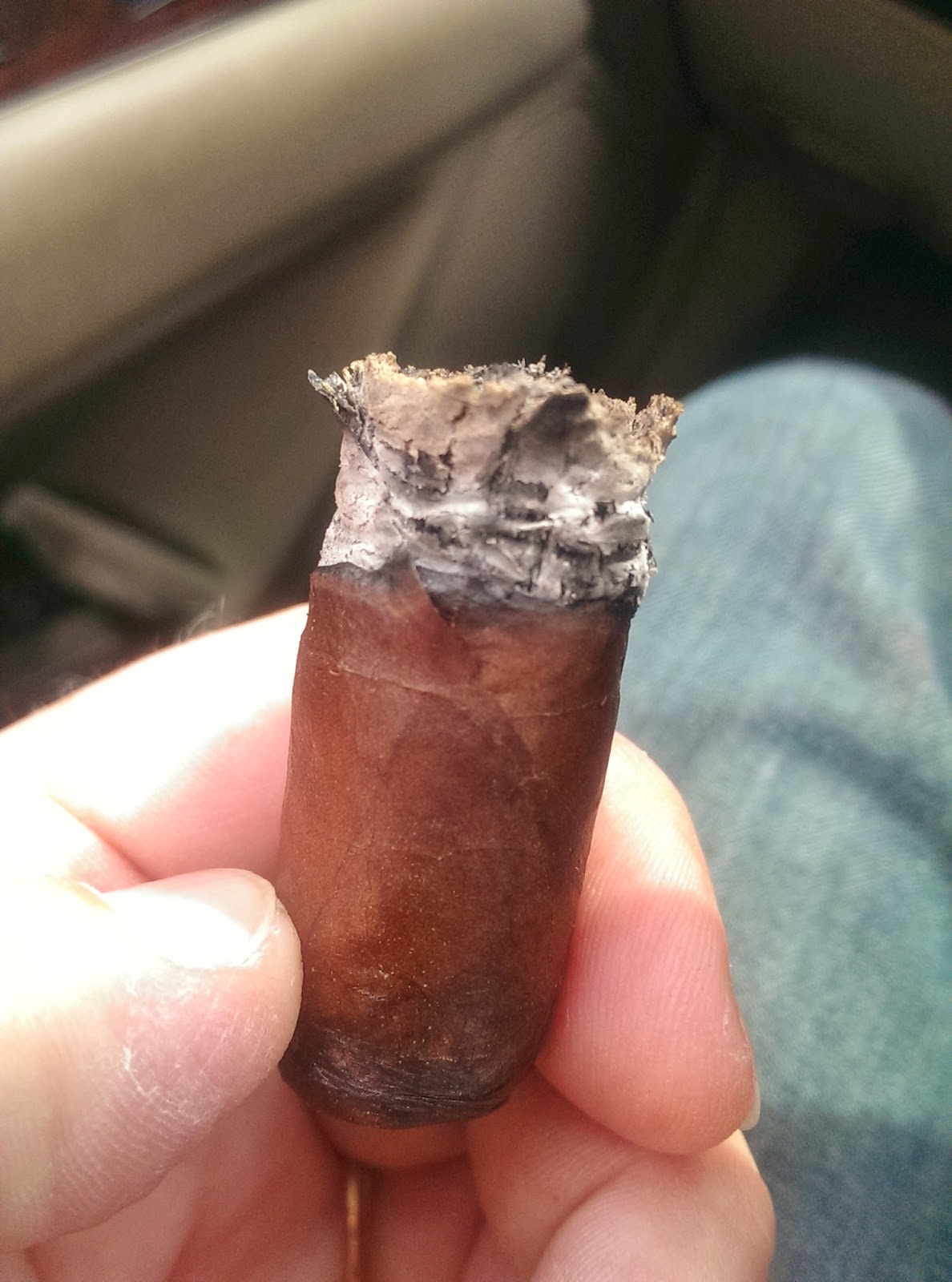 The Black Label Trading Company Salvation is a tasty cigar and a Cigar Assessor Approved Cigar.