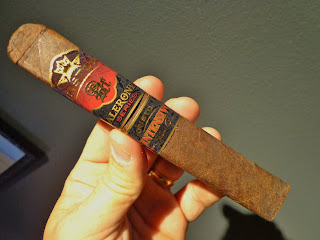 Intensivo is Kristoff’s first box press cigar and full of flavor. The Galerones is a much anticipated new line by Glen Case and will be well received by fans and cigar smokers alike. I smoked the Galerones Sentido a couple weeks ago and really enjoyed it. This is the second cigar of this new line that I am smoking and reviewing at ShamLux Cigar lounge in Granada Hills, CA. ShamLux is a great cigar lounge. 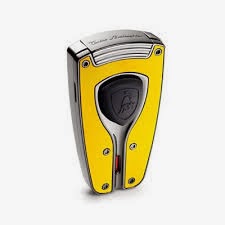 This box pressed stick is a well constructed, chocolate brown, minimally veined cigar. It is double banded with Kristoff Galerones Series on a large band of red, black and gold and Intesivo on a smaller band with the same colors. I smelled a floral and earthy scent from the foot and barnyard from the stick. After clipping the cap with my Lamborghini Les Mans cutter, I took a dry draw of spice and floral notes. The draw was smooth and open. I toasted the foot with a single torch Forza and hints of cedar and cocoa was what I tasted in the first few draws of full creamy smoke. The grey dense ash falls before the first third and the burn line is almost even. Notes of nuts, white pepper and honey are the flavors I detected in the first third. 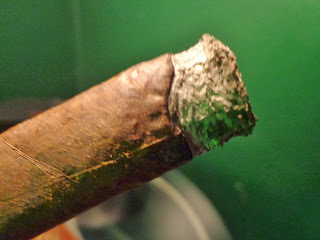 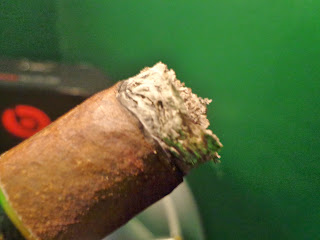 The second third and a saltiness adds to the flavors on my palate with sweetness and coffee notes. The burn continues to be almost even and the ash holds it's form and doesn't fall. Full creamy smoke continues to pump out. The bands come off without incident of tearing. No cracks or defects underneath. My only minor complaint is about the larger band. It was too close to the end and my lips were constantly feeling it. 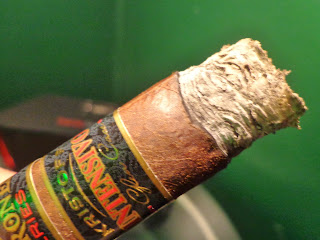 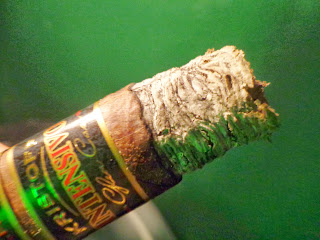 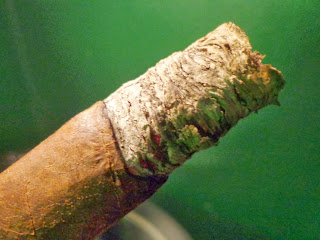 The last third and the smoke remained full and creamy and the burn line is even. White pepper and a sweetness round off the last part of this cigar. 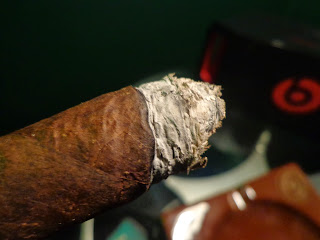 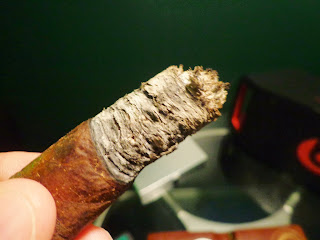 Another great cigar from Glen Case and a Cigar Assessor Approved Cigar. I smoked this cigar until my fingers couldn't hold it anymore. These cigars are just arriving in stores. If you see them grab a few. You'll be glad you did. - November 2, 2013 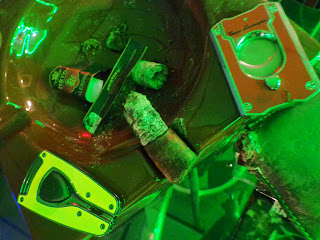 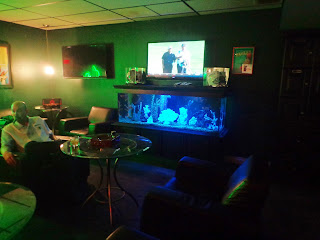 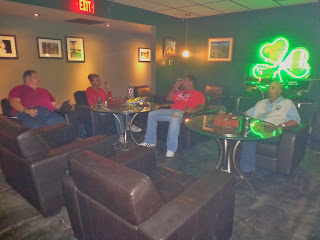 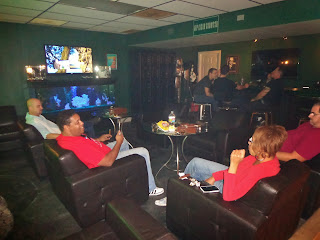 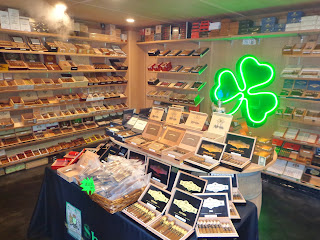 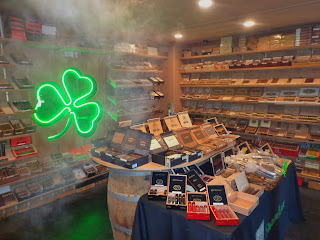 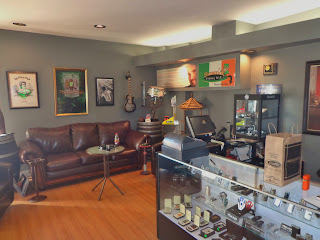 Posted by Cigar Assessor at 8:21 PM No comments: