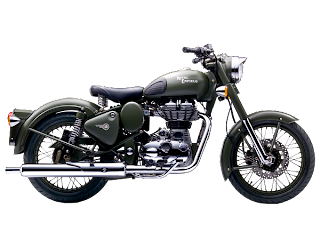 A trip to the gym and then a ride on my Royal Enfield motorcycle up the Pacific Coast Highway to Topanga Canyon Blvd, some sushi for lunch and then a cigar at the Woodland Hills Cigar Company was how I spend most of my Saturday. I cruised the well-stocked humidor at WHCC and spotted the newest cigar from Partagas, the Partagas 1845. I decide to smoke the 6 X 60 Gigante size. 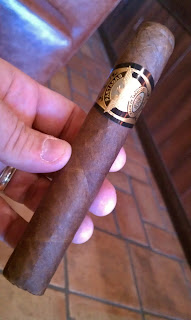 I sat down in one of their nice leather chairs and pulled this fat honey brown colored cigar out of its wrapper and smelled cocoa at the foot and barnyard and cocoa on the stick. This well-constructed cigar had a couple of large veins running down the stick. The band is black and gold with an eagle spreading its wings on it. I clipped the cap with my cutter and got a chocolate flavor with a mild hot spice from the nice open draw, a very nice start. 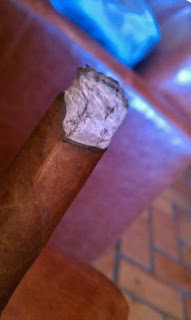 I toasted the foot and got a cocoa flavor from the first draws of medium smoke. A little later the smoke became fuller. I experienced notes of wood and mild pepper in the first third. The burn became very uneven and I needed to touch it up. The grey ash held its form. 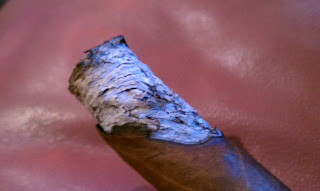 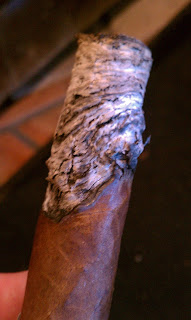 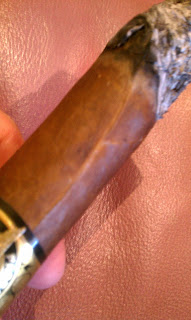 The second section and hints of wood and leather were the dominate flavors. However these flavors were not very strong. The burn continued to burn very uneven and the grey ash with black streaks still held on. It needed another touch up with the lighter. The draw wasn’t as open and my mouth became dry in this section. The ash fell for the first time at almost 2/3 of the way in. 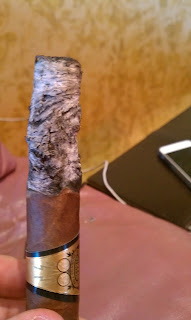 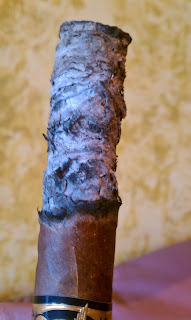 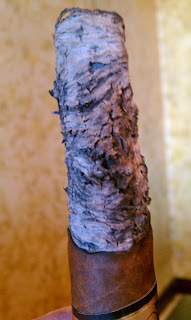 The last third and the draw was still a little tight and mild in flavor. Flavors included a bitter hint of roasted coffee with notes of wood and leather. The band slid off without any problem or damage. I smoked this stick until I felt the heat on my fingers and finally laid it to rest. 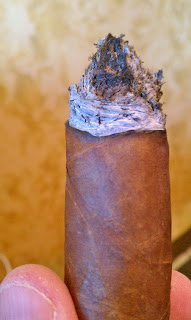 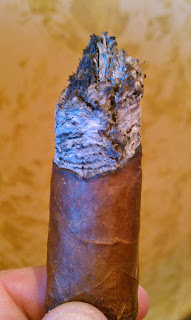 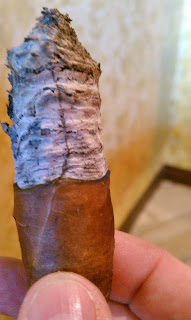 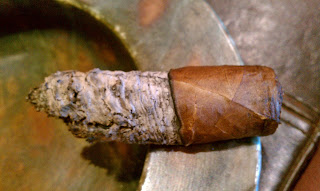 I was really excited to purchase and smoke this new Partagas but found myself disappointed. The burn was very uneven, flavors weak and smoke mild for most of this smoke. It started off with such possibilities but didn’t smoke up to them. With all the nice cigars out there, I would pass on this stick unless you wanted a very mildly flavored smoke that needed constant touch ups.  - April 20, 2013 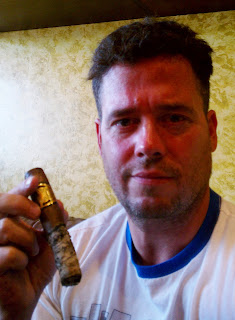 Posted by Cigar Assessor at 10:40 AM No comments: