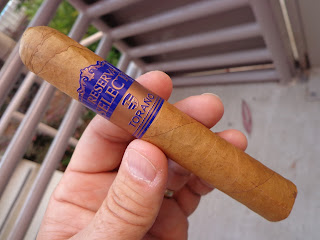 Being a fan of the Torano cigars I have smoked so far, I was excited to smoke this cigar given to me by John Torano at the IPCPR a few weeks ago. I enjoyed talking with John and he is a class act. This cigar is the Torano family's flagship brand and recently received a facelift. It is a very nice looking, well constructed, honey brown stick with minimal veins.  I will be paring it up with a glass of iced coffee.

I sniffed the foot and smelled hay and barnyard. The stick had an aroma of a mild vinegar and barnyard. I clipped the cap and tasted a little spice. I toasted the foot and the smoke immediately was flowing full. Cedar and wood notes are what I tasted. Later in this section a hint of spice and tanginess added to the cedar and wood notes. The light and dark grey ash held firm and the smoke continued to flow out full. 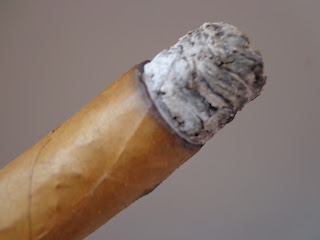 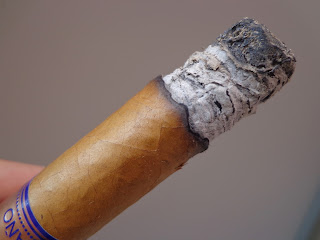 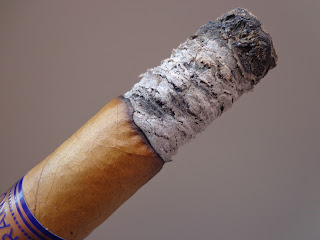 As the burn passed into the second third of the cigar the ash remained attached and the smoke continue to pump out full. The burn was a little uneven. The hints of pepper, leather and wood that I tasted were very mild in flavor. A mild note of sweetness was also detected but disappeared instantly.The band slid off without incident of tearing the wrapper. There wasn't any splitting, glue or defects underneath. Passing the halfway point I tapped off the ash as it began to favor bending one way. 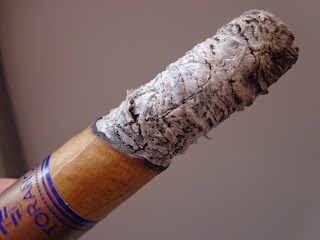 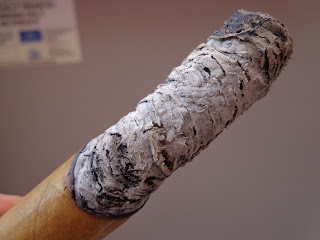 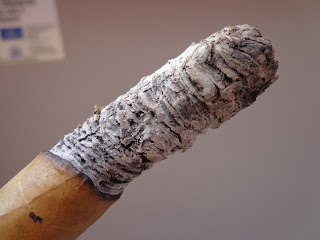 The last third and the flavor note began with citrus and got bitter from there on. The smoke was still kicking out full and the burn evened out. The ash never fell again.I put the cigar down soon after as it got too bitter for me. 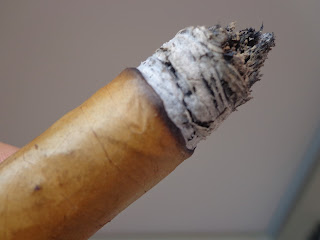 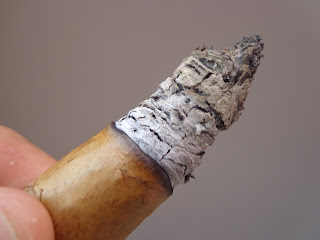 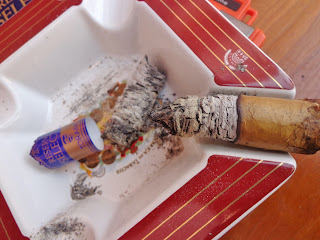 I reviewed and smoked the, Torano Signature Collection Robusto, Torano Single Region Serie Jalapa Robusto and Carlos Torano Casa Torano Maduro Robusto which were all fine cigars. This Torano Reserva Selecta fell a little short for me in comparison to their other cigars. The flavors notes I was able to detect were very mild and the last third became to bitter for me. If I get a chance to smoke another, I will revisit this review and update it if the smoking experience is different. - July 31, 2013 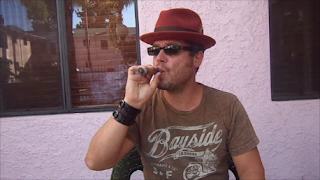 Posted by Cigar Assessor at 9:20 PM No comments: