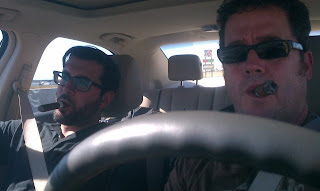 I smoked my first Sam Leccia Black on my way back from IPCPR and really enjoyed it. I met Sam at IPCPR and he was a really cool dude. Reminded me of Kid Rock when I first saw him. We talked for a while and then he handed me a couple sticks. 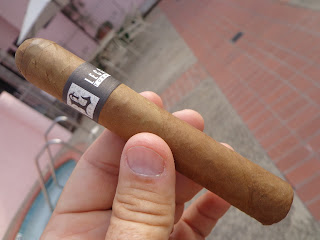 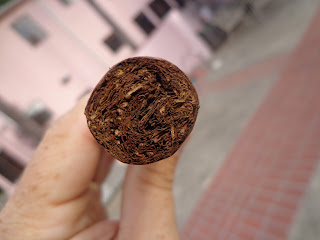 I took this 5 X 52 well-constructed, minimally veined, honey brown stick from it's cellophane and smelled BBQ and hay from the foot and hay and barnyard from the stick. The band is simple and black with Sam's signature in white. It also has a black L and the word, "Black" in a white box and the word and Leccia Tobacco in white. I clipped the cap and tasted BBQ and hickory from the open dry draw. I toasted the foot and smoke immediately began billowing from the stick and hints of cedar and smokey BBQ were the notes I was tasting in the first few draws. Later, molasses, salt and woody notes were detected. The burn was uneven and the nice dense mish-mash of grey ash held it's form for this entire section. Smoke was pumping out full. 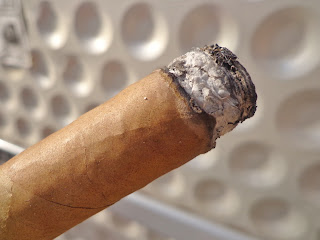 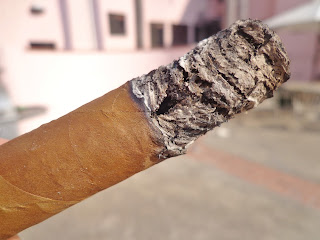 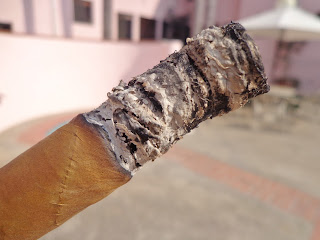 The dense ash fell for the first time at the halfway point and the burn evened out after a touch up. Hickory, BBQ, salt and molasses were the notes I tasted in this second third. The smoke remained kicking out full. 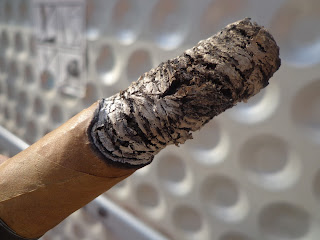 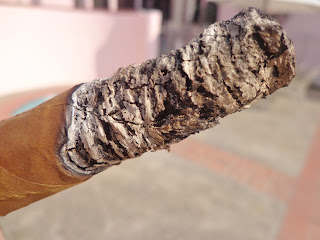 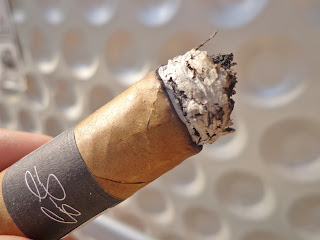 The band came off without incident of tearing the wrapper. No defects or cracks underneath. Wood, and BBQ and a mild sweetness are the notes that dominated the last third. The ash fell again and the burn was even. 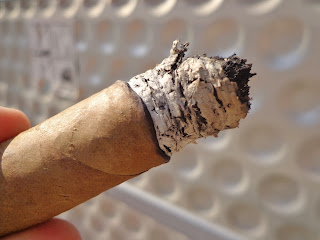 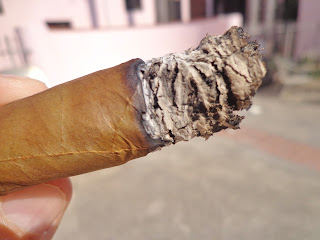 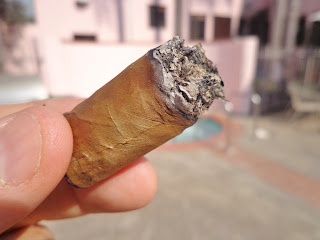 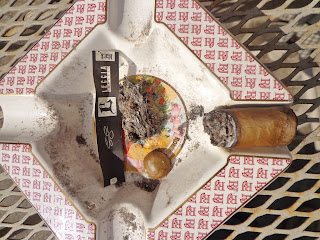 This was a very nice smoke and a Cigar Assessor Approved Cigar. I smoked this stick until I couldn't hold it anymore. If you get a chance to smoke a Sam Leccia Black, do it. You'll be glad you did.  -September 11, 2013

Posted by Cigar Assessor at 12:34 PM No comments: