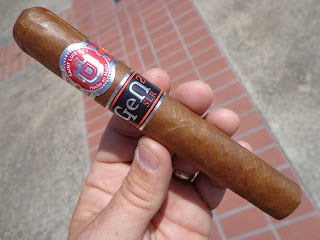 Today I was surprised when the UPS driver pulled up and and I received a package address to me from Altadis. I opened the box and pulled out 3 Saint Luis Rey Gen 2 SLR toro cigars. Did that make my day! I put two in the humidor and grabbed a Virgil's Orange Creme Soda and Vosges, Mo's Dark  Bacon Bar and went to the pool.

This well constructed milk chocolate colored cigar with minimal veins has two bands. The top band which is colored silver, red and orange red is the band for Saint Luis Rey. The second band is silver, black and red and has Gen 2 SLR.

I pinched this stick form it's wrapper and smelled cocoa and sweet hay at the foot and barnyard on the stick. I clipped the cap and took a nice open draw of spice and caramel. I lit the foot and tasted mild cedar. Notes of wood and citrus joined cedar in the flavors I tasted in this section. The burn was even and the ash was a nice dense grey ash with some streaks of back. The smoke was full and creamy. 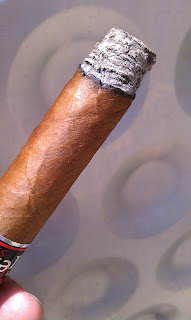 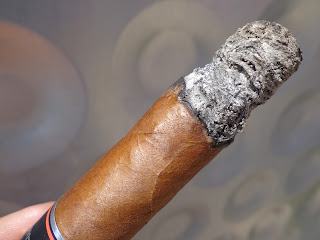 The grey ash held its form until about halfway when it fell and the burn was a little uneven. Hints of saltiness, leather and wood were the dominate flavors in this second section of the smoke. The smoke was still kicking out full. The first band came off without incident of tearing, glue with no defects underneath the band. 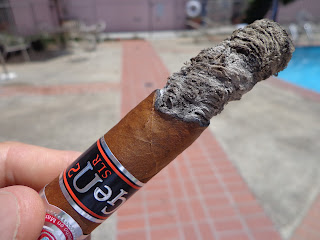 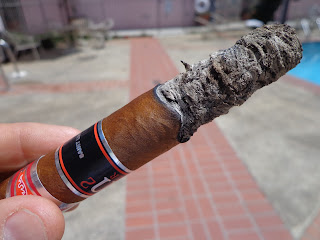 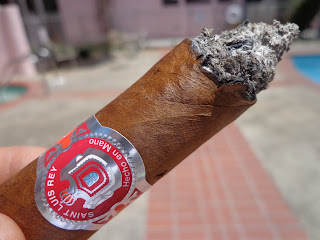 The smoke was still pumping out full in the last section of the stick and the burn evened out for the rest of the cigar. Notes of cedar, cinnamon, spiciness and caramel were the flavors I tasted during the last part of this smoking experience. The second band also came off without incident. Very nice. 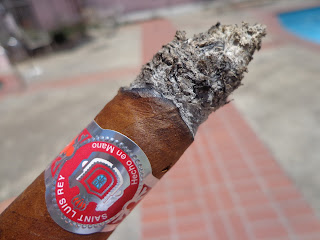 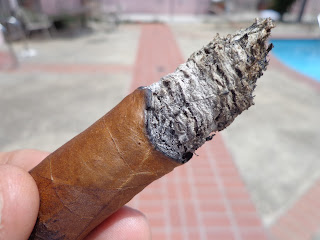 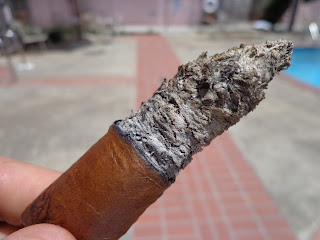 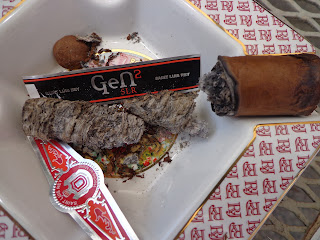 This cigar was a very pleasant smoking experience and the Saint Luis Rey Gen 2 SLR Toro is a winner. If you see these cigars at your local cigar shop or the internet store you purchase your sticks, grab a few and put the in your humidor. You won't be disappointed. The Mo's Dark Bacon Bar and Virgil's Orange Cream Soda were a nice pairing with this cigar. - May 10, 2013 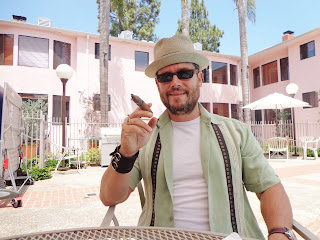