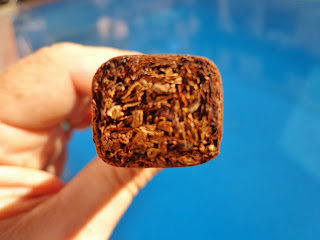 Today, I asked my boy James to pick me a cigar out of the humidor to review. He picked the CAO Flathead 554 because he thought it looked cool and like the box pressed look.. A cool looking stick that had a label that is reminiscent of a retro time. It reminded me of the 1950's. This boxed pressed dark chocolate robusto was a well-constructed, minimally veined cigar with a mild oily sheen to it. 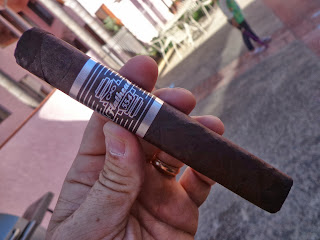 I placed the foot under my nose and smelled the aroma of chocolate and hay. The stick had a sweaty barnyard smell to it. I clipped the cap and tasted notes of spice and hay. Toasting the foot, it lit easy and I tasted cedar and a flowery note in my first few drags of full smoke. Later in the first third, I tasted hints of coffee, cedar, wood and leather. The ash was dense and light grey. The smoke pumped out full and creamy and the burn was even. 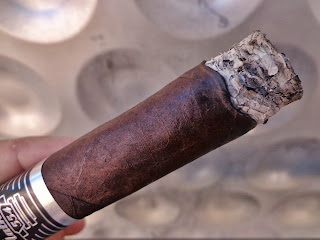 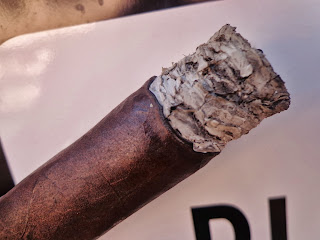 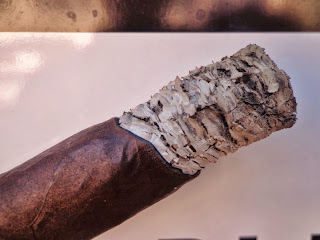 The second third and a sweetness note entered into the mix along with white and black pepper. The ash almost held on until the halfway point and the burn was almost even as the smoke continued to pump out full and creamy. The large band came off without incident. No glue, defects or tears underneath. 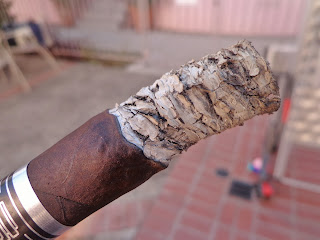 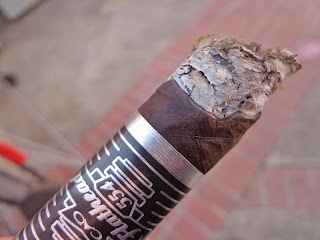 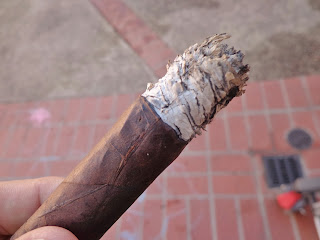 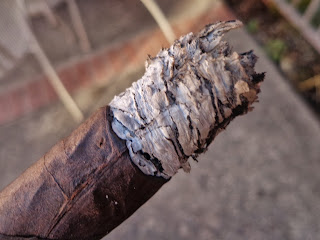 The last third and the ash fell again right before and the smoke was still kicking out full. The burn evened out and the flavor cavalcade ended with just notes of black pepper and a slight bitterness dominating the last section. 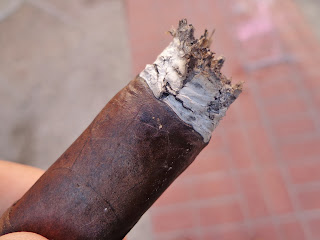 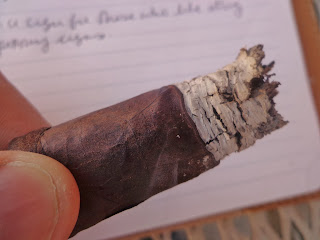 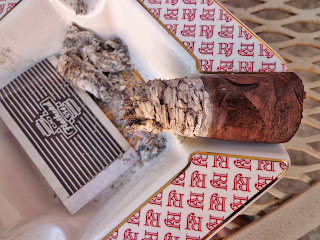 This cigar was a nice bold stick and would be great for a person that likes a strong peppery cigar. If only the notes from the first half continued throughout the whole stick I would have enjoyed it more. I'm not a fan of the peppery flavor dominating half a cigar and probably wouldn't smoke another one. - September 25, 2013

Posted by Cigar Assessor at 3:18 PM No comments: