This is my last stick from a box of 10. I usually always save the last from a box for a few months before I’ll smoke it and today is the day to smoke this big bold Maduro cigar. From experience, I make sure to smoke it on a full stomach.


I head to the valley to meet up with a friend and afterward I head to the smoking room at my lodge to sit and relax with this cigar and a large bottle of smart water. I put on a cd that I made a while ago and it has tracks consisting of ultra-lounge music mixed with Miles Davis, Ray Charles, Nina Simone, Wayne Newton, Dave Brubeck and others. 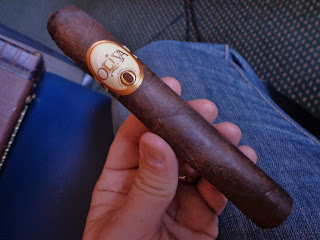 This dark chocolate stick looks delicious with its light veins. I took a sniff at the foot before I pulled the whole cigar out of its clear cocoon and I smelled chocolate. It was very prevalent. I took the rest of the stick out and barnyard is the aroma I smelled. 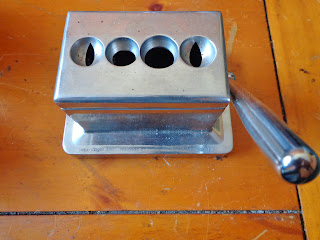 I clipped the cap with a table cutter that offers four different cuts and I chose the biggest hole to clip the cap off. I placed it in my mouth and took a nice open draw and I tasted cocoa and hay. 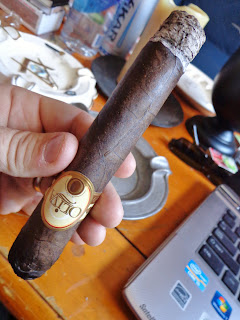 This cigar ignited instantly with one wooden match and the first draws embraced hints of pepper. Roasted coffee and cocoa notes took over as the stick perfectly burns on. The smoke was full and very creamy.


The shades of grey colored ash had spots of black with a brown dusting. It held its form and eventually fell off around one third in and the black mascara colored burns edge underneath the ash is thick. 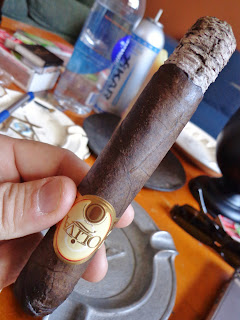 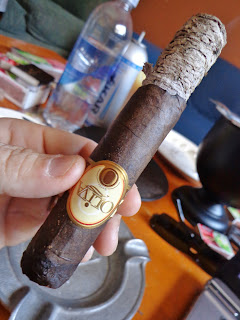 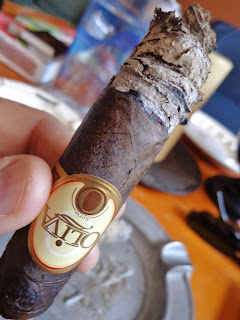 Hints of cocoa, cedar and wood dominated the second third of this cigar. The smoke remained full and the burn even. 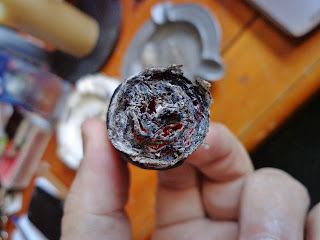 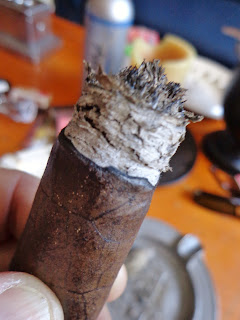 The last third encompassed notes of wood and leather. As I got to the end, roasted coffee flavors return. The smoke never let up from this stick with it fullness and the burn never wavered from its even burn. When I looked down at the foot of this stick, I can see an orange glow underneath the ash. 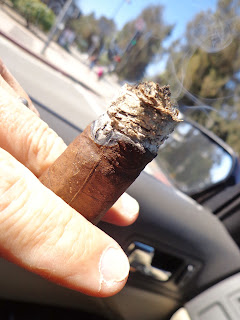 Make sure you put aside about 90 plus minutes for this smoke. I was enjoying it so much, I lost track of time and had to dash out and finish the last few puffs of cigar while driving to my next destination. I didn’t want to waste a single bit.
If you like a nice bold, strong flavored cigar you should get a few of these for your humidor. This is another great cigar in the Oliva line of cigars. - March 12, 2013 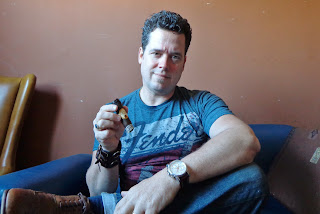