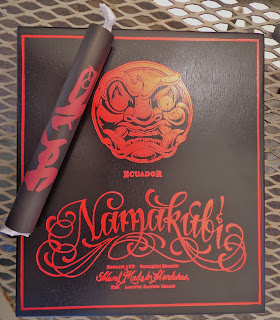 This past Saturday, I had the pleasure of sitting with Matt Booth at ShamLux Cigar Lounge in Granda Hills, California and smoking his latest cigar, the Room 101 Namakubi Ecuador Ranfla. My friend Shane accompanied me and as we walked in Matt came over and offered us a cigar. A man so confident in his product that he placed one in our hands to try for free. I was impressed with the cigar. So, I purchased a box and smoked another before I smoked one for this review. I paired this cigar up with a Virgil's Micro Brewed Cola and a Sweetriot Dark Chocolate with Coconut Bar. 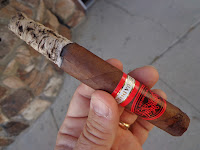 Each cigar has a wrapper of white tissue paper covered by a black piece of paper with red Japanese characters. I slid the cigar from the cover paper and unwrapped the cigar from the tissue paper and pulled out a well-constructed, minimally veined, chocolate brown perfecto cigar. It had a light sheen to it and was double banded. The top band was red and black with the word Namakubi written along the middle and Room 101 toward the bottom. The second band was red, gold and white with the word Ecuador in gold across the middle. 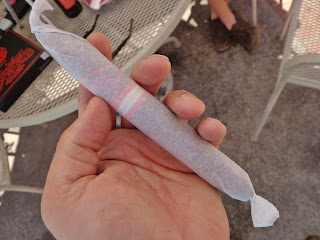 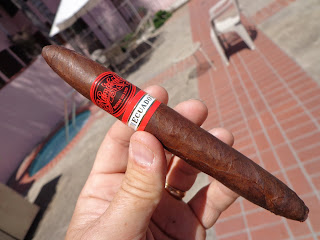 I sniffed the foot and smelled hay and a little spice. I smelled barnyard from the stick. I clipped the cap with my new Room 101 Knuckle Cigar Scissors. Nice even cut. I took a dry draw of hay and a hint of spiciness. I toasted the foot with my Jet Line 3 torch lighter and tasted mellow cedar and an earthiness from the first few draws of full creamy smoke. The ash fell for the first time about a quarter of the way in. During my other two times smoking this cigar, the ash held on for over a third of the stick. The burn was even in this first third and notes of honey added to the flavors. 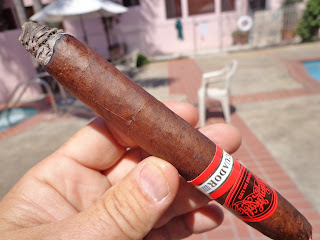 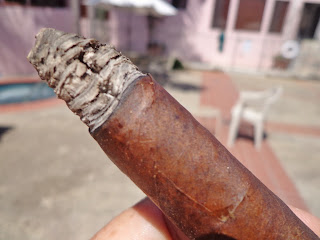 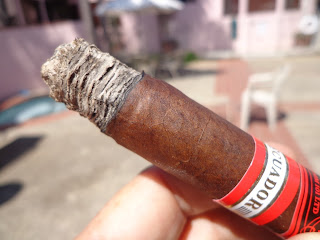 The full creamy smoke continued to pump out full and the burn line was even for the most part. Hints of saltiness, cedar and sweetness were the flavors I tasted in this second section and the grey ash fell again. I took the first band off without incident of tearing. There wasn't any cracks, glue or defects underneath. 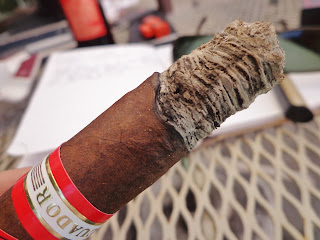 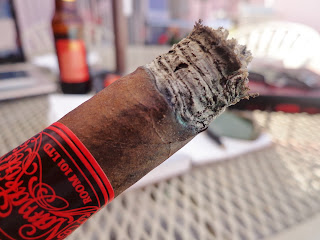 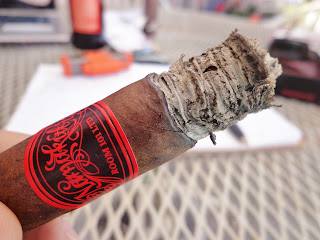 As I smoked into the last section, saltiness, sweetness along with roasted coffee were the dominate flavor notes in this section. The burn remained even as the smoke continued to kick out full and creamy. The second band also came off with incident of tearing the wrapper. I smoked this cigar until I couldn't hold it anymore. 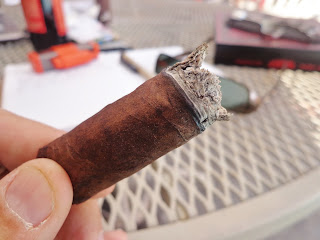 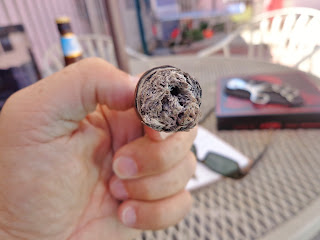 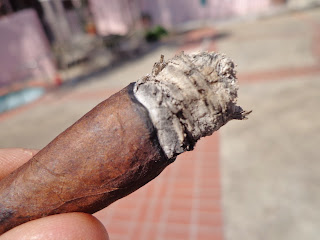 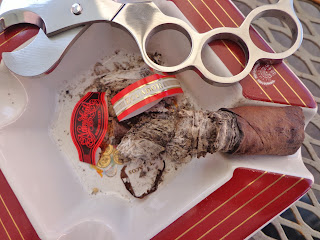 This is a great cigar that I really enjoyed smoking all three times so far. My friend Shane also smoked two with me and really liked them. This cigar is a limited edition cigar and a Cigar Assessor's Approved Cigar. If you get an opportunity to purchase this cigar or a box or two do it. You'll be glad you did. -July 29, 2013 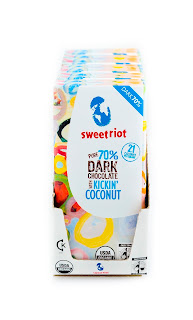 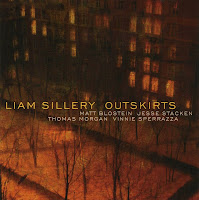 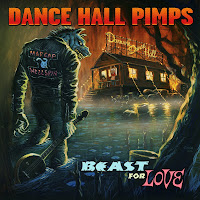 Posted by Cigar Assessor at 2:54 PM No comments: