The weather in Los Angeles has been warming up and a night time temperature of 65 degrees was calling my name. I sat poolside with a nice glass of Laphroaig 10 year single malt scotch that a friend supplied and a new cigar, a Rocky Patel Old World Reserve. The palm trees danced and SiriusXM’s, Seriously Sinatra, played in the background. 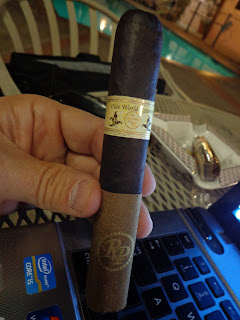 This cigar gives a beautiful presentation in both appearance and construction. A lightly veined dark brown wrapper with a cream colored band with gold lettering. It looked like dark chocolate candy.
The smell was reminiscent of a barnyard, which I happen to like. I clipped the cap and took a drag. It presented a very open draw. 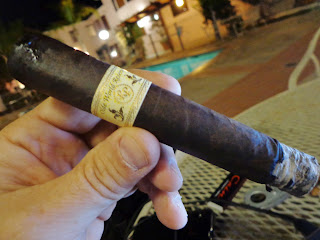 The Rocky Patel fired up nicely with a wood match.  It instantly created a full velvet smoke. The first two flavor notes were roasted coffee bean and cocoa. 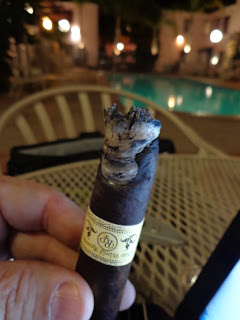 Unfortunately, the burn became uneven and lopsided. The top was stuck at the quarter mark of the cigar while the bottom was already passing one third. At that point the ash fell.


It required significant touch-ups. I had to use the sides of the ash tray to even out the burn. I found that this stick needed constant puffing to the keep the smoke going.


It became nutty in flavor before reaching the halfway point at which point it faded and actually burned out. I needed to relight the cigar and the smoke became full again. 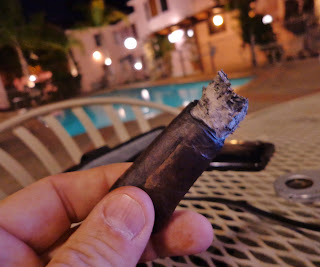 The taste during the final two thirds of the smoke consisted of hints of leather and wood. When the cigar was burning, the smoke was creamy. However, this stick continued to burn unevenly and needed several touch ups including a full relighting at one point.
Overall, based on construction, taste and smoke, this was a good cigar but I had to give it constant attention to keep it going.
If you like to keep a cigar dangling from your mouth, this is the cigar for you. If you like to smoke and put it down once in a while it’s hard for me to recommend this stick, especially if you don’t want the hassle of relighting your cigar.
To be fair, I will give another a try to see if I have the same problems and report back my findings.  - February 27, 2013 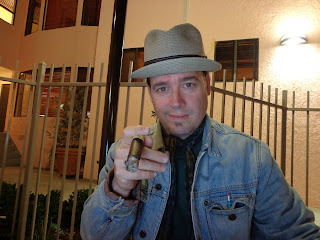 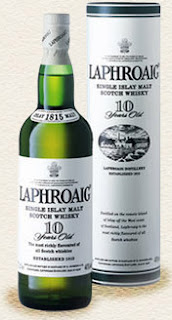