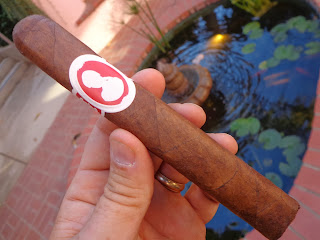 A beautiful cigar on a beautiful day. I've smoked many of these and La Duena is one of my favorite cigars to smoke.  A blend put together by Pete Johnson of Tatuaje Cigars and Janny Garcia of My Father's Cigars. So now, I was finally able to smoke one for a review. I will be paring this cigar up with a nice French red wine. La Vielle Eglise 2009 Reserve. In the video review, I thought I was drinking a Bordeaux like I was told but on further inspection it is a mix of Merlot, Malbec and Abouriou grapes. Very nice wine. This dark chocolate, boxed pressed, minimally veined cigar had the smell of barnyard and sweat on the stick and a little league baseball field and floral scents at the foot. The red and white band reminds me of a Victorian Cameo Brooch.

I clipped the cap and tasted spiciness and floral notes from the open dry draw. I toasted the foot and took a few drags of cedar flavor in it's full creamy smoke. Later hints of pepper, leather, wood, nuts and a tanginess are the flavors I tasted. The smoke was full and creamy and the ash was a nice dense ash that was grey in color. The burn was even. 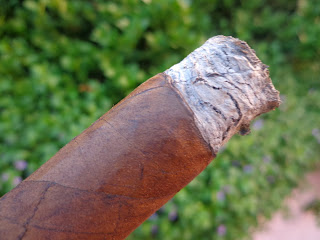 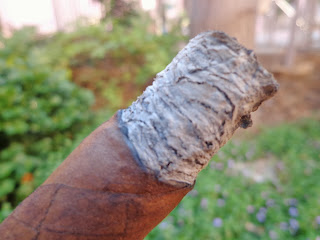 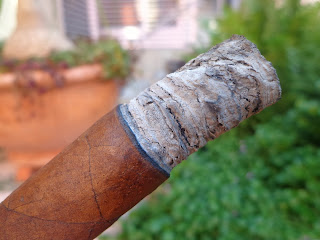 The ash fell right before the first third of this smoke was completed and notes of cinnamon, roasted coffee, molasses and white pepper are what danced around my palate. The burn was almost even and full creamy smoke continued to pump out of this cigar. The band came off without incident of tearing and there wasn't any cracks, defects or glue underneath. So far, so good! 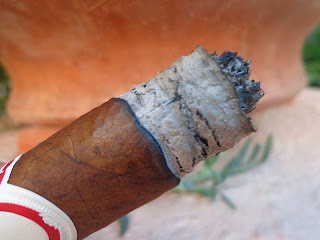 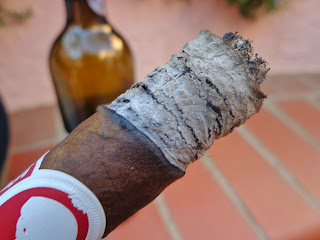 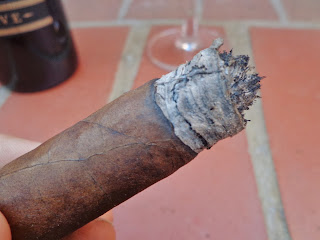 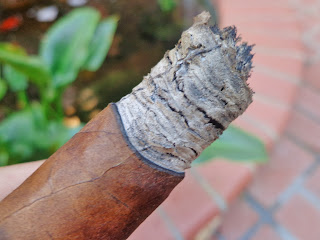 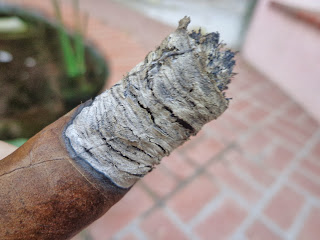 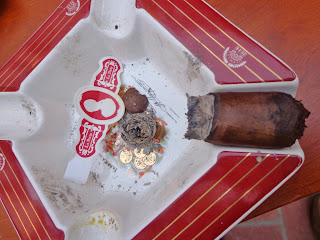 This cigar is a pleasure to smoke and I give it the Cigar Assessor Approved Cigar. If you see this cigar buy a few because if you just purchase one and smoke it, you'll wish you picked up more.
- October 7, 2013 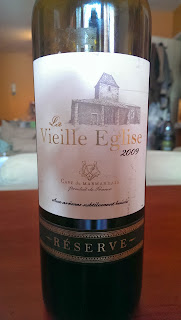 Posted by Cigar Assessor at 10:05 AM No comments: