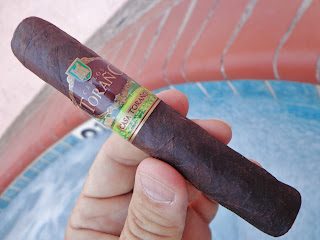 On this day I decided to pull another Torano cigar from my humidor to review. The Carlos Torano Casa Torano Maduro will be the third Carlos Torano cigar I will review. Earlier this year I reviewed both the Torano Signature Collection Robusto and the Torano Single Region Serie Jalapa Robusto. Both nice cigars. I will be pairing this cigar up with Flying Cauldron Butterscotch Cream Soda.

I pinched the dark chocolate, well-constructed cigar from its wrapper and smelled rich chocolate from the foot and stick. This stick is a little bumpy in a good way and has minimal veins. The band is chocolate, gold and green in color with a picture of a tobacco field in the background. I clipped the cap and took a dry draw of pepper and leather. I toasted the foot and tasted a mild cedar, citrus and pepper from the full smoke pumping out. The draw was very open and the grey as with a few streaks of black held on during the first third of this smoking experience. The burn was almost even. 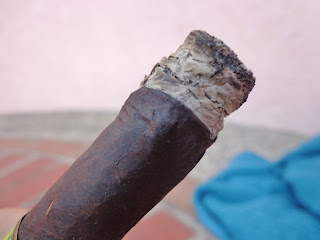 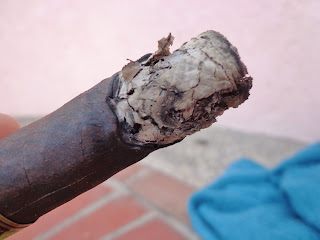 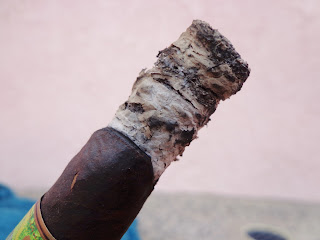 The nice dense ash fell off around the halfway point. The smoke was still kicking out full as the burn became uneven. Hints of roasted coffee, citrus and cocoa were the flavors that dominated this second section of the smoke. 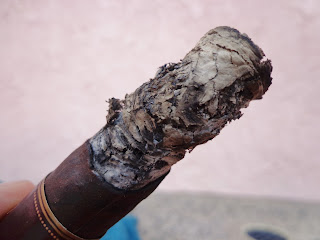 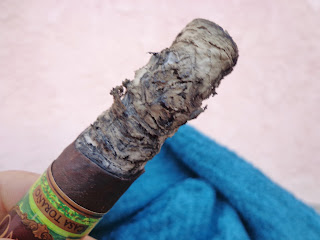 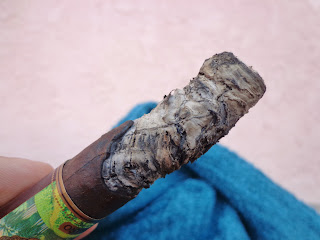 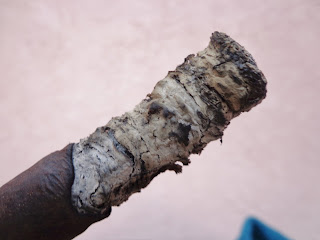 The burn even out on its own in the last section of this cigar and the smoke still was flowing out full. The ash held on for the rest of this smoke and notes of leather and coffee were the flavors that finished this third off. I smoked this cigar until I couldn't hold it anymore. 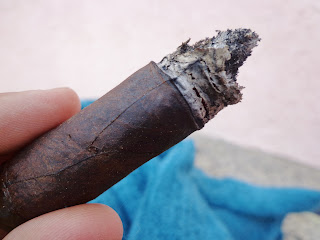 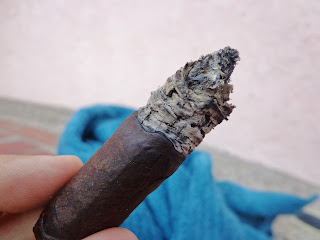 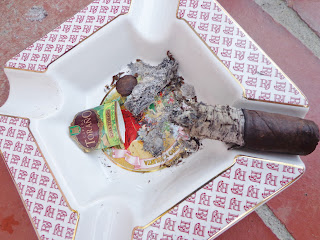 The Carlos Torano Casa Maduro Torano Robusto was  a very nice smoking experience and a Cigar Assessor Approved Cigar. Grab a few and put them in your humidor. You'll be glad you did. -July 7, 2013

Posted by Cigar Assessor at 10:45 AM No comments: