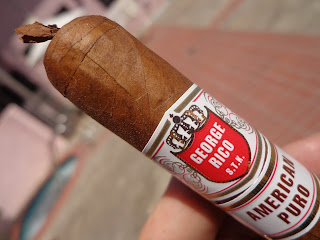 Today, I decided it was time for the George Rico S.T.K. American Puro to leave the humidor and get lit up. One that was given to me by George himself when I met him at IPCPR in July. I will be pairing this cigar up with a Dove dark chocolate bar and Hanson's all natural cola. 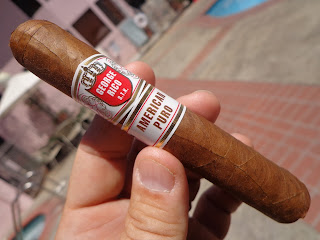 After taking this double banded, well constructed, honey brown stick with minimal veins out of it's cellophane wrapper, I felt it and did not find any soft or hard spots.  I placed the foot under my nose and smelled hay and strong BBQ. The stick also emitted BBQ and barnyard. This stick has a small fan like pigtail and an mild oily sheen. I cut the cap and took a dry draw tasting hay and BBQ. I toasted the foot and hints of cedar was the first flavor I tasted. Later in this third I also tasted notes of hickory and molasses. The burn was even, the smoke full and creamy and the dense gray ash held it's form. 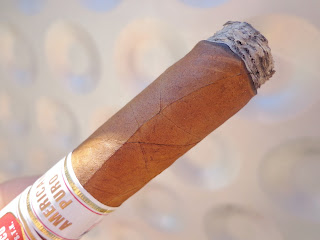 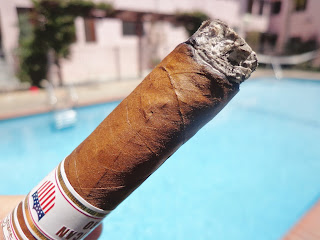 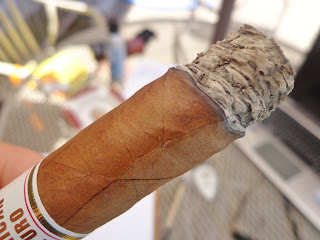 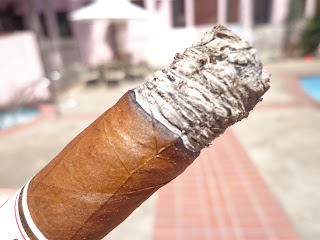 The second third and the burn remained even, smoke pumping out full and dense light gray ash stayed intact until I tapped it off about halfway. Flavor notes of mild BBQ, nutmeg and wood was what I detected. The first band came off without incident and there wasn't any cracks, tears, defects or glue underneath. 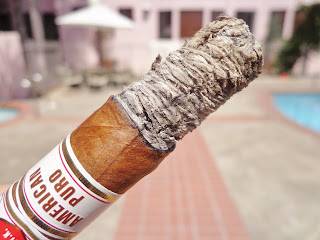 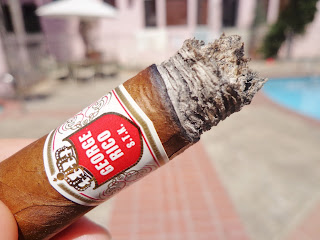 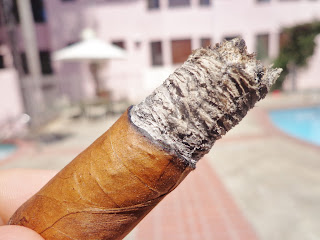 Hickory, salt and leather were the flavors I tasted in the last third of this stick. The burn was still even, ash didn't fall again and the smoke was still kicking full and creamy. The second band came off easily. No cracks, glue or defects underneath. I smoked this stick until I couldn't hold it anymore. 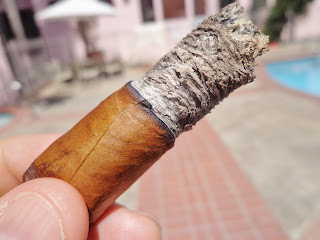 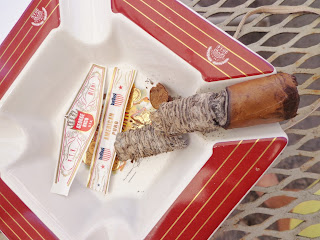 This cigar was a pleasant smoking experience and a Cigar Assessor's Approved Cigar. If you get an opportunity to smoke one of these stick you should. You'll be glad you did. - August 21, 2013 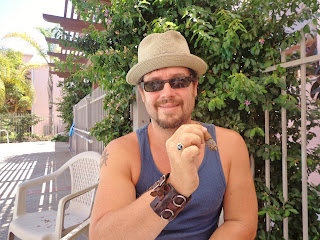 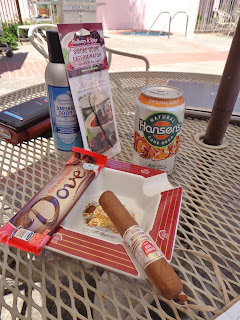 Posted by Cigar Assessor at 7:32 AM No comments: