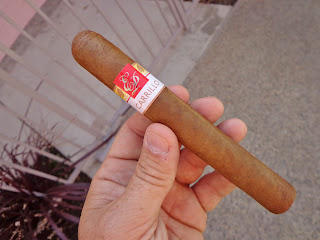 A few months ago while smoking in my friend Rod Conti's Man Cave, we traded some cigars and he gave me this EP Carrillo New Wave Connecticut Divino. I placed it in my humidor when I got home and forgot about it.

I pulled the EP Carrillo out today and went by the pool, set up the camera and jumped in for this review. After drying my hands, I pinched this well constructed, honey nut brown stick from its wrapper and give the foot a sniff. I smelled caramel and sweet hay and sweat and barnyard from the minimally veined stick. The band on this cigar is a nice simple design with colors of red, white, gold and yellow.  I clipped the cap and took a nice open draw of a mild spice and hay. I torched the foot and taste nuts and a back drop of cedar notes from the first few draws. The smoke started medium-full and became full later on in this section. Later wood notes mixed with the nutty, cedar flavors. The burn was a little uneven which could be attributed to the breeze that was blowing. 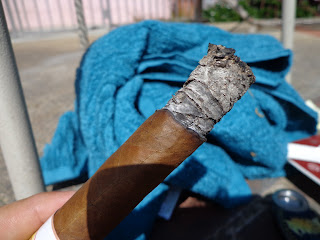 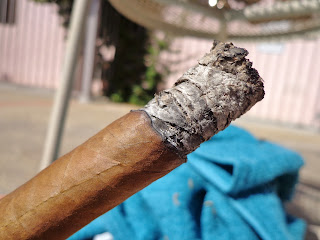 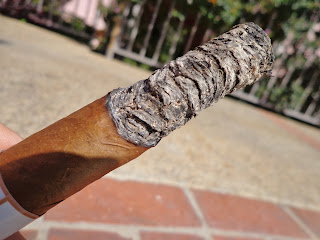 The second section of this smoke and a mild pepper spice, nuts and wood are the flavor notes I tasted.  The smoke was pumping out full and the burn was still uneven. The dense mismatch of grey ash fell between the one third and half mark. 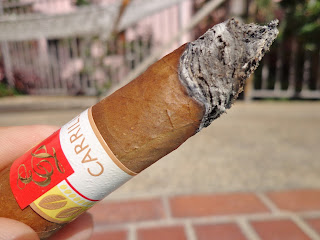 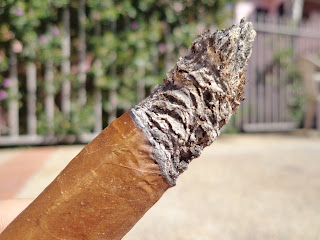 The last section and the band came off without incident of tearing, glue or defects underneath. Notes of nutmeg, spice and cedar dominate this section. The smoke was kicking full and the ash fell again and the burn evened out. 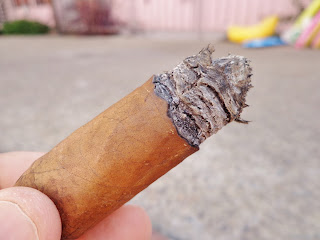 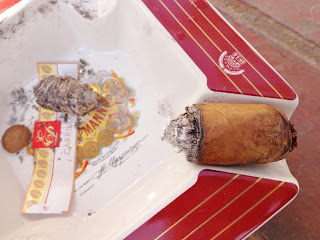 This medium flavored cigar was a very nice smoking experience and a big thank you to my friend Rod for giving me this cigar, I might not ever have tried it other wise. If you get a chance to smoke one, do it. -June 3, 2013. 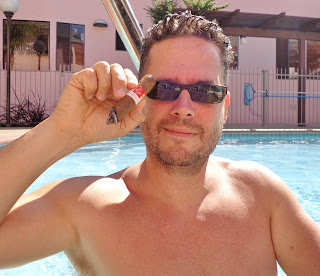 
Video Review
Posted by Cigar Assessor at 10:18 AM No comments: