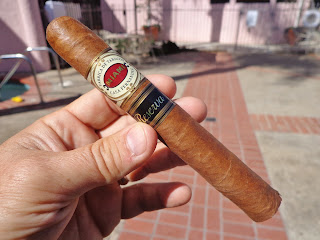 Today I decided to smoke a cigar from the Casa Fernandez line. The Miami Reserva is a nice honey nut brown colored, well constructed stick with minimal veinage. It has two bands, one with the company name and the other a smaller band with the word Reserva written in gold. I poured a nice 2011 petite sirah from the Maggio Family Vineyards to accompany this cigar. Placing the foot under my nose I smelled a floral and chocolate aroma from it and a chocolate smell from the stick. I clipped the cap and took a nice open dry draw of cinnamon. After torching the foot a mild cedar flavor was first to fill my mouth. Other flavors in this third were notes of citrus, leather and nuts. The medium dense grey ash with some streaks of black held it's form nicely and the burn was almost even. The smoke was pumping out full. 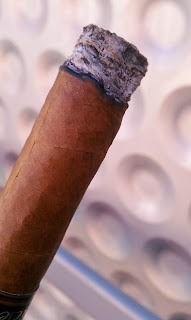 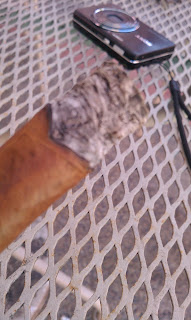 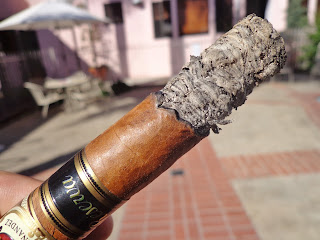 Hints of saltiness, nuts, cedar and a mild black pepper spice dominated the flavor notes of the second section of this nice burning cigar. The smoke was still kicking full and the ash fell for the first time around the halfway point. I peeled off the first band without incident of tearing and there weren't any cracks, glue or defects in the wrapper underneath. 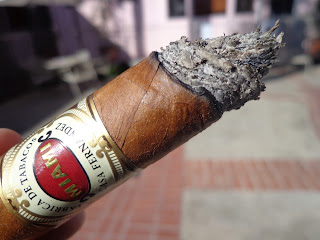 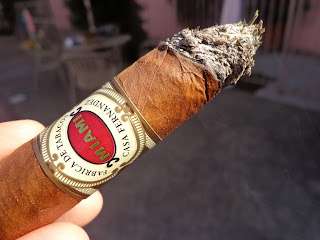 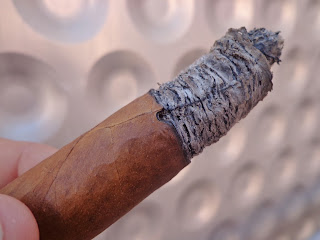 The last third and I removed the second band without incident. The smoke was full and the burn even. Leather, cedar and roasted coffee were the flavors I tasted. The ash fell once again and I smoked this cigar until I couldn't hold it anymore. 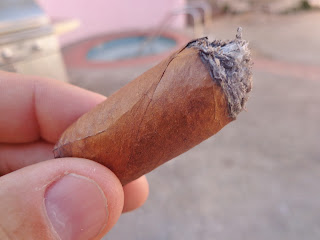 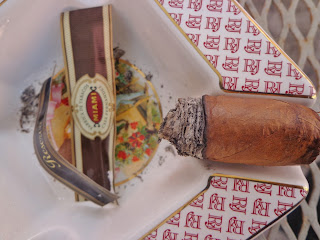 This medium to full bodied cigar wan an enjoyable smoke and would be a nice addition to any well humidified humidor. - May 29, 2013 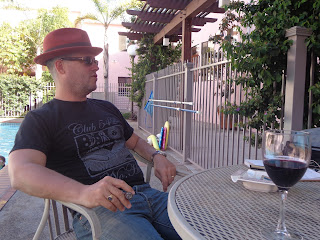 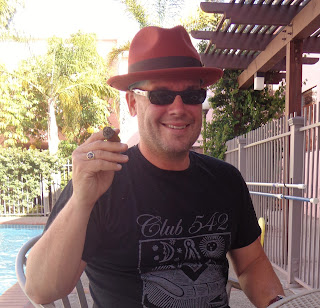 Video Review
Posted by Cigar Assessor at 9:27 AM No comments: