I picked a couple La Aroma De Cuba Mi Amour Reserve Romantico on the recommendation of one of the owners of Woodland Hills Cigar Company. Today, I sat by the pool on this 74 degree morning with my music and iced coffee and was hoping to enjoy one of these sticks. 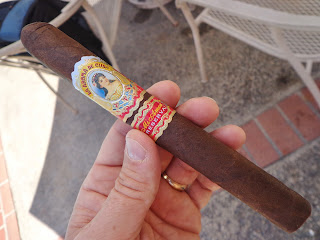 I popped this long box pressed cigar out of its wrapper and smelled sweet hay and cocoa at the foot and barnyard and cocoa on the stick. It is a well constructed, medium chocolate colored, minimal veinage cigar. I clipped the cap with my cutter and took a dry very open draw of spicy hay. I lit the foot with my torch lighter and tasted cedar from the first few draws. Spicy pepper, coffee notes, a touch of salt along with an earthy flavor filled out this first third. The burn is a little uneven and the smoke is full and creamy. The grey ash fell about 1/4 way in. 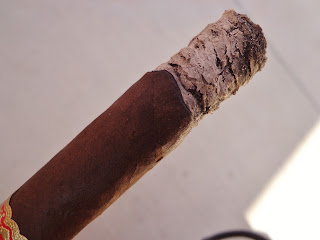 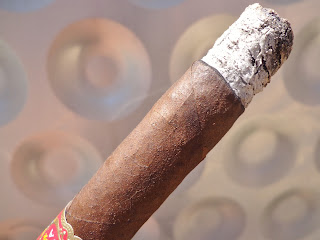 Took the first band off during the second third without any problem or tearing. Hints of nutmeg and salt are the flavors I taste. The mishmash of grey non-dense ash fell for its second time during this section and the burn even out at the second band which also came off with incident. The smoke continued to pump out full and creamy. 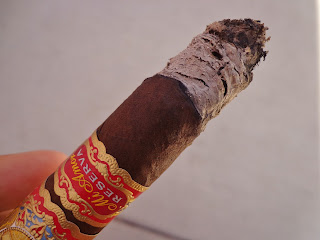 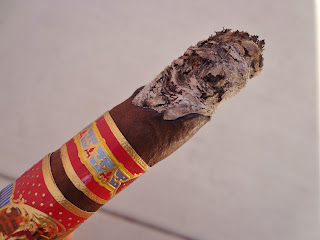 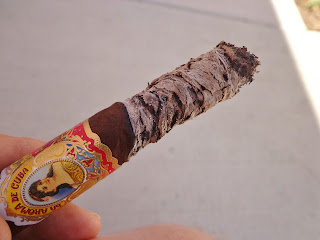 A strong cedar flavor was dominate during the last third alongs with hints of nuts. The ash fell again and the burn remained even. The smoke continued to kick out full. Strong pepper was the flavor toward the end of the smoke. 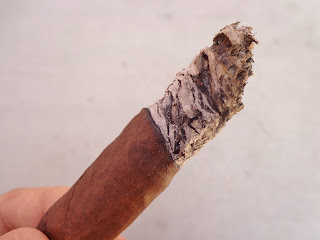 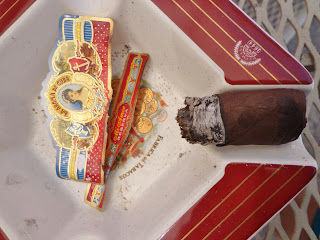 This full bodied smoke was very enjoyable and I have a couple more in my humidor to either smoke or share. If you see this cigar on the shelve of you local cigar shop pick a couple up for your humidor. You won't regret it.
- April 22, 2013 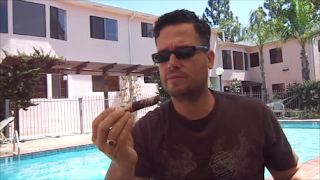 Robert Anthony Meyers
robert@cigarassessor.com
The video review.
﻿
Posted by Cigar Assessor at 12:43 AM No comments: