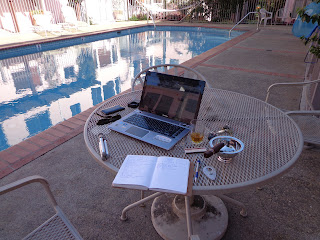 Today, I visited an old friend. A friend I visited over 200 times but not in recent times. The Padron 5000 Maduro. My old go to cigar which is a very consistent cigar that never let me down. I reviewed this bold stick after not paying much attention recently in this industry of the boutique cigar flooding the marketplace. 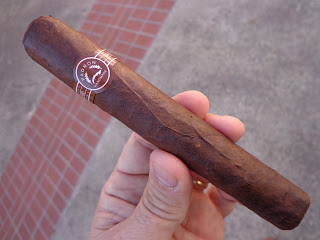 The drink I chose for this regal event is Glenlivet 15 year single malt scotch. The music is the from the album, Phenomenology by New York based trumpeter Liam Sillery. I pulled a chair to the table by the pool on this 70 degree day and pinched the dark chocolate stick with very visible veins out of its wrapper.

The band is simple and to the point. It's brown with white lettering and lines. Padron arching along the top of the circle and Handmade underneath the logo.


The prelight smell was earthy and reminded me of a baseball field smell. I clipped the cap and the very open smooth draw of this cigar contained a peppery and cocoa taste. 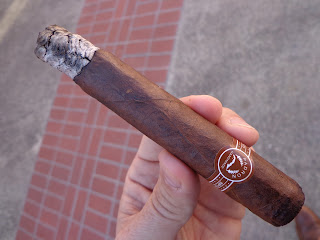 I lit the cigar with a wooden match and pepper and cedar were the flavors embracing the smoke entering my mouth. The white smoke flowed freely and was full and creamy. 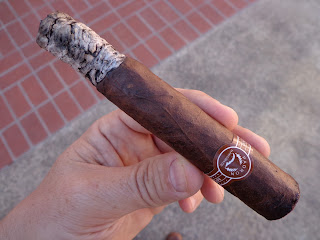 The grey ash with its black highlights fell about a quarter of the way in and exploded into dust. This hasn’t been a common occurrence during my reviews as most of the ash that falls from the previous cigars stays in its shape for the most part.


The second third of this even burning stick has notes of coffee and cedar and the smoke was pumping out full and strong. 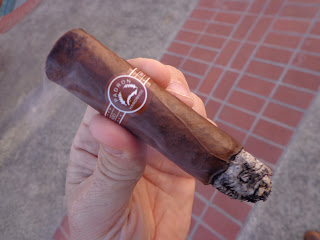 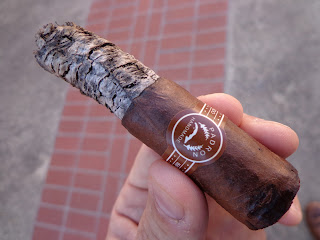 A leather note appeared in my palate during the last third and the flavor remains full. The smoke never let up and the burn stayed even throughout. 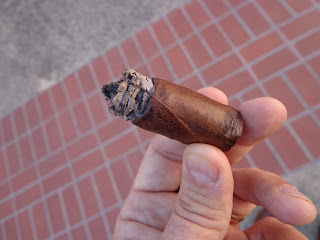 I smoke this cigar until I felt the heat on my lips. I placed in down and instantly the bell begins ringing from local Catholic church nearby.
﻿
The Padron 5000 Maduro has it's own distinct flavor of all the cigars I have smoked. It's not overly powerful but bold in its own right. If you haven't smoked one yet, you should. You won't be disappointed. -March 11, 2013 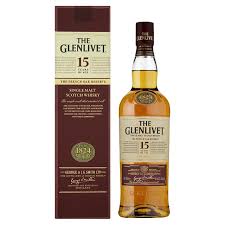 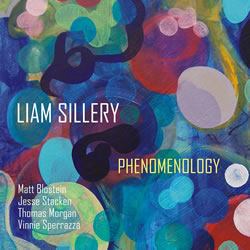 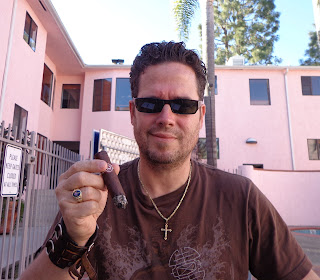