This cigar was given to me by a friend who purchased a few and wanted my opinion on it. I haven’t smoked many Camacho cigars in recent times so it will be nice to revisit the brand. I took the opportunity to smoke it during a party at my building. So I drank a few different red wines during this smoking event. 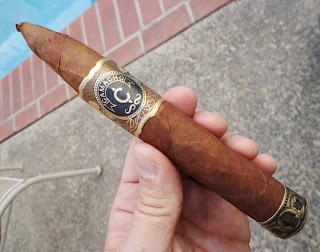 I take this milk chocolate colored torpedo with tiny veins out from its wrapper and sniff the foot. I smell nutmeg from the foot and barnyard from the stick. I clip off the pointy tip on this cigar and the dry draw is an easy draw of nutmeg and cocoa. I find the brown, black and gold band on this stick to be a little overbearing. 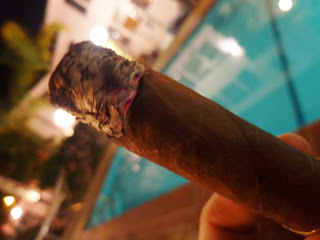 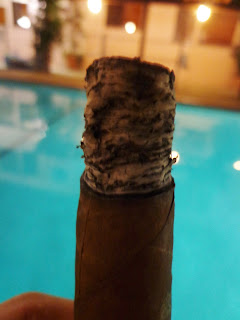 I slip off the band wrapped around the foot and toast the foot with my Lotus Torch. The stick ignites easily pushing out a nice light white smoke. The first flavor I taste is mocha. As I smoke on I taste hints of nuts and vanilla stick. The grey ash falls around a quarter of the way in. 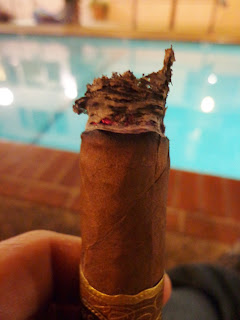 The second third of this smoke produces hints of caramel, leather and cedar in flavor. The burn remains even and the smoke continues to kick on full. 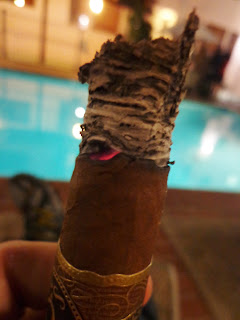 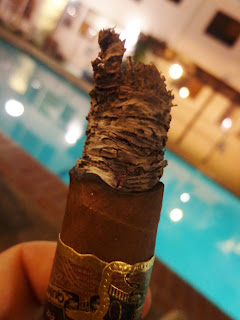 The cedar and leather flavors continue during the last third of this cigar and then it loses all flavors toward the end and all I taste is flavorless smoke. The burn line has remained mostly even throughout this smoke and the smoke never let up its fullness. 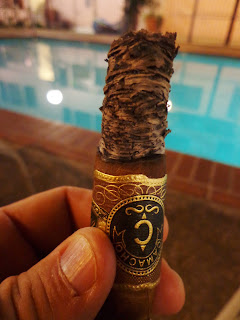 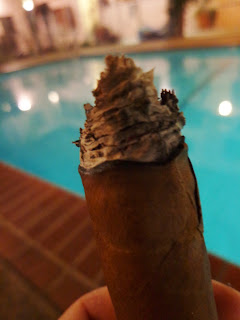 When I took of the band on this stick, the glue was stuck to the wrapper and pulled it back a little, creating a little damage but not enough to matter. 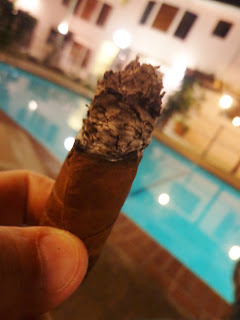 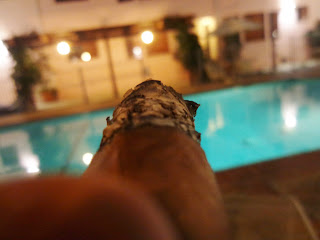 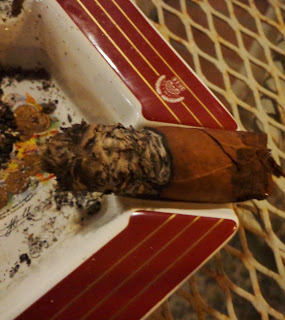 From what I can remember, in the past I was never a big fan of Camacho cigars or Honduran tobacco. This was a nice smoke but I had trouble finding information for this cigar on the Internet. I even tried the Camacho site and could find it. That aside, after this recent smoking experience, I could be persuaded to venture back and try a few other Camacho cigars.
-March 25, 2013 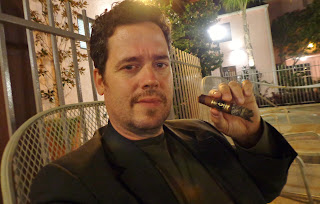 Robert Anthony Meyers
robert@cigarassessor.com
Posted by Cigar Assessor at 11:21 AM No comments: