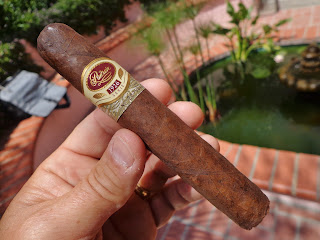 Today I got to review a cigar given to me by a friend of mine, Nate. I was very excited to received this cigar and even more to be able to review it. I decided to pair this cigar up with some, Flying Cauldron Butterscotch Non-Alcoholic Beer (Thanks to Neal at Reed's Inc.) and Paolo Fresu, Richard Galliano & Jan Lundgren's album Mare Nostrum. 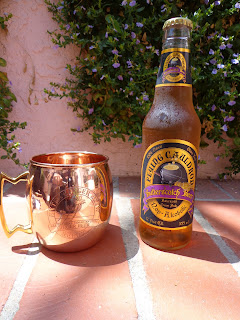 This beautiful chocolate brown cigar was a well-constructed, minimally veined, box pressed stick that felt good in my hand. These cigars are doubled banded with the Padron signature logo and label on one band and another band underneath with a serial number on it to prevent counterfeiting. A sniff of the foot and I smelled hay, leather and sweetness. The sticks aroma was hay and sweetness. I clipped the cap and I got an nice open draw of cocoa, leather and a tiny saltiness flavor in the dry draw. I toasted the foot and tasted notes of mild cedar and sweetness in my first few puffs. Later in this third I tasted a sweet saltiness, wood note and leather. The medium dense nice grey ash held on and the burn was almost even in this section. The smoke was full and creamy. The wrapper cracked a little during this section of my smoke. 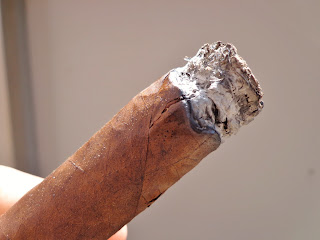 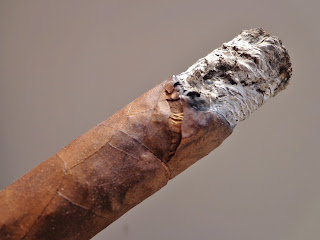 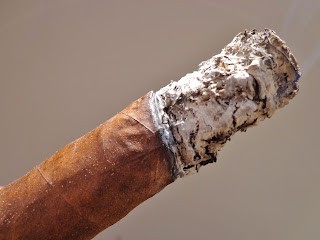 The ash held on until about half way and I decided to tap it off because it was bending. The burn was fairly even as the white full smoke continued to pump out full. I tasted leather and nutty flavors in the second third. 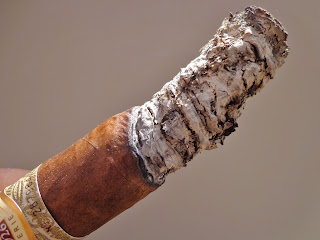 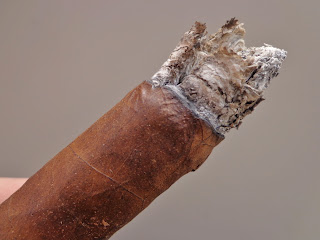 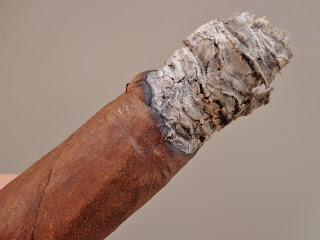 Salt, leather and nutmeg were the flavors I tasted in the last third of this cigar. The burn became even and the ash fell for a second time. The white smoke continued kicking out full. I smoked this cigar until I couldn't hold it any more. 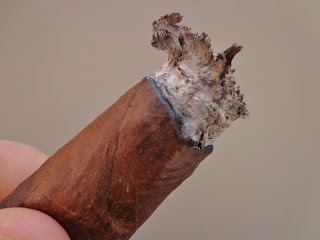 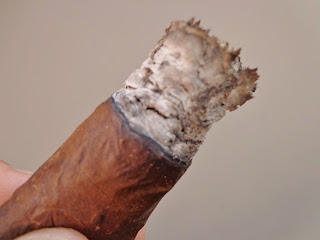 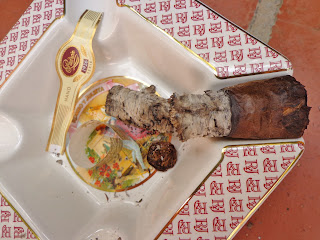 This cigar was a very nice pleasure. The pairing of the Butterscotch Beer and music only added to my enjoyment. I have found that Padron Cigars have their own underlying flavor not found in other cigars. This flavor adds to the other notes and makes their cigars unique. If you get a chance to smoke one of these cigars, I recommend it. The price point of this stick makes it hard to be an everyday stick for most. However, if you have the money give it a try. You won't be disappointed. - June 8, 2013 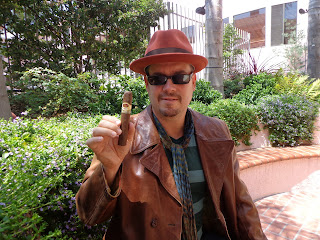 Video Review
Posted by Cigar Assessor at 6:09 PM No comments: