Today was a great friend’s birthday and he wanted to spend it at the cigar shop we love to hang at called, Old Oaks Cigar Company. So four of us committed to the hang, met up and drove over to Old Oaks. Tonight, I purchased a few cigars and decided I would review the San Lotano Habano Churchill. 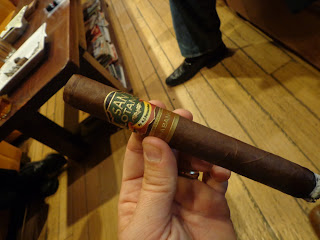 Out of the cellophane the cigar is milk chocolate in color with minimal veins. The construction on the Habano is phenomenal and feels great in your hand. The presentation is very good. It has two bands one that is gold and light brown with gold letters spelling Habano and the other is a bigger band of the company logo with many colors.


The sniff encompasses scents of barnyard and cinnamon stick. For my friend’s birthday we got him a Xikar cutter to replace the one he recently lost so I used it to cut the cap and what a fine clean cut. The draw was smooth and effortless. Using a piece of cedar lit with a wooden match I’m able to light the cigar instantly without any trouble. 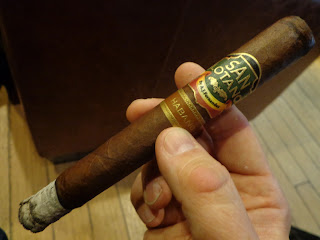 The first flavors I tasted were cacao and coffee. This Habano was already a joy to smoke. Hints of toasted nuts was now the dominate flavor with full velvet smoke filling my mouth. 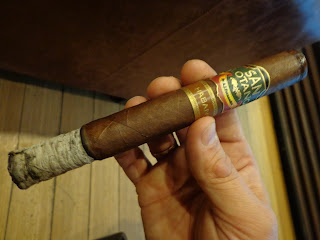 The second third and sweetness appears for a few puffs and the toasted nutty flavor returns soon after. 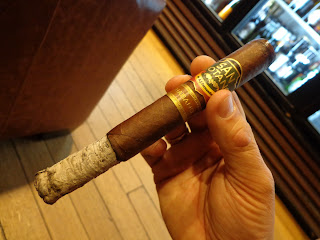 The light grey ash with minor streaks of black, falls as the burn passes the one third point of this stick. This cigar is very well constructed and the burn stays even up to this point. 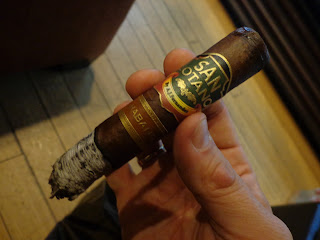 The last third and the cacao returns with walnuts ending off the last of the cigar.  The ash only fell twice and the burn stayed even throughout the whole smoking experience. 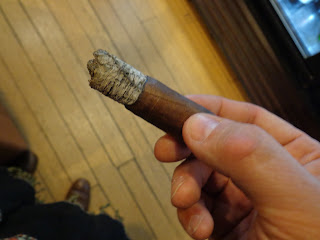 I enjoyed this cigar from the first puff to the last puff. I recommend this cigar to people who love a full flavored well-constructed cigar without a bite.
I purchased a box about 6 months ago and never experienced a bad stick in the batch. The cigar I smoked for this review was purchased tonight from the store we were hanging out at. - March 1, 2012 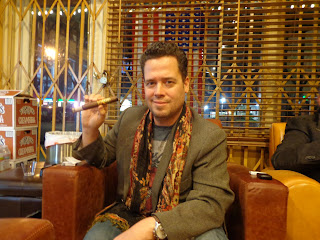 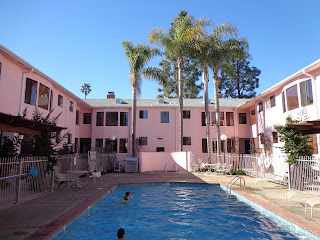 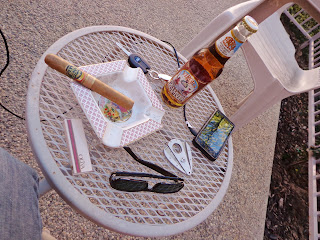 The weekend came early on this first day of March. The kids were released early from school and it was 77 degrees on this clear sunny day in Los Angeles. What better than to sit by the pool with a San Lotano Connecticut Toro while the kids splashed around in the pool? Too early to break out the single malt so a Virgil’s Micro Brewed Cream Soda will be a nice accompaniment to this light cigar. Some jazz trumpet playing in the background on jazzradio.com and all is right in the world. 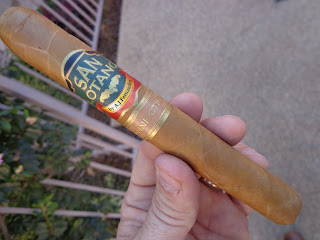 Examining this stick fresh out of the wrapper reminded me of a spring roll from my favorite Thai restaurant. Light brown with medium veins. Placing the cigar under my nose and barnyard hay scents filled my nostrils.

Clipping the cap with my Xikar cutter and a crack appeared close to the cap. Nothing major. I take a draw and it draws very smooth with no leakage from the crack. 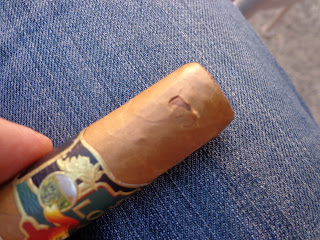 Lighting the foot with a single match, my mouth immediately filled with an earthy flavor of smoke. A few more draws of thick creamy smoke and I taste hints of leather and hay. 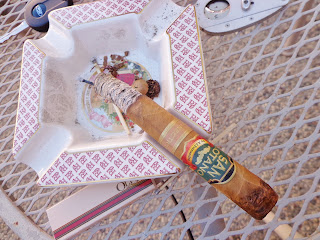 Beautifully mingled colors of grey ash falls around the 1/3 mark. The draw and burn continues to be flawless as the flavors of roasted almonds and coffee dominate this cigar. The creamy smoke continues to flow thick throughout. 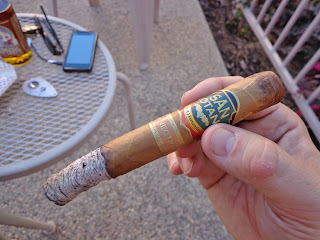 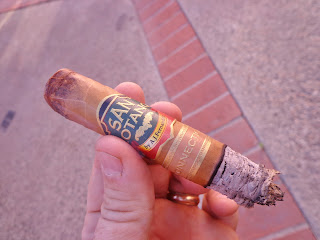 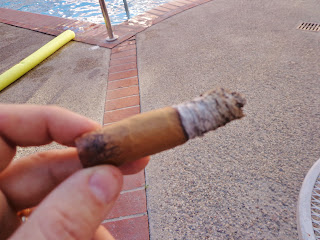 I didn't want this cigar to end as I pinched what I could hold onto but feeling the heat on my lips I knew it was time to place this cigar down and call it a day. 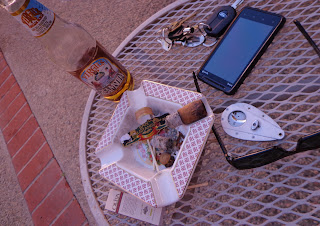 The smooth flavors of this cigar never became overpowering on this beautiful afternoon and the burn never needed a touch up.


I never was a fan of Connecticut wrappers until I smoked this cigar over a year and half ago. I have never been disappointed with San Lotano’s Connecticut cigar. - March 1, 2013 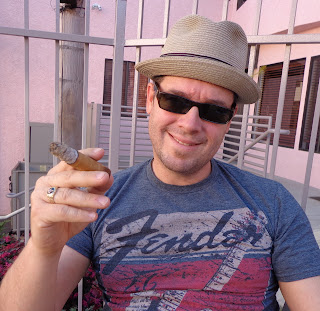 Robert Anthony Meyers
robert@cigarassessor.com
Posted by Unknown at 11:53 AM No comments: