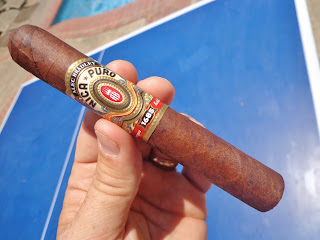 I was introduced to this cigar by Maurice Karroum who gave me one to try while hanging at his cigar shop, Havana Cigars in Studio City. I liked it so much, I purchased another one for this review. I will be paring this cigar with some Virgil's Root Beer and Trader Joe's Dark Coconut, Caramel Bar.

I pinched this nicely sheened, darkish chocolate, well-constructed, minimal veined stick from it's wrapper and smelled hay and earth from the foot and earthy baseball field from the stick. It is double banded. Very nice and colorful bands. I clipped the cap and got a burst of spice from the nice open draw. After a couple of peppery dry draws, I lit the foot and tasted cedar from the full creamy smoked flowing from the stick. Later notes of coffee and caramel join strong cedar in this section. The nice grey medium dense ash held it's form for a third of the stick before it fell. The burn was a little uneven, but this could be due to the wind on this day. **The other ABNP 1685 that I smoked inside had a perfect burn. 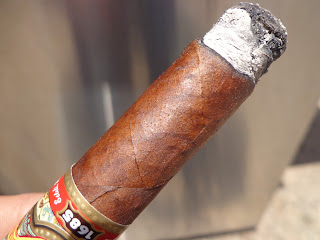 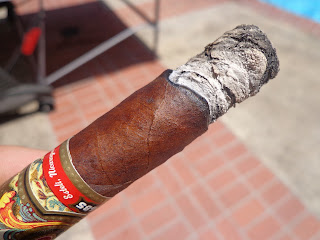 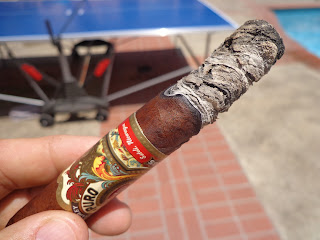 The second third and roasted coffee, sweetness and salt were the notes I tasted. The draw was still open and the smoke kicking out full. The burn was still a little uneven. Both bands came off easily without an incident of tearing and there wasn't any defects underneath. 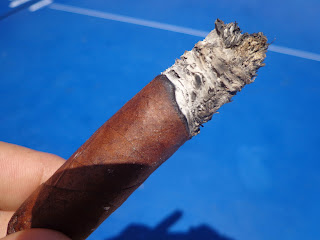 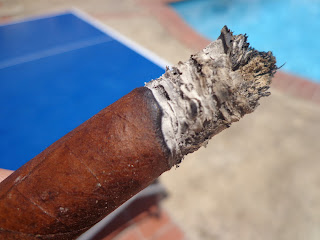 The last third and the burn almost evened out after a touch up. The nice grey ash fell again during this section and the white smoke was still pumping out full and creamy. Flavor notes of leather, citrus and toward the end a nice sweetness to finish the cigar. 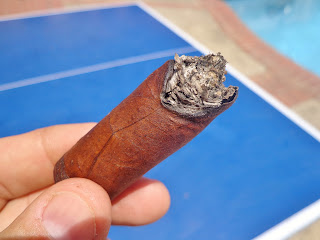 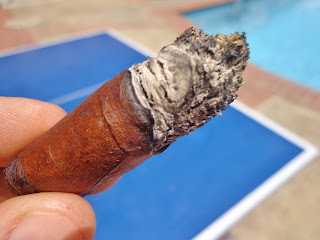 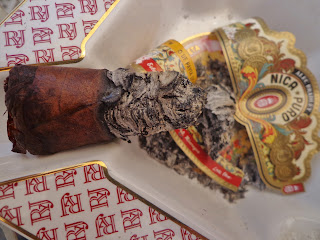 I smoked this cigar until I couldn't grasp it with my index finger and thumb anymore. I didn't want it to end. This could be my favorite cigar of the year so far. I wish I had a few more in my humidor. If you see this cigar grab a few and try them out, you won't be disappointed. This is definitely a Cigar Assessor Approved Cigar.
-May 21, 2013

** The first cigar I smoke a few days earlier. 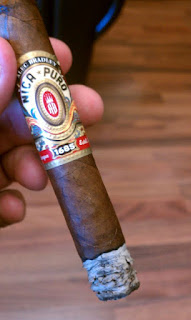 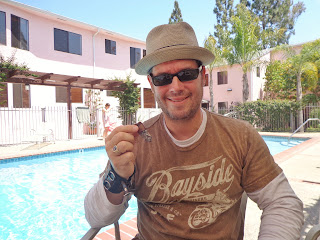 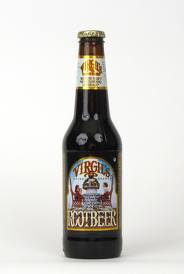