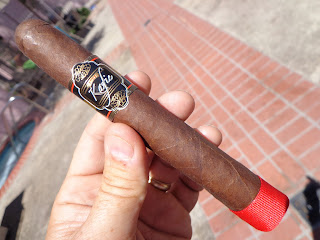 Gaby Kafie sent me two of his new 1901 Don Fernando cigars and I was excited to receive them. Today I sat down by the pool with this cigar, a capt' Eli's Root Beer and some Trader Joe's Triple Ginger Cookie Thins.

This chocolate colored cigar is well constructed with minimal veins running through it. The band is simple elegance and the foot has a piece of red ribbon wrapped around it. The stick had a light sheen to it. I took off the ribbon and sniffed the foot and a strong chocolate smell is filling my nose. I smelled a sweaty barnyard from the stick. I clipped the cap and took a dry draw of hay and a spice. I toasted the foot and tasted cedar and coffee from the first few draws of full creamy smoke. I also tasted hints of citrus and nuttiness later in the first third. 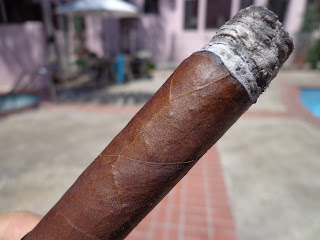 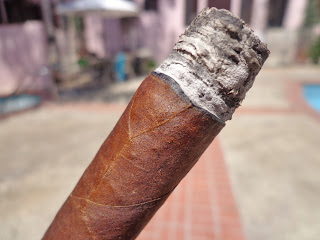 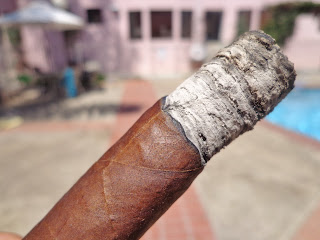 The nice grey dense ash held on until the second third and fell. The smoke was still kicking full and the burn was slightly uneven and needed a touch up. The flavors I tasted were citrus, leather, salt and nuts. 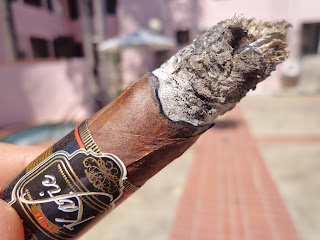 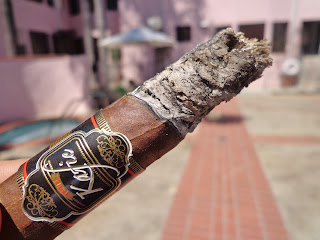 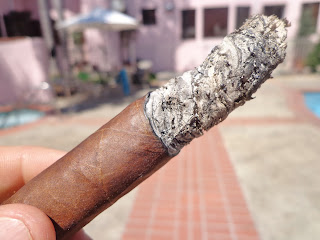 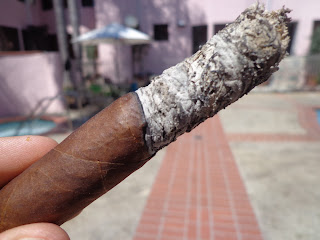 The ash fell again as the burn evened out it the third section. The draw remained nice and open as the smoke was still white, full and creamy. A mild sweetness flavor along with coffee and pepper filled out the flavors of the last third of this cigar. 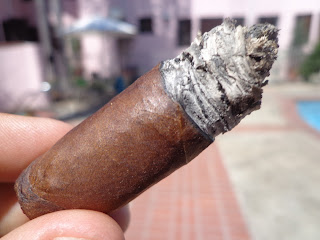 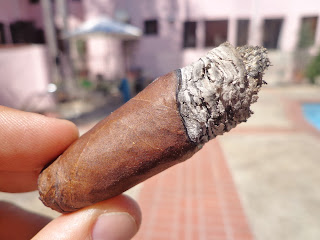 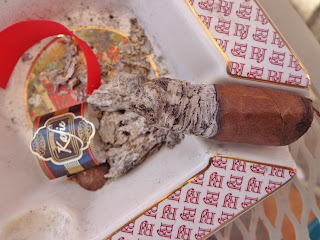 This cigar was a very nice smoking experience and if you can get your hands on a few, I would. The Kafie 1901 Don Fernando Maduro Toro is a Cigar Assessor Approved Cigar.
- June 27, 2013 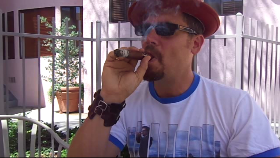 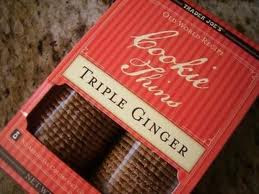 Posted by Cigar Assessor at 2:42 AM 2 comments: