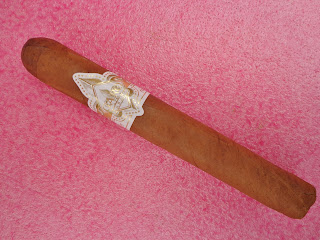 It was an overcast 65 degree afternoon and I decided it was time for a nice smoke. I picked a Garo Los Lectores Robusto from my humidor. I also decided to pair this cigar up with a Natural Brewed Vanilla Creme Soda and a Theo's Organic Fair Trade Salted Almond Dark Chocolate Bar.

I sat by the pool and put on the album, East West Trumpet Summit by Ray Vega and Thomas Mariott and pinched the well constructed, honey brown stick with minimal veins out of it's wrapper and sniffed the foot. I smelled scents of hay and cocoa from the foot and barnyard from the stick. I clipped the cap and took a nice open dry draw of spice and hay. I lit the foot and I tasted cedar notes from the first few draws. Later I tasted nutty notes. The burn was a little uneven and the smoke was medium to full. 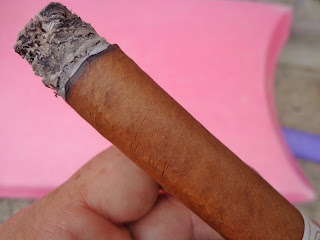 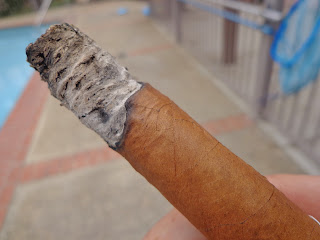 The nice dense grey ash with streaks of black held on until about halfway through. The burn continued to be a little uneven and the creamy smoke was kicking on full. Notes of nuts, cedar, earthiness and salt were the dominate flavors in this section. The nice white with gold band came off without incident or damage. 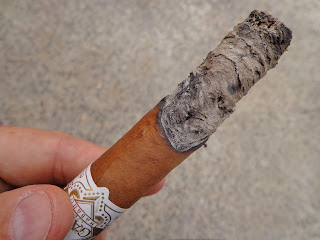 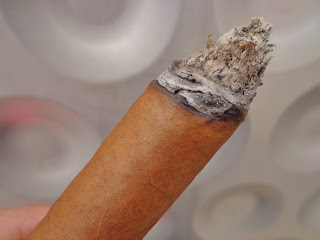 The last third and the burn evened out, and the smoke was still thick and full. Hints of citrus, nuts, cedar with a little spice were the flavors that I tasted during this section of the stick. I smoked this cigar until I couldn't hold it anymore. The paring of the chocolate with the cigar was very nice. Give it a try. 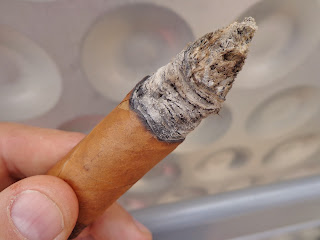 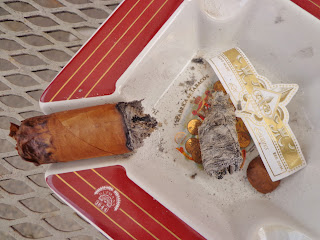 Another great smoke by Garo Cigars. If you can't find any in your area go to, www.garohabano.com and purchased a few for your humidor. You won't be disappointed.
- April 30, 2013 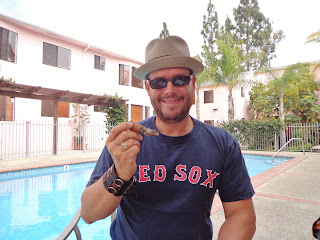 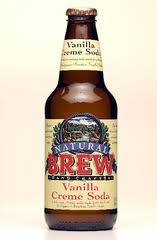 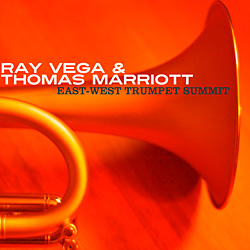 Posted by Cigar Assessor at 8:25 PM No comments: