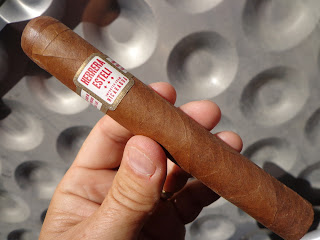 The cigar I reviewed today was a recommendation by Michael Howe owner of Tampa Humidor. The Drew Estate Herrera Esteli has been receiving a lot of buzz in the cigar world so I decided to review the toro stick. I paired this cigar up with some Sumatra iced coffee with beans roasted from Coast2Coast Roasters in Arcadia, CA.

This well constructed, nice honey/nut brown cigar had minimal veins and felt good in my hand. The band is humble and retro in style.  I took a sniff of the foot and smelled mild cocoa and hay and an aroma of sweat and barnyard from the stick.  I clipped the cap and took a dry draw of hay. I lit the foot and tasted cedar at first and then nuts in the first few puffs of full white smoke. The draw was nice and open. Later in this first third I tasted notes of sweetness and salt adding to the cedar and nutty flavors. The dense ash was a nice grey in color with a few streaks of black. The burn was even. 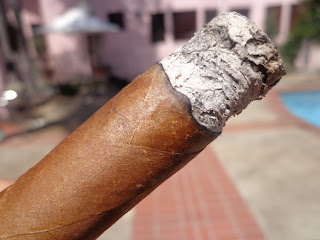 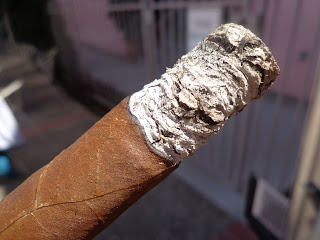 The nice dense ash fell around a third of the way in and the burn was even. The smoke continued to pump out full and the flavors I tasted were leather, wood, spice and nutty. The ash fell again before the last third. 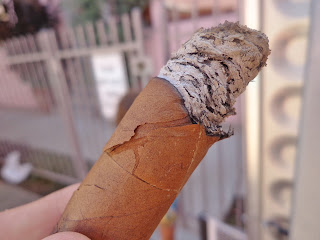 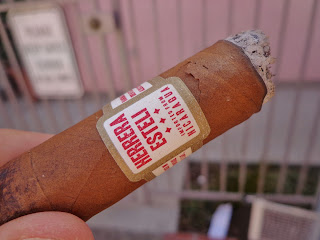 The last third and I tasted hints of cedar, wood, honey and a mild pepper flavor. I was able to take off the band without incident. The burn was a little uneven and the smoke was kicking full. I was surprised to see that the cigar's wrapper cracked and split in this section toward the end of the smoking experience. It didn't affect anything but the appearance. 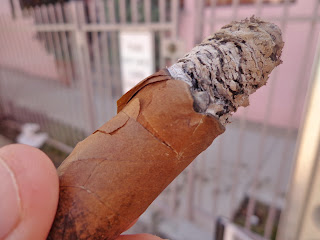 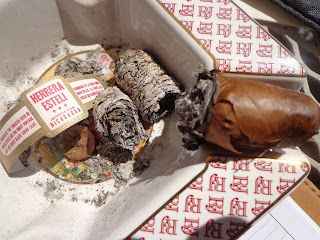 Overall this was a very nice smoking experience and a great cigar. I can say without  doubt, this is a Cigar Assessor Approved Cigar. (CAAC) 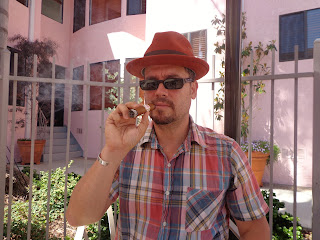 Video Review
Posted by Cigar Assessor at 10:10 AM 2 comments: