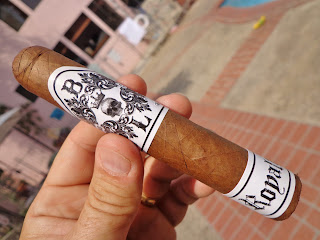 I was recently sent three cigars from Brad Bortz of the Black Label Trading Company and today I decided to smoke and review the Royalty. I will be pairing this cigar up with some Virgil's Black Cherry Cream Soda and Sweet Riot's Pure 70% Dark Chocolate with Fabulous Flax.

This cigar come heavily banded with a big band at the foot with the name of the cigar and a oversize band close to the cap that covers almost a third of the cigar.

I sniffed the foot and smelled jasmine, this is a first for me. I also smelled a floral and minty aroma from the stick. Another first. I clipped the cap on this well constructed, minimally veined, honey nut colored cigar and tasted leather from my first open dry draws. Taking off the band at the foot, I then toasted the foot and tasted nutmeg from the first full puffs of creamy white smoke. The draw was nice and open. Later cedar and floral notes joined the nutmeg. The burn became uneven as this stick's burn line moved toward the second third. The nice dense grey ash held on for the first third. 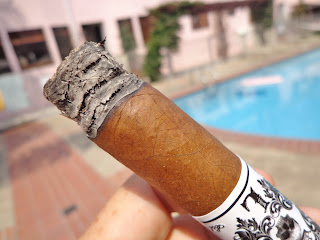 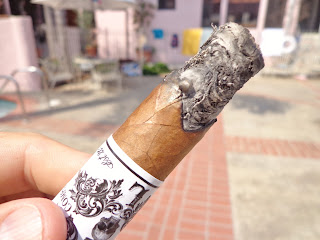 The grey ash with streaks of black fell about halfway into this smoking experience. The burn became very uneven and needed a touch up from my lighter. The smoke was still full and creamy and the draw open. I tasted hints of citrus, roasted coffee and leather in the section section. 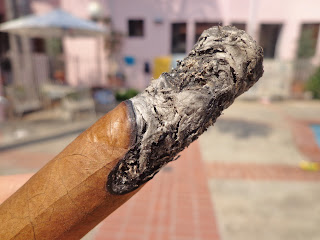 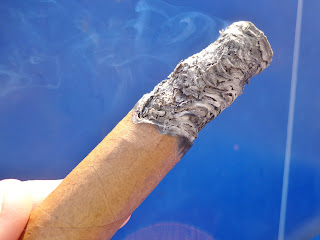 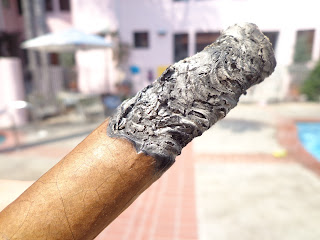 The last third and the burn even out while the smoke still pumped out full. The draw remained open and notes of leather, pepper and nuts were prevalent in this section. 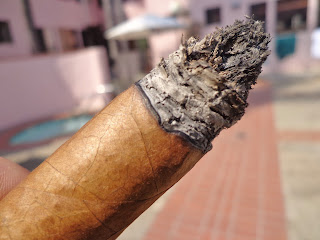 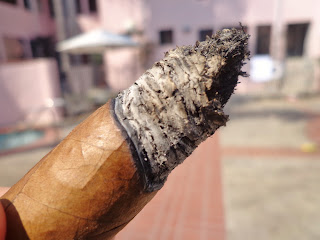 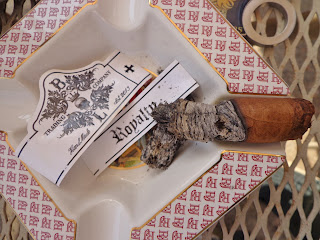 This was a very pleasurable smoking experience. I only wish Brad sent me two so I could enjoy another without having to review it. The Black Label Trading Company  was established this year and are starting off right. I give this cigar the Cigar Assessor Approval and recommend this cigar. -July 1, 2013

You can find information on this company and their cigars at, www.BlackLabelTrading.com and www.facebook.com/blacklabeltrading.