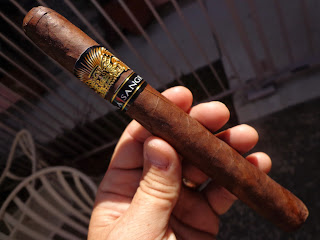 The people at the Ventura Cigar Company sent me over some samples a few months ago and I reviewed their cigar, Estilo and placed the Pura Sangre in my humidor. After smoking a couple, I decided today was the day to review my last one. I will be paring this bold cigar up with a Virgil's Micro Brewed Cream Soda and some Trade Joe's Dark Chocolate Mint Creams.

This well-constructed dark chocolate stick had minimal veins. The band is of a tribal image in gold surrounded by black. The name Pura Sangre is written underneath in white letters. I sniffed the foot and smelled sweet hay. The stick smelled like mushrooms. I clipped the cap and took a dry draw of mild cocoa. I toasted the foot and tasted hints of cedar. Later a citrus tang and leather note joined the cedar flavor. The nice grey ash held on for the first third and the smoke was full. The burn was uneven and needed to be touched up. This could be attributed to a mild breeze blowing. 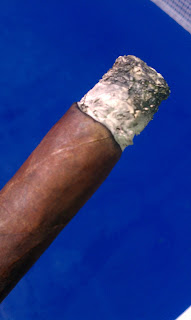 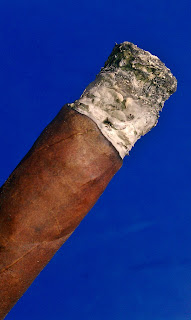 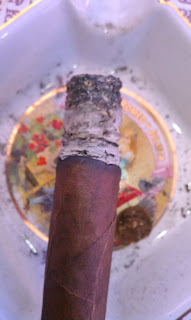 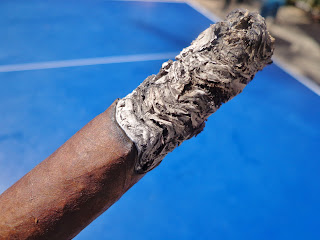 A little into the second third and the dense ash fell. The burn was still uneven and the smoke kicking full. The flavors I tasted in this section were hints of ginger, leather, cocoa and nutty. Flavor filled in this third. The ash fell again at the end of this section. 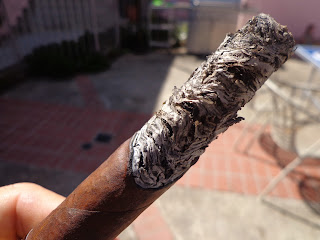 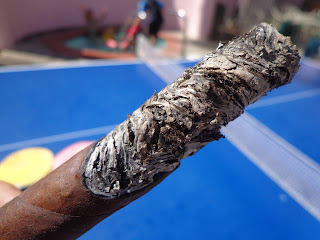 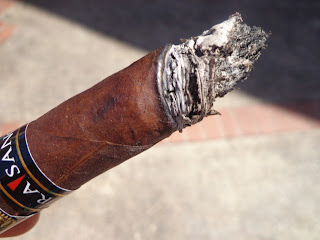 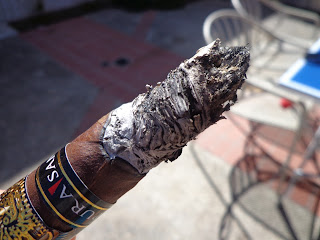 The last third and leather, sweetness and honey were prevalent flavors. The burn evened out and the smoke was still pumping out full. I smoked this cigar until I couldn't hold it anymore. 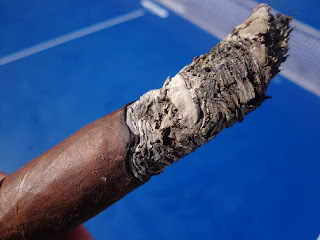 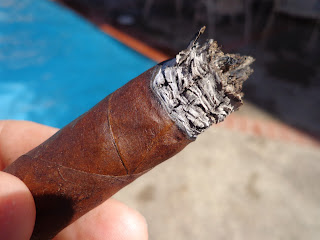 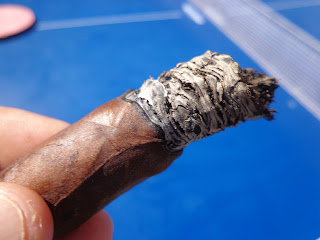 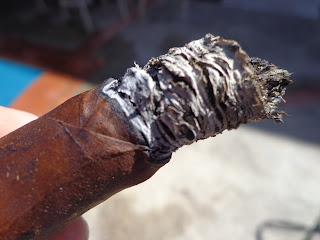 I enjoyed this smoking experience. The people over at Ventura Cigar Company make a nice cigar and I give it the Cigar Assessor Approval. If you see it grab one or two and give it a try. - June 19, 2013 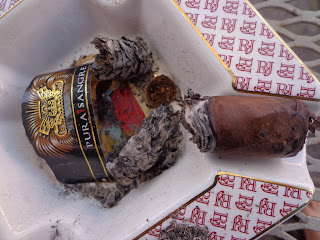 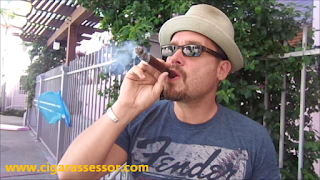 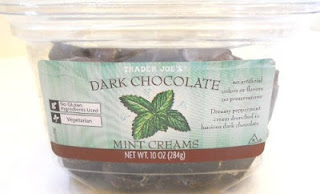 When I finished recording this review the news about James Gandolfini's death was just surfacing. I love watching the Sopranos and was sadden to hear of this. A man who loved his cigars. 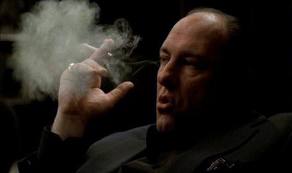 Soft and safe to thy resting place.
Posted by Cigar Assessor at 9:05 AM