A mild afternoon and I decided it was about time for a smoke and splash of scotch. The slow melodic walk over to the humidor and the ceremony of lifting the cover and smelling the sweet aroma that perpetuates the area is something that I look forward to. I take it in and glaze over the selection. What to smoke? What to smoke? I received a Torano 5 cigar sampler with the box of the Signature Collection (reviewed February 26, 2013) that I recently purchased, Therefore, I will choose one of these. I pick the Torano Single Region Serie Jalapa Robusto and pour a splash of McCallan 12 year in a glass and head out to the carport with the kids. They will play while I relax as much as one can watching three kids. I pop open the trunk and place the computer inside and cue up Ultra-Lounge Volume Fourteen: Bossa Novaville. Here we go. 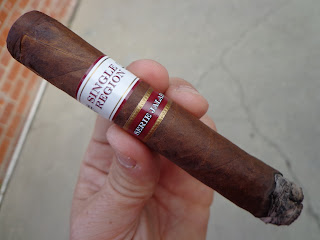 I pull this chocolate brown stick out of its wrapper and the smell is of sweetness and hay. It is wrapped with double bands that are a simple elegance on this cigar. The wrapper has very minimal veins. One cut of the cap with my Xikar cutter and the first draws taste like a cinnamon stick. I then light the foot with my Lotus cranberry colored torch lighter with a cutter on the back. The first draws and hints of cocoa swirl around my mouth while a light pepper hits the back of my throat. The smoke is full and smooth. 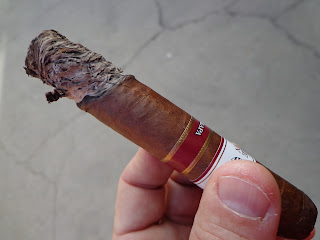 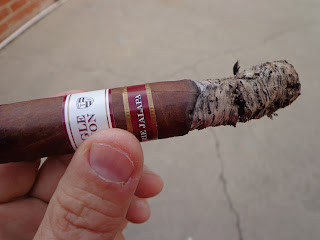 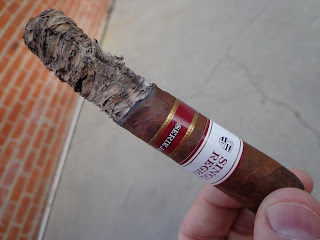 The uneven burn of the first third has an ash introducing a hotchpotch of greys, streaks of black and a dusting of brown. As the burn creeps toward the halfway point it is fighting to even out and almost gets there until it falls off. Notes of leather and cedar are prevalent. The heavy smoke is in high gear.


The last third and pepper kicks back in and mixes with a woody note and some sweet raisin. The smoke never lets up but the burn is very uneven and I have to chip off some of the wrapper with a piece of cedar. I smoke this stick until I can't hold it. 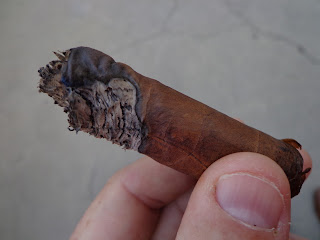 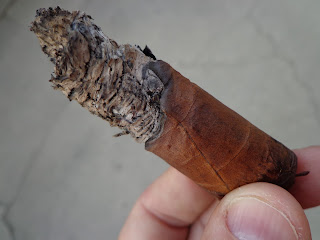 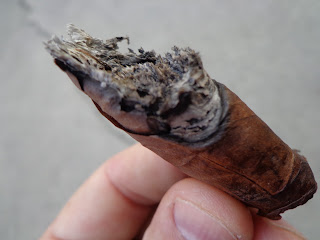 Overall this was a nice full flavored smoke with and the only downside was the uneven burn from beginning to end which took about an hour. -March 6, 2013 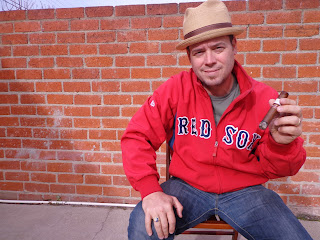 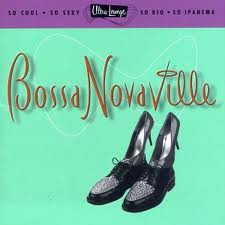 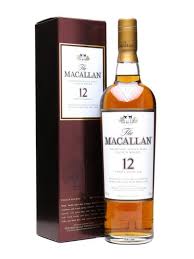