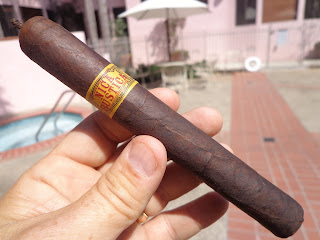 Today, I reviewed a cigar that I received from the Drew Estate Booth at IPCPR. The Nica Rustic.  A rustic looking, well-constructed, dark chocolate brown, minimally veined cigar with a pig tail and shaggy foot. The band reminded me of a roadside billboard. It makes you look at it.  I sniffed the foot and smelled leather and wood. I also smelled leather and wood from the stick. I clipped the pig tail and took a nice open draw of hay and leather. I tasted hints of cocoa and cedar from my first full creamy puffs of smoke. Later on in the first third, I tasted notes of roasted coffee, wood, cocoa and a tanginess. The burn was even and the dense gray ash held on for almost the whole first third before it fell. The smoke was full and creamy throughout. 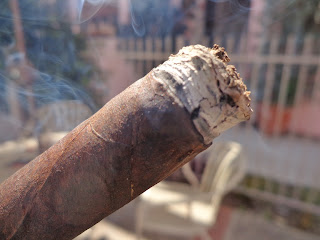 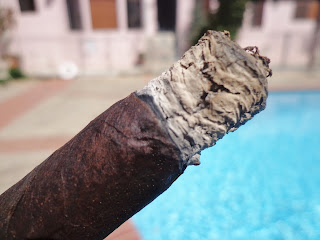 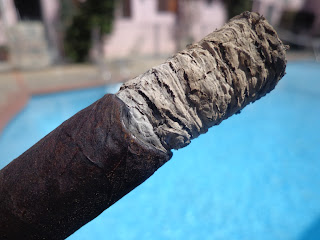 The second third and the burn remained even and the smoke continued kicking out full and creamy. Hints of leather, white pepper and honey were the dominate notes I tasted in this section. 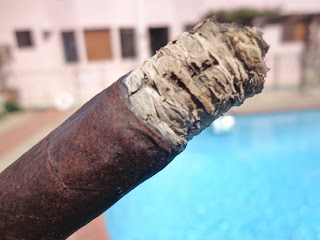 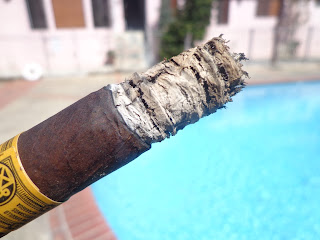 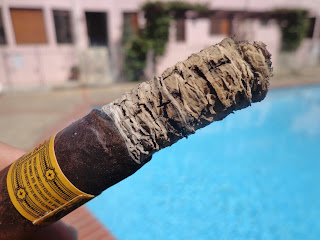 The last third and spice, leather and sweetness were the notes I tasted. The band came off and had too much glue and opened a crack underneath it. It didn't effect smoke or flavor and it didn't unravel the wrapper. The burn continued and finished even and the smoke was still full and creamy. 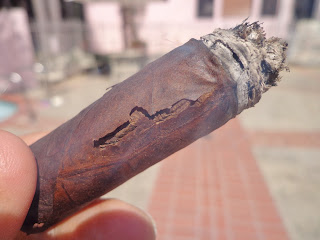 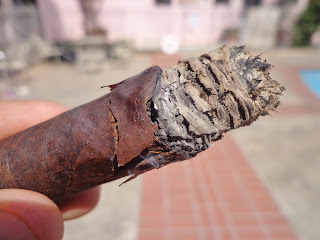 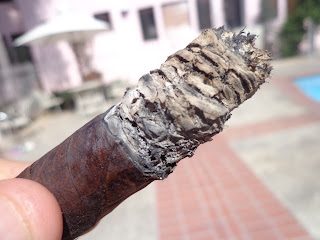 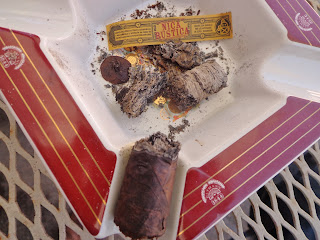 I really enjoyed this cigar and give it the Cigar Assessor Approved Cigar. When you get a chance to get one, get a couple. You'll be glad you did. -September 18, 2013