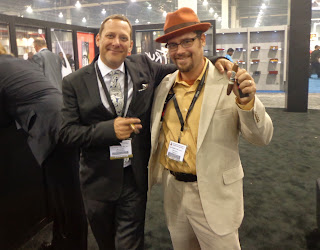 Going to the Alec Bradley booth at IPCPR to see my friends Barry Blonder and Casey Aldulaimi was a good thing for many reasons and one of them was Barry placing a Alec Bradley Mundial No. 5 in my hand. I wanted to smoke it then and there but decided to save it and I'm glad I did. 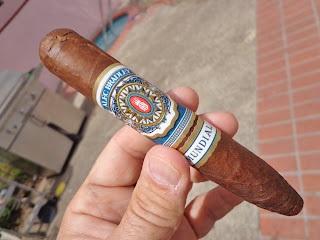 Today was the day, I decided to pull the world out of my humidor. Alec Bradley's Mundial (Spanish for world) was the tasty treat I was going to smoke. I paired this stick up with a refreshing glass of iced coffee and a Dove Dark Chocolate bar. The beautiful artwork on the band of this stick was multi tonal and very eye catching. The second band has the cigar's name on it. The stick's shape is called, Punta Lanza which means "point of the lance". This cigar was chocolate in color and well-constructed with minimal veins. I smelled hay from the small pointed foot and barnyard from the stick.

I clipped the cap and took and open dry draw of hay and earth. Toasting the tiny foot and clouds of smoke pumped out instantly. Cedar was the first note of flavor I tasted. Later, I also tasted hints of cinnamon, leather and wood as the light grey ash with it's even burn line made it past the first third without falling. The smoke was full and creamy in this first section. 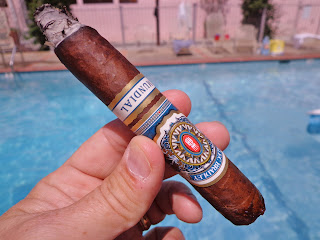 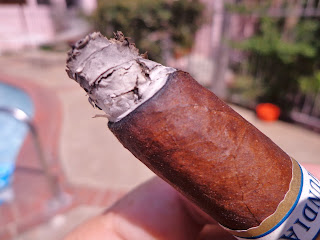 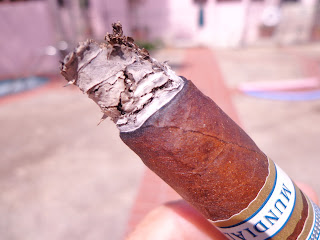 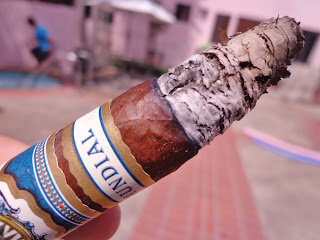 The second section and the burn line remained even and the smoke full and creamy. The dense ash fell in this section and broke into only two pieces when it hit the table. The flavor notes were cedar, spice, leather and honey. Once I tasted a hint of barnyard for a couple puffs. I took off both bands without incident of sticking, tearing, glue or defects. The first smaller band I peeled off and I slipped the second bigger band off the cigar. 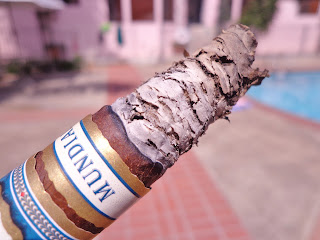 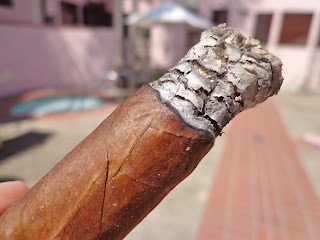 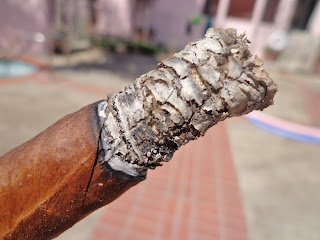 The last third and the dense grey ash fell for the second time and the burn remained even. This was even with a slight breeze blowing. Sweetness, nuts, citrus and spice notes rounded out the last third. The smoke continued kicking out full and creamy. I smoked this cigar until I couldn't hold it anymore. 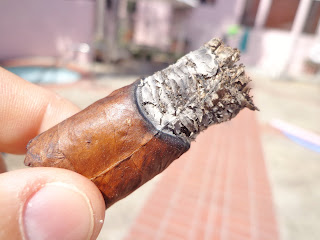 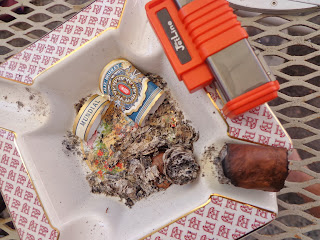 This was a great smoking experience and a Cigar Assessor Approved Cigar. I am looking forward to smoking more of these cigars when I can get some. From what I was told they won't be available until the end of September of this year. However, when they become available, I wouldn't hesitate to grab a few of them. You'll be glad you did. - July 22, 2013